All things need to know
before travelling to Phan Thiet

Phan Thiet in particular and Binh Thuan province in general, it was only a central coastal area like other areas. The life of Binh Thuan people remained calm until October 24, 1995, total eclipse to the city of Phan Thiet as a gift to heaven has attracted hundreds of thousands tourists as well as scientists to explore the land features many wild. Since that day, travel Phan Thiet – Mui Ne , the end of the heart of Central Vietnam. It’s bordering the Southeast and only 200km from Ho Chi Minh City – became famous on the map of Vietnam tourism. South and the world.

How Phan Thiet is Impressive?

There are some assumptions about the name of Phan Thiet and most agree that “Phan Thiet” is not a pure Vietnamese name:

When there were no Vietnamese settlers. Cham people called this land “Hamu Lithit” – “Hamu” is rice field, “Lithit” is near the sea. At the beginning of the Vietnamese settlement, no one intended to this land a new name in Vietnamese. Over time, the last syllable “Lithit” is associated with the sound “Phan” separated from the transliteration of the name Phan Rang. Phan Ri that Phan Tiet (former name) and later call standard with the Named Phan Thiet.

The Vietnamese have re-pronounced the name Cham before: Mang lang (Phan Rang), Mang-lý (Phan Ri), Mang Thiet (Phan Thiet). These three places are collectively referred to as “Tam Phan”. Po Thit (the prince of Princess Po Sah Inu, the son of Cham King Paralympic, or Chanh Tea), built the town of this land in the 14th century.

In the heart of Phan Thiet city. The tranquil Ca Ty River flows through, dividing the city into 2 districts. The commercial area in the south bank and the administrative, military area on the north bank, giving Phan Thiet a nice look. poetry is full of charm. The Ca Ty River about 7.2 km long, was originally named Phan River, when the Phan Thiet town was established. It was called Ca Ty River, upstream upstream of Muong Man River. Across the Ca Ty River is the Le Hong Phong Bridge was inaugurated and put into use since December 2002. There is a traditional boat racing festival celebrating the spring, bearing bold traditional culture of the local. Every year on the second day of the Lunar New Year, on the Ca Ty river.

When is the best time to go to Phan Thiet?

The city of Phan Thiet is in the dry, tropical climate typical of the region, windy, sunny, with little thunderstorms, with no frost, with average annual temperatures of 26°C to 27°C. January, February and December (average temperature 25.5°C) cooler than other months of the year. April and May are the hottest months in Phan Thiet, sometimes up to 29°C.

December, January and February (average temperature 25.5 ° C) cooler than other months of the year. This time is very suitable for vacation in Mui Ne. Especially families with young children by the sun but the air is cool, the sea is very windy.

If you want to travel to Phu Quy island you should select the month of March by this time quiet sea. It’s not affected by heavy rain or bad weather should ship to the island rarely interrupted.

How to get to Phan Thiet?

As the last point of the central coastal strip, the only way to get to Phan Thiet is by road.

From Hanoi to Phan Thiet

To get to Phan Thiet from Hanoi, if you want to save time you are required to use at least two types of means combined aircraft + car / train. The nearest airport to Binh Thuan is Cam Ranh or Saigon, depending on what you can get cheaper tickets to use for your trip. However, the fact that the flight to Saigon from here to Phan Thiet more convenient because from Saigon there are many trips to Phan Thiet run continuously, about 4-5 hours you will be to Phan Thiet.

From Saigon to Phan Thiet

Saigon is about 200km from Phan Thiet, the time between two cities will take about half a day. You can choose to use private vehicles, or choose public transportation depending on your itinerary.

On the train also own a carriage to serve the train guests, serving some dishes such as rice noodles, noodles… also have coffee and other drinks. This chamber has more than a dozen tables can hold a few dozen people.

There are a lot of sleeping buses running from Sai Gon (and some other provinces) to Phan Thiet. Compared to trains, bed tickets to Phan Thiet will be cheaper, more time running so there will be more options than the train.

The bus system in Phan Thiet is not much. But there are some basic routes so that you can go to the necessary points. Such as Mui Ne, Hon Rom, Ke Ga… At other locations, if you are not on the bus route you will probably need to hire a motorbike or taxi to get there.

Phan Thiet City is not too large city. But the tourist spots in the city are quite far apart. If you travel to Phan Thiet with family or group friend. You should use private car or taxi.But if you travel alone so the best way to explore Phan Thiet is the motorbike. With a motorbike hire in Phan Thiet, you can easily and more actively move.

Hotel system in Phan Thiet concentrated mainly in Mui Ne area with hundreds of resorts, hotels, guest houses. That can serve the huge number of tourists coming here every year. At the center of Phan Thiet City, the number of hotels is not too many. But there are some outstanding hotels with good quality, reasonable prices to satisfy many tourists.

This service in Phan Thiet has not yet many. Specially attracted many young people as well as foreigners in Vietnam. These homestays have the advantage of being inexpensive, always with cheap food and beverage services, multicultural environment because each person comes from different geographic areas so it is always fun, homestay you always have the opportunity to learn and receive the information sharing Phan Thiet travel from the other friends there and went ahead.

With its continuous development, Quy Nhon was recognized as the first-class city under the province by the Prime Minister in 2010 and voted as the top destination in Southeast Asia by Rough Guides UK in 2015. Discover Quy Nhon 4 days 3 night, You will be overwhelmed by the wild beauty, clarity and magnificent that nature bestowed here.
Click Here
Popular Choice 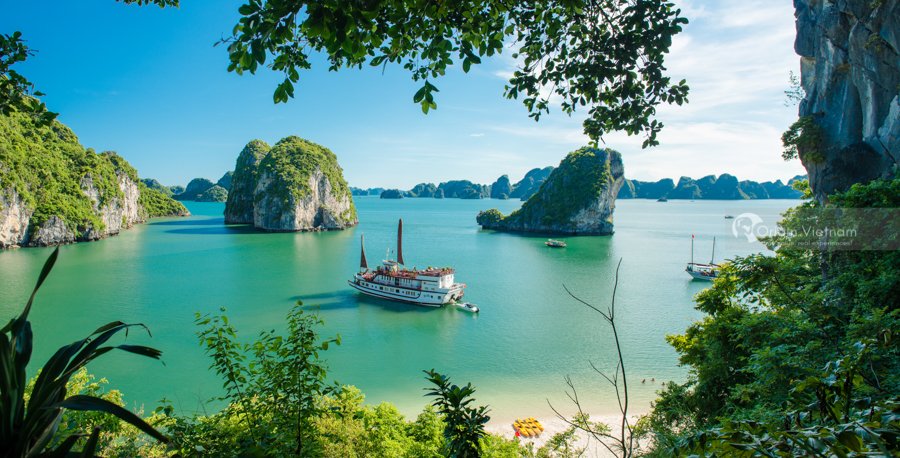 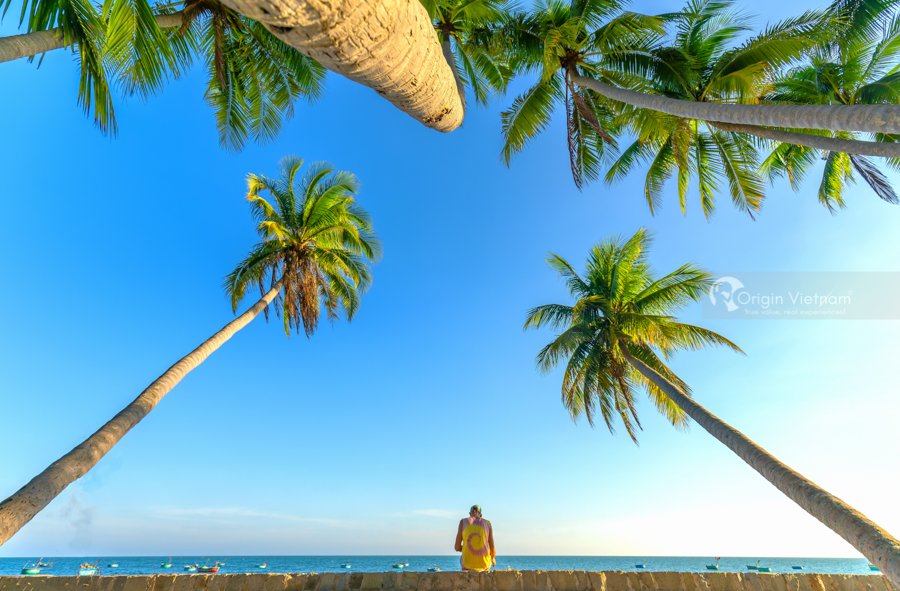 This beach package is designed for beach lovers, and Vietnam, with its idyllic tropical climate and 3,444 kilometers of coastline, is a beach lover’s paradise. 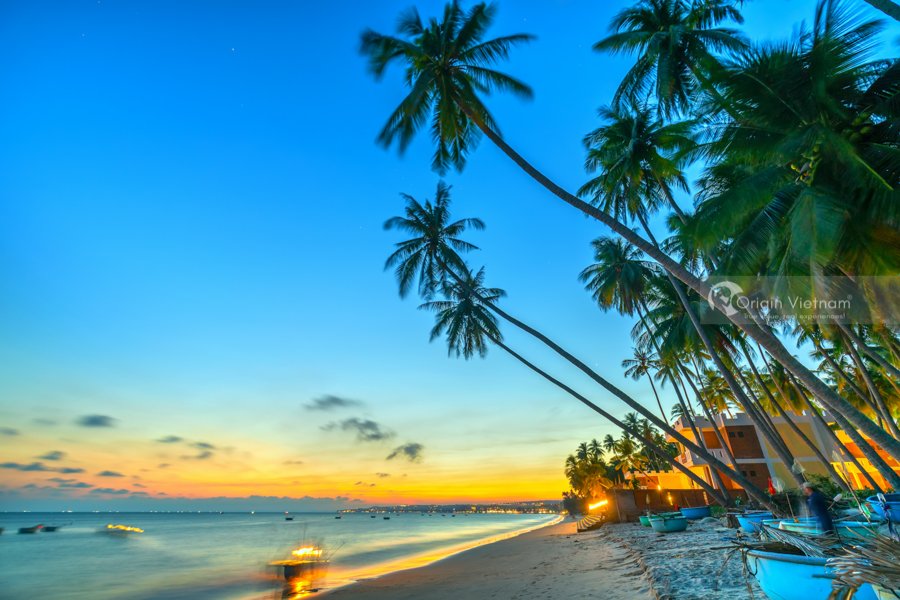 Need some ME-Time? Need some relaxation in your busy life? The Beaches Break Holiday is your chance to escape the chaos of the city and

All Things Need to know before travelling to Binh Thuan

Appearing for the first time in the world, Vietnam opens the monumental monumental Forgotten Land Sand Park with a large scale. Promising to be an

Phan Thiet is a famous tourist destination with many interesting sightseeing. Such as Rom Island, Cham tower, Cu Lao Cau… Besides, there is Phu Quy

If one day you suddenly crave the sea atmosphere but have limited time. Ke Ga cape is an ideal place your day tour from Phan

Cu Lao Cau is an emerging “paradise” that is causing a fever recently for all travel enthusiasts. Wild, mysterious, interesting the impressive points that Cu

Mui Ne is a place that is too familiar with domestic and foreign tourists to travel to Vietnam. In addition to swimming, participating in fun

4 Ideal Destinations When Traveling To Yen Bai On Spring