All things need to know
before travelling to Mai Chau

Located in the west of Hoa Binh. It’s about 140km from Ha Noi. Mai Chau valley is the destination of hundreds of thousands tourists each year. Visitor come here to blend into the natural Discover and discover the life of the Thai people.

How Mai Chau is special?

There are many attractive tourist attractions such as “neighbor” Moc Chau. But Mai Chau valley still attracts many tourists and filled with romantic beauty. Such as. cool fresh air, culture diverse, rich and characteristic cuisine.

Mai Chau was formerly called Muong Mai, which was formed around the 13th century. The Tran Dynasty. Right from the Tran dynasty, the children of Muong Mai landed on the border, made many feats, rewarded by the court. The red shirts of the ethnic minorities in Mai Chau have caused many phenomena to the Ming terrorists.

In period 1945. Thai society in Mai Chau was clearly divided. Social dominance is the system of hereditary inheritance, below is the creation of the state, the principal. Direct management in the village is the creation of the poems, create the village, help the creation of the country, the text in charge of collecting taxes, rice, meat, produce to pay, It can be said that, under the regime of land, the land is in the hands of the ruling class, the peasants are badly exploited and impoverished.

It is a worth a visit Mai Chau

Since the French colonial period, Mai Chau belonged to Cho Bo district, Hoa Binh province. In October 1890, Mai Chau and Da Bac were combined into one, called Mai Da. After a period of existence, Mai Da split into two and remained until 1941 Mai Chau and Da Bac re-merged into Mai Da.

When is the best time to visit Mai Chau?

The climate of Mai Chau is strongly influenced by the Northwest monsoon, with its own unique tropical climate, the hot summer hours of the day. 5 – 6 hours, winter is 3 – 4 hours. Average annual humidity reached 82%. Mai Chau climate has two distinct seasons each year. Rainy season from May to October and rainfall is most concentrated from July to September. Dry season from lasts November to April next year with dry climate, foggy day and drizzly cold.

How to go to Mai Chau from Ha Noi?

Mai Chau is about 140km from Hanoi. To move to the upland district of Hoa Binh, you can choose to go by motorbike. , have the ability to ride mountain bike) or choose to catch cars to Mai Chau. If not in time you can take passenger car bed to Son La to Tong Dau. Then rent a motorcycle to go into town (about 5km).

Lac Lac and Pom Coong are close together, walking around the village is the best way to discover a beautiful and peaceful. The limitation of walking is that you will only be able to walk around the village, further away there is not enough time to go if using this way.

This type of bicycle tourism is increasingly chosen by many tourists as foreign tourists, in part because this is a very environmentally friendly form, the other is cycling around the middle of the pitch. The dream of Mai Chau will be wonderful. Delighted to ride the bike, breathe fresh air, and can comfortably see the scenery, bicycles are also more convenient to go to the small.

This is very important should not be missed before traveling to Mai Chau. Here, Thai stilt houses are built mainly in the Lac and Poom villages. In addition to this form of residence, the Thai people often live and build villages where there are rivers, streams, houses based on the mountains, in front of the vast fields.

Thai stilts houses usually high, 2 meters above the ground, floors are made of bamboo or rattan, roofs of rattan or rattan leaves, windows in the house are quite large to welcome the wind so the floor of the Thai people usually create feeling clean and cool.

How the stilt house in Mai Chau?

In Lac village, the stilt houses are numbered separately and come with the owner’s name. In addition to staying, you can enjoy the specialties of the Thai as well as the forms of art, fire camps exchange with the delegation of the village.

Sleeping on a regular basis will be suitable for crowds, you will be provided full blankets, curtains, pillows, cushions for each person and choose a suitable place to sleep.

This trip offers you a voyage to discover Mai Chau to enjoy the outstanding natural beauty and ethnic Thai tribe groups. It gives you an easy trek to admire the scenic and peaceful village. Especially homestay at stilt-house to get more local cultures at the countryside in North Vietnam.
Click Here
Traveller's Choice 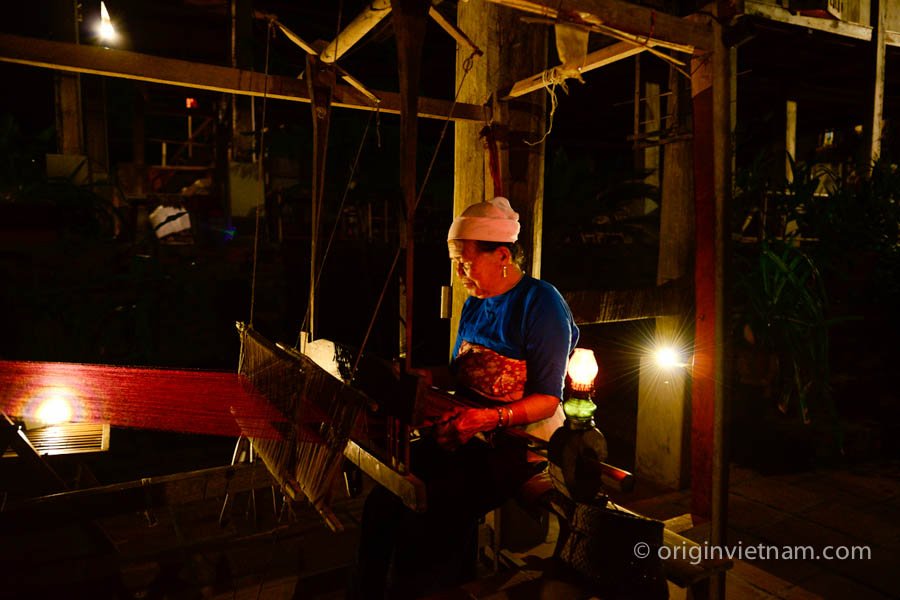 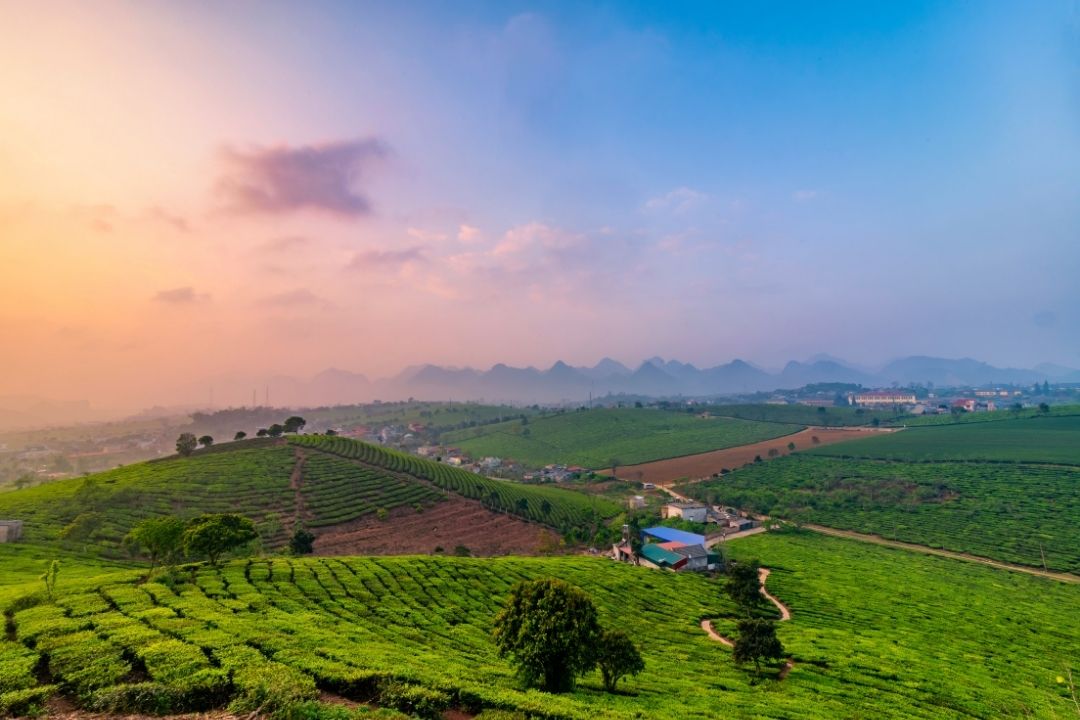 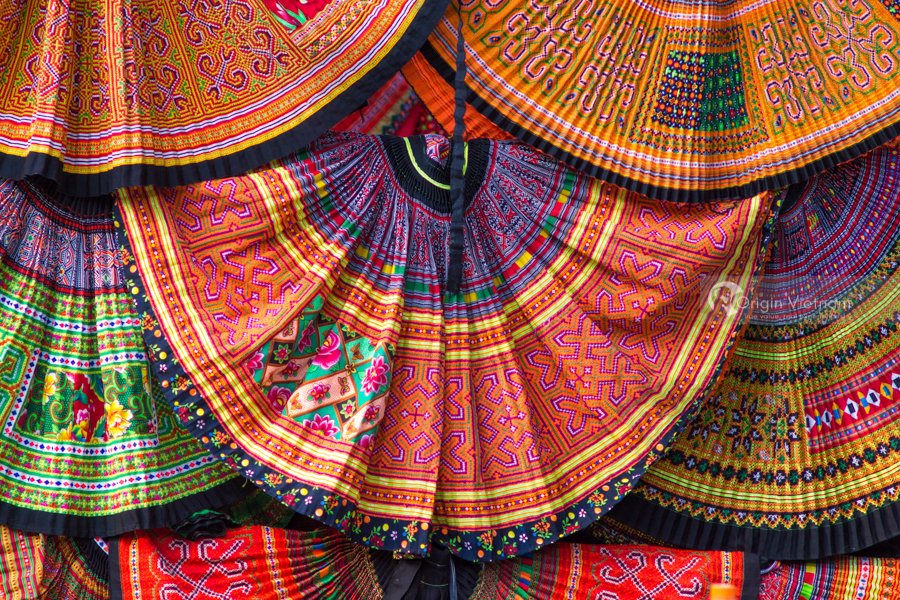 Everythings need to know before arriving in Mai Chau, Vietnam

Along Lac Village – the hidden beauty of Mai Chau visitors feel Mai Chau how? Mai Chau is not only the Lac. But also many

Top 10 Things to Do in Mai Chau

Mai Chau (Hoa Binh) is always a peaceful and quiet place. A place to help you get away from the noise of the city and

Lac village in Mai Chau district of Hoa Binh province. It’s become a great destination for anyone seeking tranquility away from urban luxuries. Here the

Along Highway No. 6, two places named Mai Chau and Moc Chau are very familiar with tourists cross the year thanks to the beautiful weather

Get new experience of travel stories and taste local cuisines in Mai Chau valley, like trekking route, homestay, Thai traditional Xoe dances … It will take you into stepping of discover hidden sites of Mai Chau!

Best Place To Visit North Of Vietnam In June