All things need to know
before travelling to Dien Bien

Dien Bien province is rich in tourism potential, especially in the field of culture – history. The most prominent is the historic Dien Bien Phu victory system, including Dien Bien Phu – Muong Phang campaign headquarters; Him Lam, Ban Kao, Independent; The hills of A1, C1, D1, E1 and the center of the conglomerate of France (Dezac Tunnel). This complex is an extremely valuable resource for tourism development not only in Dien Bien province but also in the North West.

By the sixth and seventh centuries in Yunnan (China), Nanzhao was born. The disputes between Nanzhao and other ethnic groups often followed, resulting in unstable South China and North Indochina. During this period, Muong Thanh land experienced many changes. In the 11th and 12th centuries, the Black Tai follow Muong Om, Muong Ai and Muong Lo occupy Muong Lo (Nghia Lo) and from Muong Lo. Later, these people follow their leader, Pu Lang Khong Than Uyen, Van Ban… And finally own a whole area from Muong Lo (Nghia Lo) through Muong La (Son La) to Muong Thanh (Dien Bien).

In the 15th century. The Hung Hoa town was established (including three area: Quy Hoa, Gia Hung and An Tay). However, the basic Lu commanders still own Muong Thanh. From 1466 onwards, Le Thanh Tong ordered 12 legacies, of which Hung Hoa consisted of three divisions, four districts and 17 continents. In 1831, Minh Mang changed to Hung Hoa province. The province was located in Hung Hoa town, Tam Nong district (now in Phu Tho province).

When is the best time to travel to Dien Bien Phu?

Travel to Dien Bien Phu on the occasion of Dien Bien Phu Victory day 7/5 to enjoy themselves and enjoy the Dien Bien people in this special occasion. However, this holiday Dien Bien especially crowded by the delegation in large numbers. On this occasion you should book a hotel in Dien Bien Phu before 1-2 months.

How to go to Dien Bien Phu?

Dien Bien bus runs daily at My Dinh Bus Station, the car runs about 12-13 hours. Traveling by bed is another advantage that can send a motorbike. If you do not like to go by car you can also schedule a motorcycle trip straight from Hanoi to Dien Bien, with a distance of 500km you will take a whole day to move straight.

Currently, Vietnam Airlines Vasco is the only airline to operate the Hanoi – Dien Bien flight. The aircraft used for this flight is ATR 72 with a frequency of 2 flights a day. Time to fly to Dien Bien is only about 1 hour so it will save much more than going by car.

Dien Bien is a popular destination for tourists to visit Dien Bien Phu relics. Mainly visitor come here are old so mainly transfer by taxi. There are a number of units started to rent motorbike services in Dien Bien but not much, you can refer to the article below.

With a large area, the district is very far away. But the system of accommodation in Dien Bien is quite full. All districts have hotels and guest houses that can serve visitors on the way to Dien Bien. Particularly in Dien Bien Phu City, there are nearly 100 accommodation establishments with all kinds of hotels, inns, homestay can welcome thousands of tourists simultaneously.

What to see i Dien Bien Phu?

Dien Bien Phu battlefield relics are a collection of historical relics that record the victories of Vietnamese troops and soldiers during the heroic resistance against the French colonialists. The prominent relics of the old battlefield of Dien Bien are the hills of A1, C1, C2, D1, Hong Cuc, Him Lam, Doc Lap, Muong Thanh bridge and airport, the commander of General Catri.

Hill A1 is located in Muong Thanh ward. One of the most important base in the conglomerate of French colonialists in Dien Bien Phu. It is located in the direction of Northwest – Southeast, including 2 peaks: Northwest is higher than 490m, Southeast is 493m higher. A1 is the symbol that the Vietnamese army places on the hill. On the morning of May 7, 1954, the Vietnamese army captured the A1 hill.

The A1 Martyrs’ Cemetery, a few hundred meters south of the historic Hill Point (Dien Bien Phu), was built in 1958. There are 644 graves of soldiers who have died in the Dien Bien Phu campaign. Most of them are unknown tombs, with only four graves named heroic martyrs.

General Director of Do Cat tunnels

General Director of Do Cat is located at the center of the Dien Bien Phu fortress cluster, in Muong Thanh field, Dien Bien district, Dien Bien province. The structure and layout of the tunnel are still intact. Around the tunnel is a defensive line with dense barbed wire and four tanks. Sand Dune is 20m long and 8m wide, including four space for both working and accommodation.

Dien Bien Phu Campaign Commander is located in a primeval forest in Muong Phang Commune. It’s about 25 km east of Dien Bien Phu City. This is the work of comrade Vo Nguyen Giap, Hoang Van Thai … Close to the headquarters with the observation tower on the top of the altitude over 1,000m. This observation tower can cover activities and developments in Muong Thanh valley.

Situated in Pho 1 Street, Muong Thanh Ward. The museum was built in 1984 on the occasion of the 30th anniversary of the historic victory of Dien Bien Phu.

At the end of 2003, Dien Bien Phu Museum upgraded and revisited the exhibition. Presently, the museum has 5 exhibits with 274 artifacts and 122 paintings by each owner.

The bridge is a military facility located in the central division of the Dien Bien Phu fortress cluster. Muong Thanh iron bridge is a ready-made bridge and transported from France to Dien Bien. The entire bridge is 40m long, 5m wide.

Community tourism is increasingly chosen by many domestic and international visitors as the preferred type of tourism. Coming to Dien Bien, you can experience community tourism in cultural tourism. Here, you will be immersed in the living space of ethnic minority people, learn the traditional cultural values, rich indigenous nuances of the Northwest highlands, enjoy folk songs, unique people and explore culinary culture with delicious dishes prepared by the people in the village.

Top Recommend Adventure
Tours in the Northwest of Vietnam 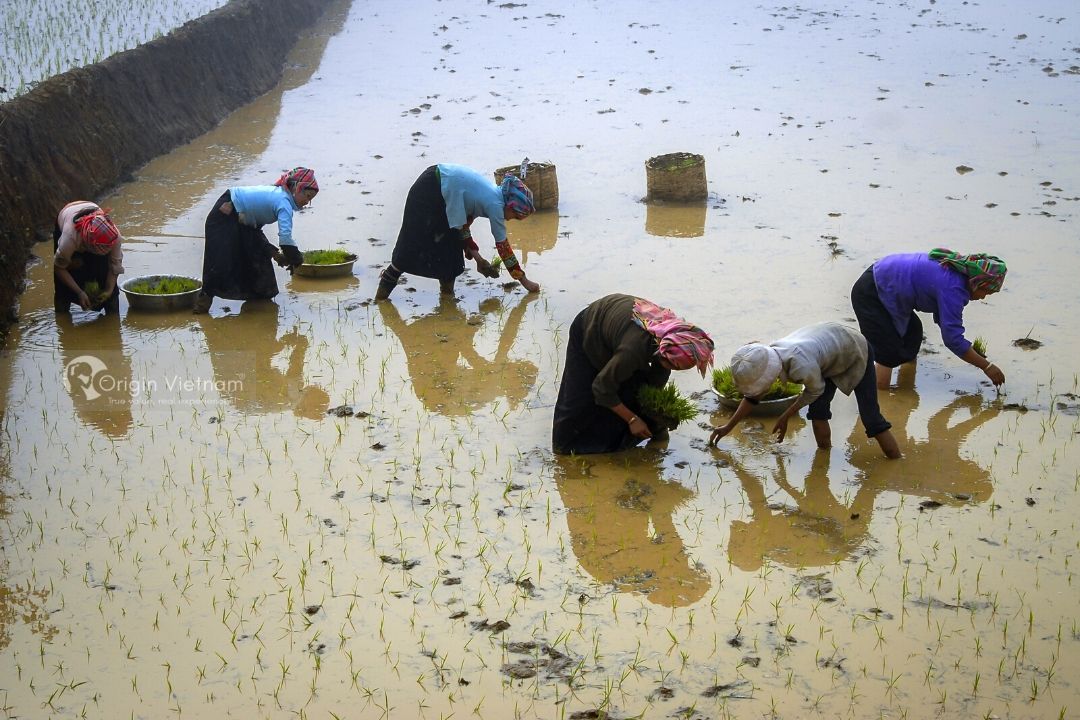 Trekking To Lai Chau From Sapa

Trekking to Lai Chau from Sapa is the great journey to discover the different beauties surrounding Sapa. Famous for the tea hill and terrace field 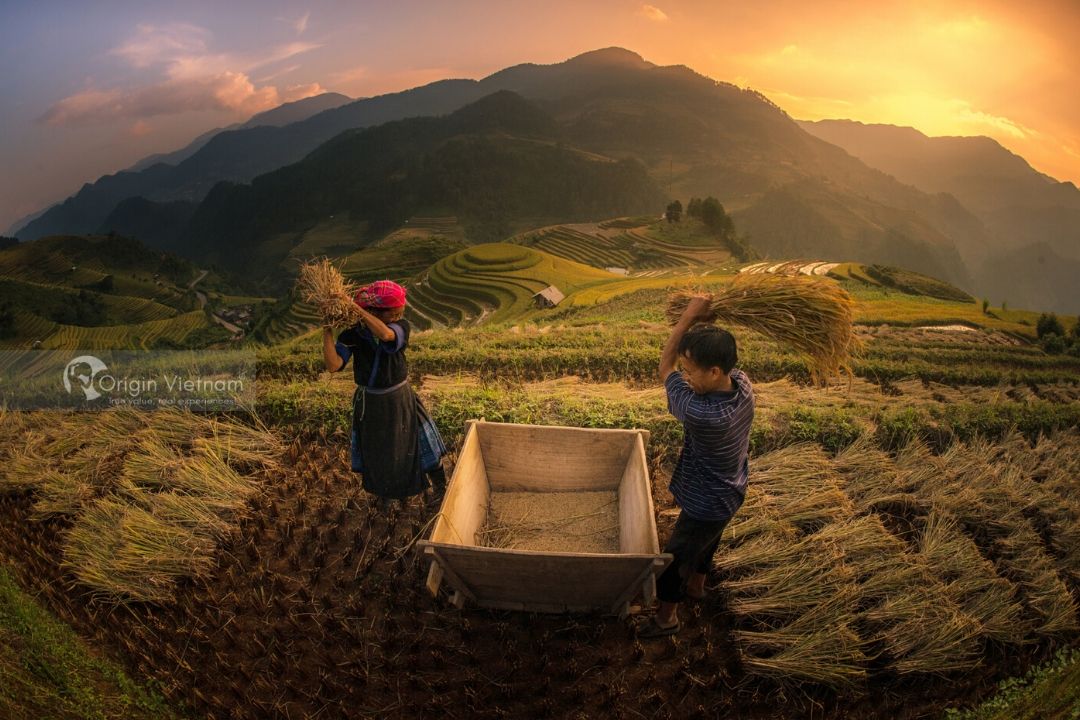 What are you expected for Mu Cang Chai photography trip? It is the truly photogenic destination where offers the stunning landscapes. You can touch and 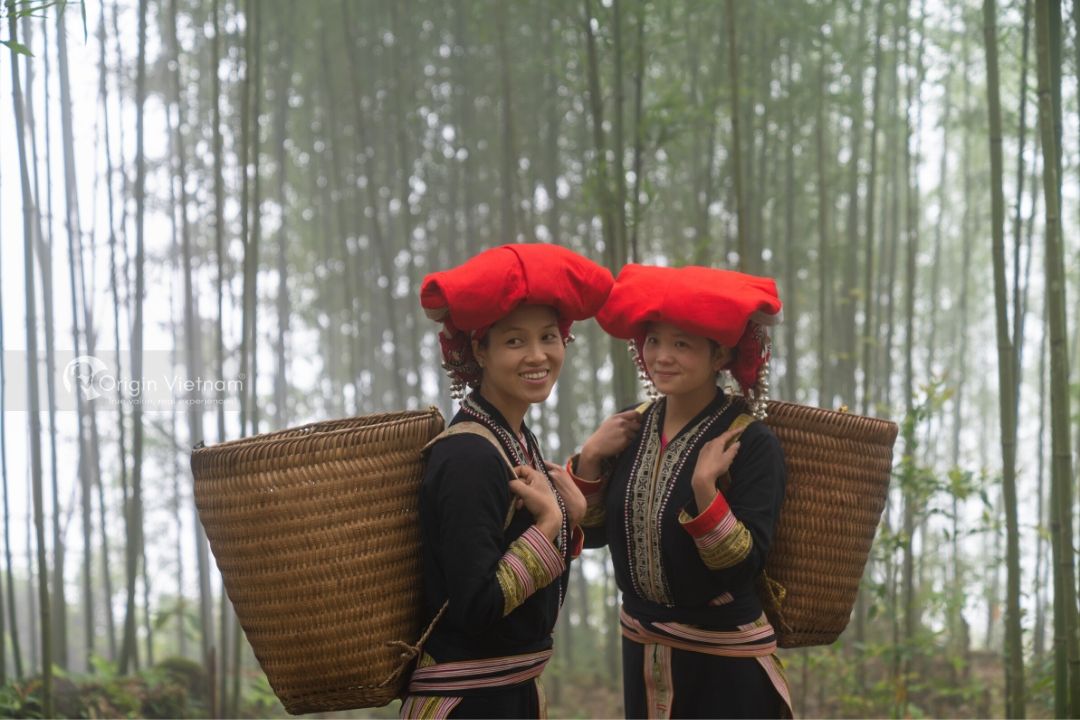 The three day trip will take you to different villages of Muong Hoa Valley and have a deeply to discover its beauties. You hike through

Everythings need to know before arriving in Dien Bien Phu

The Best Souvenir For Our Twenties