All things need to know
before travelling to Bac Kan

Bac Kan is naturally endowed with many potential for socio-economic development with abundant forest, forest and mineral resources. Especially Ba Be National Park tours. Where you will have chance to visit Ba Be Lake. It is one of 20 largest freshwater lakes on the world.

Ba Be National Park is an ideal eco-tourism site in Bac Kan with an interesting landscape and biodiversity. With a total area of ​​10,048 ha. Ba Be National Park is a complex of limestone, lakes and forests on limestone mountains. Where it also preserves many rare and precious animal and plant species. In 2003, Ba Be National Park was recognized as ASEAN Heritage Park. You can refer to the service price list at the service price list. Such as: Adult ticket 60,000 VND / trip, ticket for students 20,000 VND / time, tickets for students 10,000 VND / time and priority tickets for the elderly and the disabled with VND 30,000 / turn.

Ba Be Lake is the most famous tourist destination in Bac Kan. It’s located in the center of Ba Be National Park. Especially the height of the lake is about 178 m above sea level, with a length up to 8km and a width of 500m. This is the largest and highest natural freshwater lake in Vietnam. Surrounding the lake are majestic limestone mountains imprinted on a flat lake, poetic like “Ha Long Bay on the mountain”. Located in the lake area, there is Puong cave with a length of 300 meters, a height of more than 30 meters with vertical cliffs and many stalactites of different shapes. Ba Be Lake has unique geological geography, the whole landscape here is like a picture of water wearing, captivating tourists who come to visit.

Nang Tien cave is located in Luong Ha commune, Na Ri district. It’s about 62km from Bac Kan city center. According to the legend, this is an overnight place of 7 fairies when the girls are busy playing so they cannot return to the heaven because it is dark. The Fairy Cave is a natural cave, bringing a sense of fantasy and mystery. Going deep into the cave, visitors will admire many beautiful scenes due to stalactites, fascinating stone columns and attractive stalagmites.

Dau Dang Waterfall is the next place that Originvietnam.com adds to your self-sufficient Bac Kan travel experience handbook by its magnificence. Nang River is blocked by hundreds of large and small rocks stacked on each other with a slope of about 500m, dividing the water flow into many small flowing streams forming a spectacular waterfall of three steps, each cascade separated from 3 -4m in length.

If you have a passion to learn about the history of Vietnam. Let visit the ATK historic area. Because this is the place where Uncle Ho and patriotic soldiers lived to discuss about the war. Come here to explore the ancient stilt houses, where Uncle Ho live and works.

The Pac Ngoi cultural tourism village, Nam Mau commune, Ba Be district. It’s the stilt house of Tay people on the banks of Leng river close to Ba Be lake. All villagers in the village are Tay ethnic people. There are some of the houses have very unique architectures in the village. Most people here are doing tourism. It’s a great idea for your Ba Be National Park tour stay 1 or 2 night in this village.

How Bac Kan is Special for Visitors?

Bac Kan is a province in northeastern Vietnam. It borders Cao Bang to the north, Lang Son to the east, Thai Nguyen to the south and Tuyen Quang province to the west. The area of ​​natural land is 4,859 square kilometers, with a population of 313,084 people. There are 7 ethnic minorities as Tay, Nung, Kinh, Dao, Mong, Hoa and San Chay.

In the era of the Hung King established the country. Bac Kan belongs to Vu Dinh (one of 15 sets of Van Lang). Under Tang dynasty where this is the land of Vo Nga. From the Ly dynasty, when our father started to build and develop the Feudalist Central Government. In the early Le period, this was the land of the North. In the 7 th Quang Thuan (1466) Bac Kan in Thai Nguyen province, then Ninh Thuan in the 10th Quang Thuan (1469). The 21th Hong Duc (1490) of Thong Hoa (including Cam Hoa and Chau Bach Thong) belonged to Thai Nguyen province.

Bac Kan is one of the areas considered as “important areas” in the north. It is very important in politics – military. Therefore, in the history of national construction and defense of the nation. Bac Kan people always alongside the people of the country defeated many aggressive aggressors. In the resistance war against the Northern invaders from Chinese invaders… Generations of ethnic minorities in Bac Kan are always present in the army against invaders.

During French war in Vietnam. Bac Kan province was chosen by the Party Central to be a safe zone (ATK). ;As a revolutionary base, Bac Kan wholeheartedly assists, protects the army, agencies, enterprises, the central evacuation; protect the leadership of the Party, the State… In the campaign Viet Bac (Autumn – Winter 1947), many examples of fighting, sacrificed nationally known, many names mountain The river has become a historical landmark, associated with glorious victories like Phu Thong, Deo Giang…

At present, Bac Kan has 11 historical and revolutionary relics recognized by the State. It was Na Tu, where the youth volunteer team was stationed. Cho Don is home to many historical relics. Such as Ban Ca, Binh Trung Commune, where Uncle Ho lived and worked at the end of 1947. Khuoi Linh in Luong Bang commune where the Party Central Committee stood at the end of 1949 and in 1951 General Secretary Truong Chinh lived and worked.Na Pau Hill with the work of Uncle Ho in late 1950’s in early 1951; Before 1945, General Vo Nguyen Giap lived and worked…

When is the best time to travel to Bac Kan?

The climate of Bac Kan has a distinct seasonal pattern. The rainy season from May to October, and dry season from last November to April next year. Due to the middle of the mountainous system of Northeast, Bac Kan is quite cold in winter.

How to get to Bac Kan from Ha Noi?

Bac Kan is about 150km from Hanoi through Highway 3 through Thai Nguyen. Before, from Hanoi to Bac Kan usually takes about 4-5 hours because the route 3 is quite small. However, now the expressway of Hanoi – Thai Nguyen – Cho Moi has been cleared, so the time to Bac Kan is only about 2 hours.

Depending on the destination you can choose the appropriate local bus. Most of these buses come from My Dinh bus station. If you want to go to the evening. You can refer to the route to Cao Bang by route to Cao Bang often go through some places in Bac Kan.

Despite the potential, Bac Kan tourism still faces many difficulties. For example, Ba Be Lake and Ba Be National Park are located far away from the residential areas, so the traveling conditions are difficult to attract. In addition, the development of tourism services is not regular, not professional and only seasonal.

The roads taking to north mountain area of Vietnam passing through Thai Nguyen, Bac Kan and Cao Bang with the most spectacular landscapes. It connects two famous visiting sites of Ba Be Lake and Ban Gioc Waterfall which are stunning scenery and experience local hill tribe life by homestay.
Click Here
Traveller's Choice 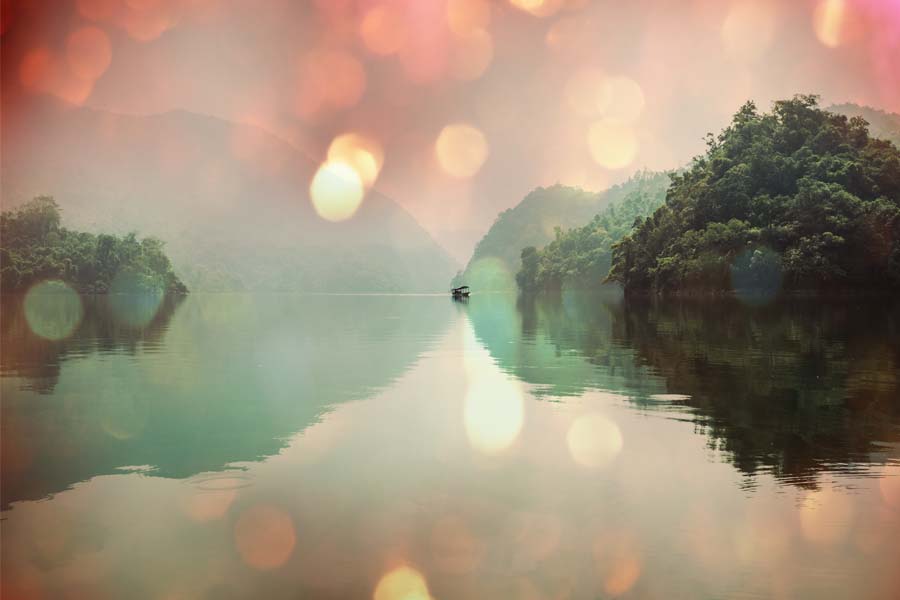 Tour Ba Be Lake and Bac Son Valley 3 days will take you to get different experiences of natural beauties and amazing valleys. It is 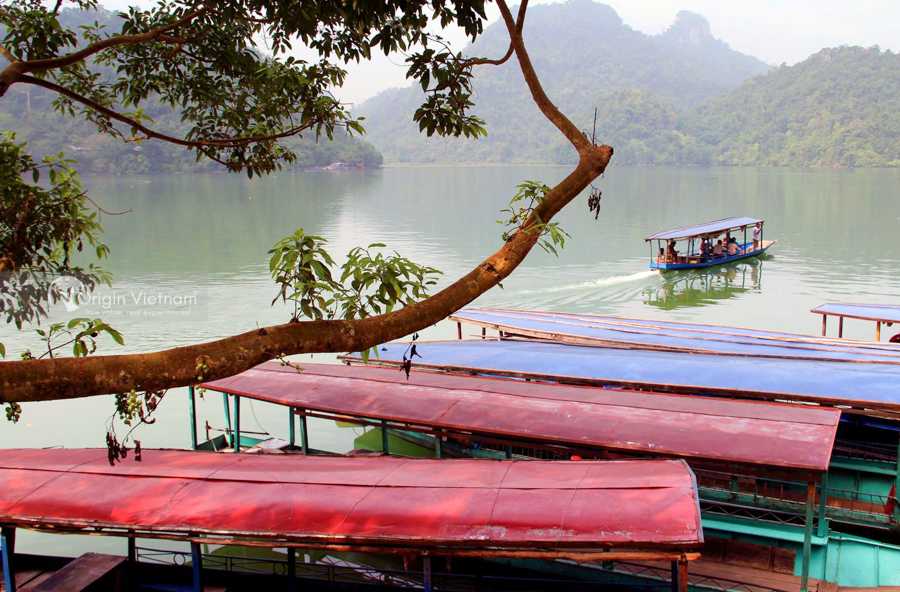 Sapa To Ba Be National Park

Are looking for an adventurous Vietnam mountain trip with trekking and special outdoor activities. This package tour Sapa to Ba Be National Park 5 days 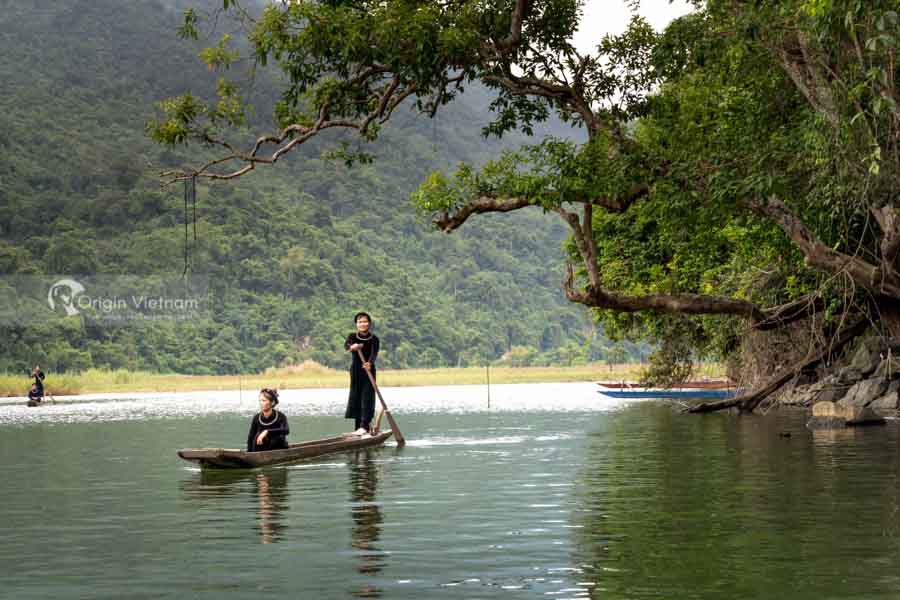 Discovery Ha Giang and Ba Be Lake tour 5 days will lead you to visit the most incredible beauty spot in the North of Vietnam.

Everythings need to know before arriving in Bac Kan & Ba Be National Park!

Ba Be Lake is the top travel destination in Bac Kan province. This is a freshwater lake in Bac Kan, Vietnam. One of the 100

The trip to Ba Be Lake, Bac Kan will give you the opportunity to enjoy many unique landscapes bestowed by nature, including Puong Cave. Let’s

That could be a get new experience of travel stories and taste local ingredients in traditional and local cuisines. It will take you into stepping of discover hidden of Ba Be Lake, Ba Be National Park and minorities people in Bac Kan, Vietnam!

Can Travel Combined Ha Giang And Ba Be Lake

Hotels and Homestay in Ba Be National Park, Bac Kan