1. Hill Relic Area A1 is the top Things To Do in Dien Bien Phu 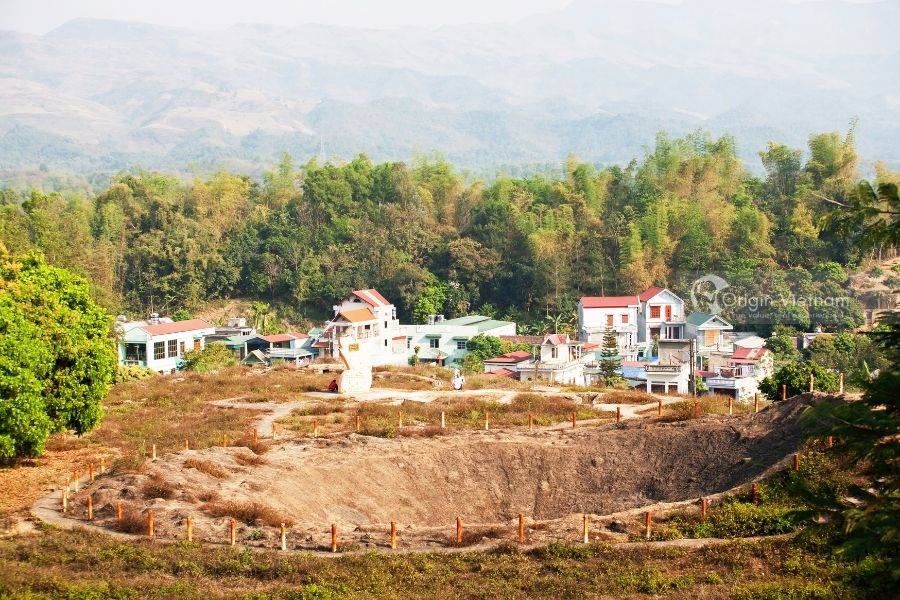 Hill A1 is located in Muong Thanh ward, Dien Bien Phu city, Dien Bien province. Right at Hill A1, the monument was built in the Tam Son style in the middle-high and on both sides low, the roof of the religion. In front is a censer, the middle is a stele, the flag badge, a red circular background with yellow stars. Epseically the area A1 surrounded by a flower wall.

During your trip to Dien Bien Phu, visitors will receive the most important base of the base in the group of French colonial bases in Dien Bien Phu. With the evidence of a heroic time of our army and people. They contributed to knocking the French out of Vietnam. Such as the body of an 18-ton tank of the French colonialist was burned. Especially the big funnel-shaped hole, the Chien Cong hill, tunnels, … 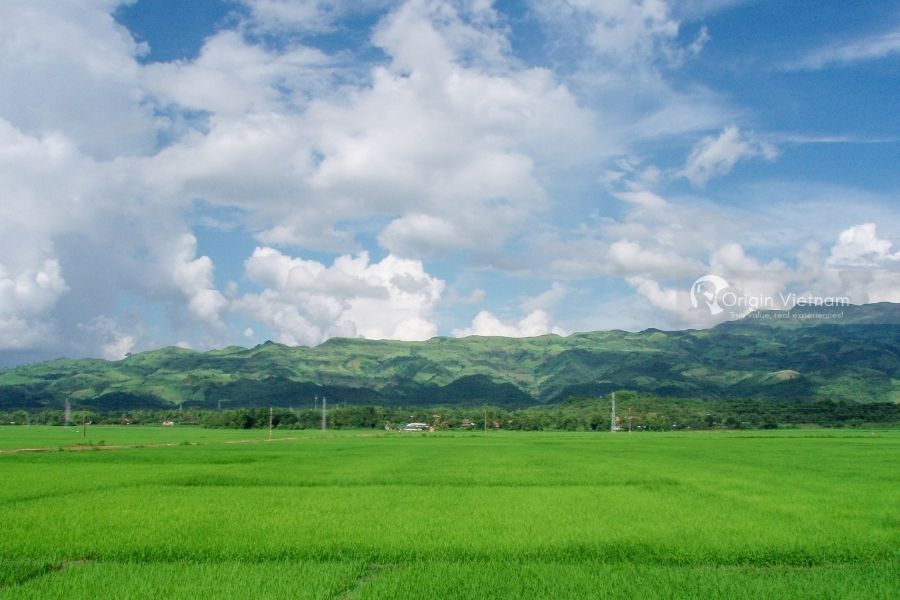 It’s second choice for top things to do in Dien Bien Phu. Located in the valley of Dien Bien, It’s one of the four richest and most delicious rice granaries in the Northwest. This is one of Dien Bien tourist destinations that many tourists always want to see once.

Whether coming to Dien Bien by land, by air, or from Hoa Binh, from Lao Cai, from Nghia Lo straight ahead. You can enjoy a beautiful picture with the luscious green colour when the rice is young, the yellow colour of ripe rice. 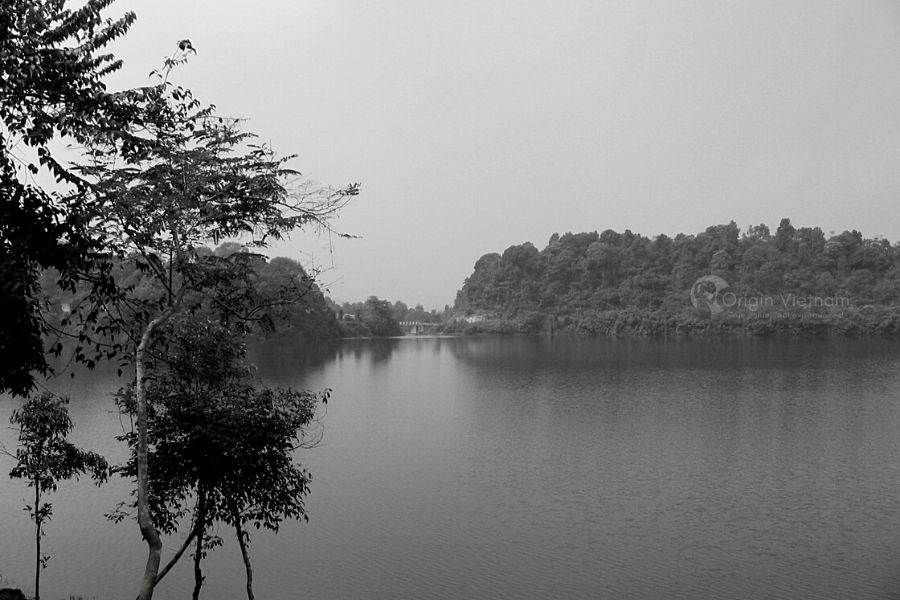 If you have ever travelled to Dien Bien, you can not help but set foot in Pa Khoang Lake. It’s one of the beautiful scenes in Dien Bien that no one wants to leave.

Pa Khoang tourist area is one of the places gathering many beautiful scenes when it owns a total area of ​​2,400 hectares. It is the rich vegetation and the forest surrounding the lake with orchid gardens blooming in colourful colours. And that is also the reason that many tourists choose Pá Khoang Lake as an interesting destination.

If you want to admire the beautiful beauty of Muong Thanh fields, visitors should visit in September every year. Because at this time, the rice on the field is ripe golden, making you overwhelmed by the wild and charming beauty that can not be compared.

If visitors love the beautiful magical scenery, winter will be the appropriate choice to admire the beauty of the mist that casts around the lake. Or want to enjoy the cool and fresh air as well as watch the clouds and the freshwater, just take a boat tour, enjoy the beautiful natural landscape, summer is the most perfect. 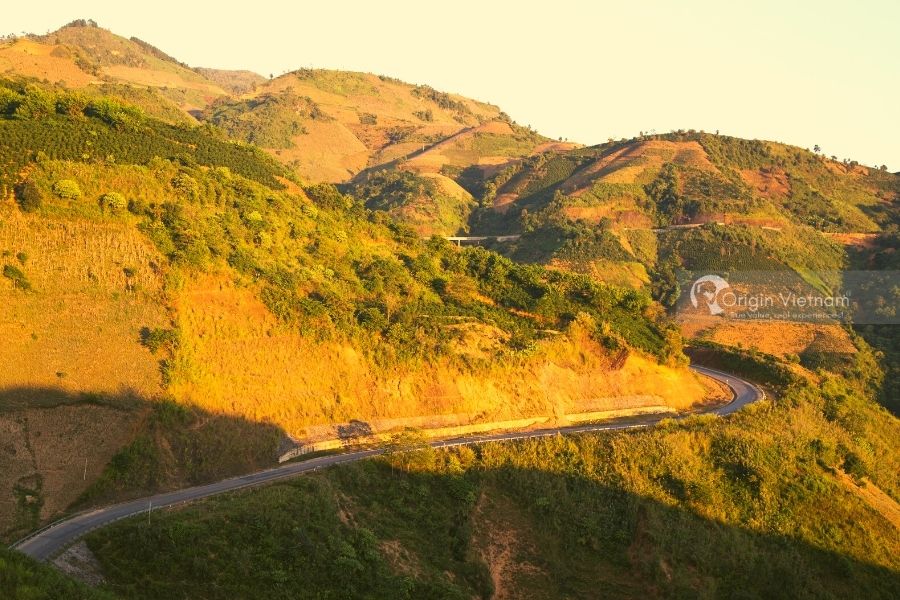 Pha Din pass has a length of up to 32 km, located on Highway 6 from Hanoi to Dien Bien. The Pa Din is the most dangerous road in Vietnam. It’s the place where the junction is between heaven and earth.

It’s one of the “four great passes” of the Northwest and attracts a lot of tourists, especially who want to come to conquer.

Passing Pha Din pass, visitors will experience an impressive and exciting things to do in Dien Bien Phu journey, discovering the wild and majestic beauty of nature with mountains overlapping with white clouds. 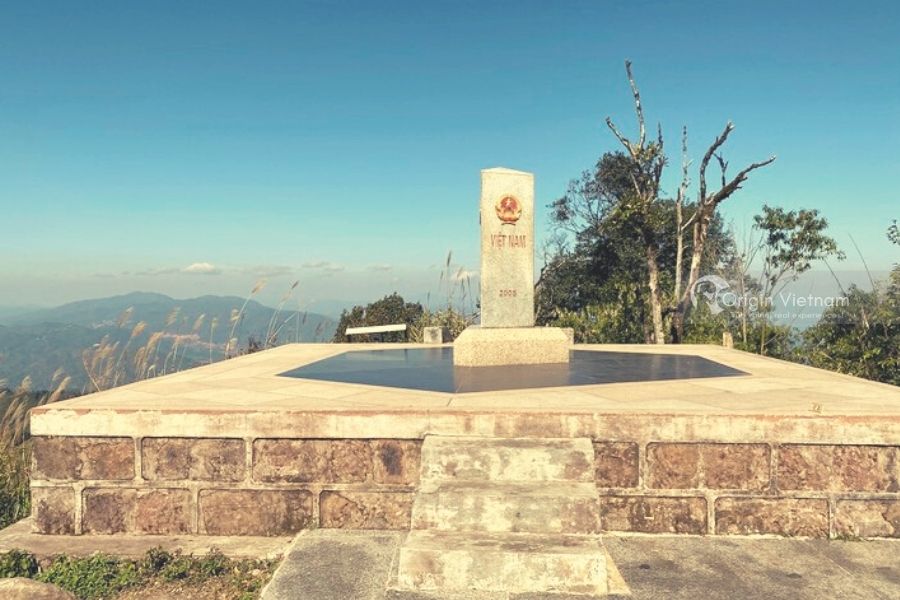 A Pa Chai is known as the westernmost location of our mainland with a milestone dividing the boundary between three countries: Vietnam – China – Laos. Located in Sin Thau commune, Muong Nhe district, is 250 km from Dien Bien Phu.

If we say Pha Din Pass is one of Dien Bien tourist destinations that attract many tourists who want to conquer the danger of the road. And A Pa Chai is also an increasingly crowded place for young “adventurers” excited to come.

Most visitors when arriving here feel: A Pa Chai is like a beautiful, arrogant girl who wants to challenge the patience and sincerity of many passionate travellers who want to conquer this place. Moreover, when you come here you can admire the panoramic beauty of the mountains – clouds – sky – earth.

6. Ta Sin Thang fair market is one of the most interesting at top things to do in Dien Bien Phu 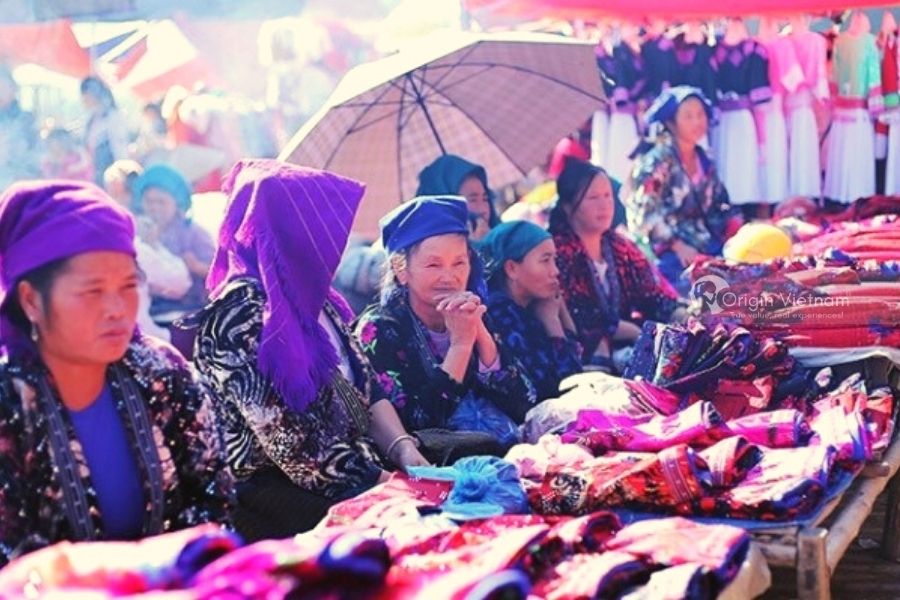 It is a place to keep the cultural characteristics of ethnic minorities in the Tua Chua – Dien Bien highland. Therefore, if you miss this place, it will be very sorry for you. Because there will be no chance to see the features of the upland market only in the Northwest.

It is customary that the Ta Sin Thang Fair meets on the Rat and the Horses every month according to the lunar calendar. Six days of meetings, this is a place to exchange and trade goods and agricultural products of ethnic minorities in 5 northern communes of Tua Chua district. They are Sin Chai, Ta Sin Thang, Lao Sa Phinh, Trung Thu, Sin Bulge.

Coming to Ta Sin Thang Fair Market, visitors will have the opportunity to admire the Northwest colours of an upland market next to the unstable rocky mountains. See with your own eyes the most beautiful costumes and bold culture of the Mong, Xạ Phang, Dao, … Or enjoy many specialities of the Northwestern mountains and the fragrant, drunk Mong Po wine immersed in human hearts that hardly anyone can resist, … 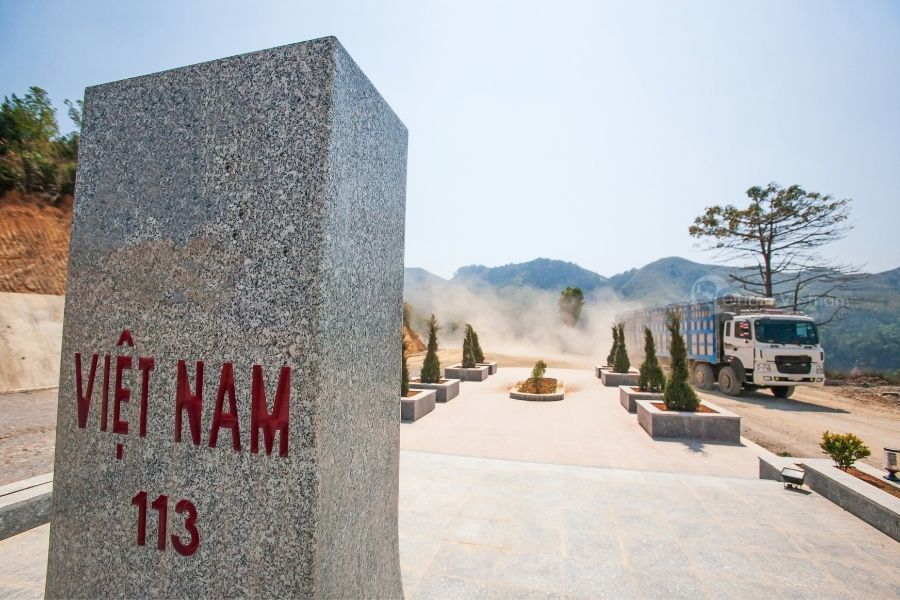 Tay Trang border gate is the endpoint of Highway 279 on the Tay Trang pass to Laos. This is also the border gate chosen by backpackers if they intend to bring a motorbike through and run along with Laos. 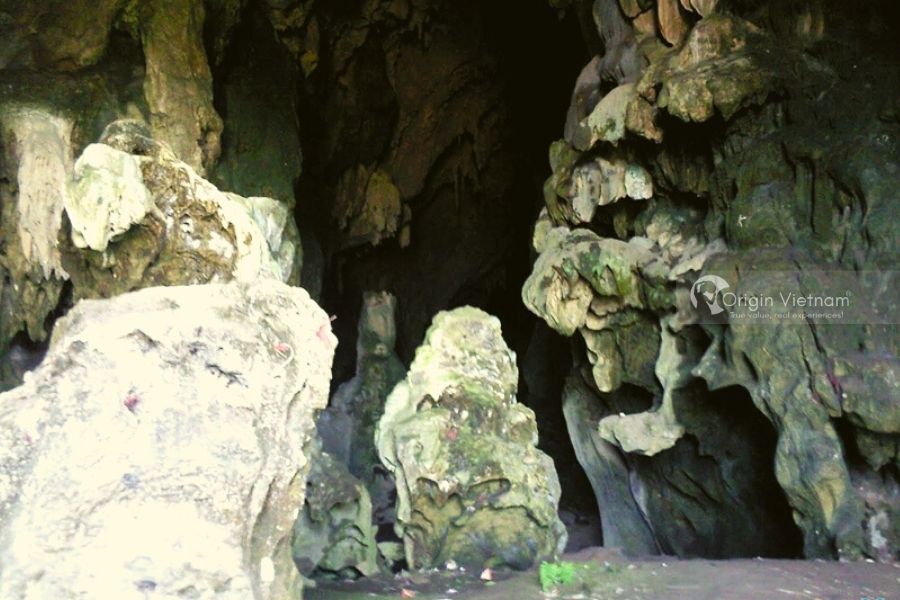 Pa Thom cave is located in Pa Thom commune. It’s located in the west of Dien Bien district, bordering on Vietnam-Laos border. The local people call it “Tham Nang Lai” (the cave of many fairies).

Pa Thom cave is located in the middle of the mountain, the door is dome-shaped, the door is 12 meters high, 17 meters wide, and the stone roof protrudes 7 meters. In the centre of the entrance was a giant rock standing like an elephant’s head drooping down. The depth of the cave is about more than 350m, running in the south direction. The cave has 9 large and small arches, some width is about 20m wide.

The entrance to the cave is adjacent to the cave entrance with three large horizontal blocks of rock, winding like a giant python separating the cave and forming two entrances. Right from the entrance of the cave, there are many stalactites with many vivid shapes. Especially iridescent stalactites, fanciful colours, shimmering under the candle. The cave arches are so high, each one resembles a magnificent, splendid palace, protruding blocks, stalagmites of all kinds of soft images from the roof of the town hang down the iridescent fringes. On the side of the cliff, the rocks are like flowing waterfalls, iridescent silver.

In addition to the value of the landscape. Pa Thom Cave is also associated with beautiful legends and legends about couple love. It’s making the landscape more poetic and becoming an attractive tourist destination. 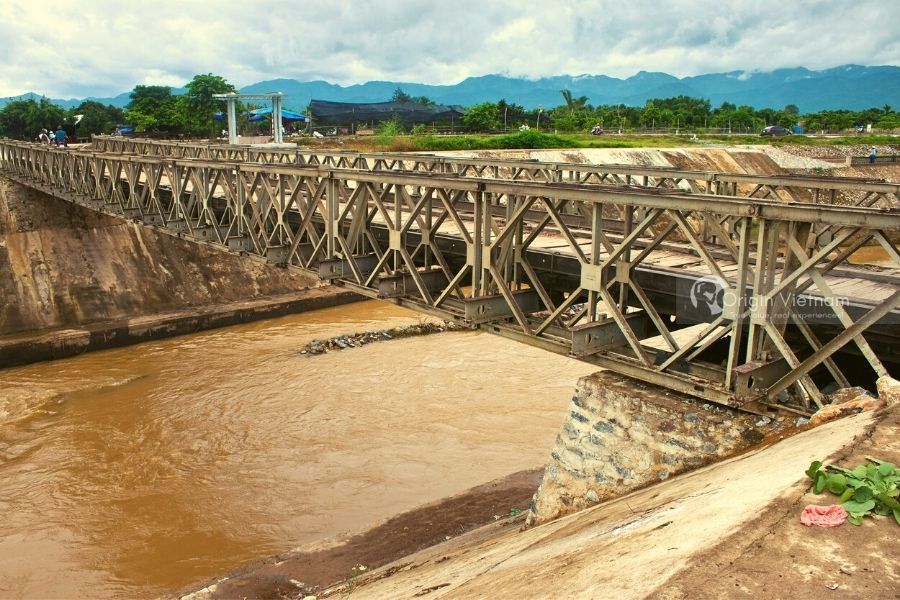 Called “Prenley” bridge by the French, it is a bridge spanning the Nam Rom River, at a place about 300 meters from the current intersection of Road 279. The bridge is a military project located in the central subdivision of Dien Bien Phu stronghold. Next Muong Thanh Iron Bridge at top things to do in Dien Bien Phu. It’s a ready-made battlefield and transported from France to assemble in Dien Bien. The entire bridge is 40m long and 5m wide. The two sides of the bridge are simple supporting iron bars without middle axis, wooden deck of the bridge, below are iron beams that are very firmly linked together.

10. Hua Pe Hot Spring is our last of top things to do in Dien Bien Phu list 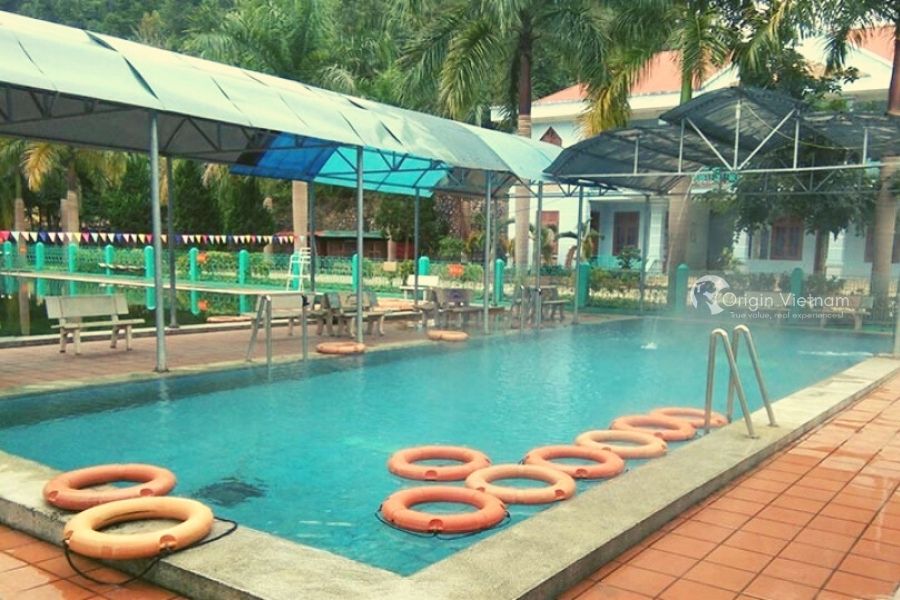 Hua Pe hot spring is located in Thanh Luong commune, Dien Bien district. It’s only 5km northwest of Dien Bien Phu city centre. There is a large mineral water source with a regular temperature of about 60°C. Next to the windy Pe Luong artificial lake all year round, forming an eco-tourist destination Dien Bien hot spring bath. It is one of the attractive ecotourism destinations with services such as relaxation and treatment attracting more and more visitors. Wish you will have an exciting journey to the heroic land of Dien Bien.

Top Recommend Adventure
Tours in the Northwest of Vietnam 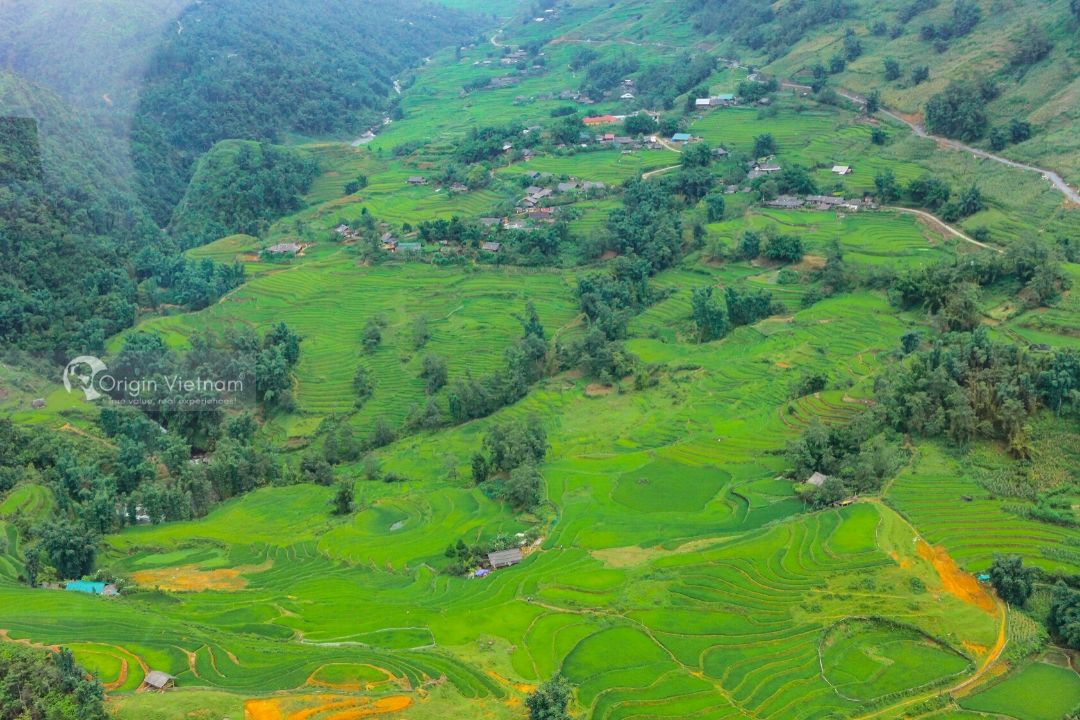 Sa Seng – Hang Da – Hau Thau – Giang Ta Chai village is the outdoor trekking time which you are looking for. It offers 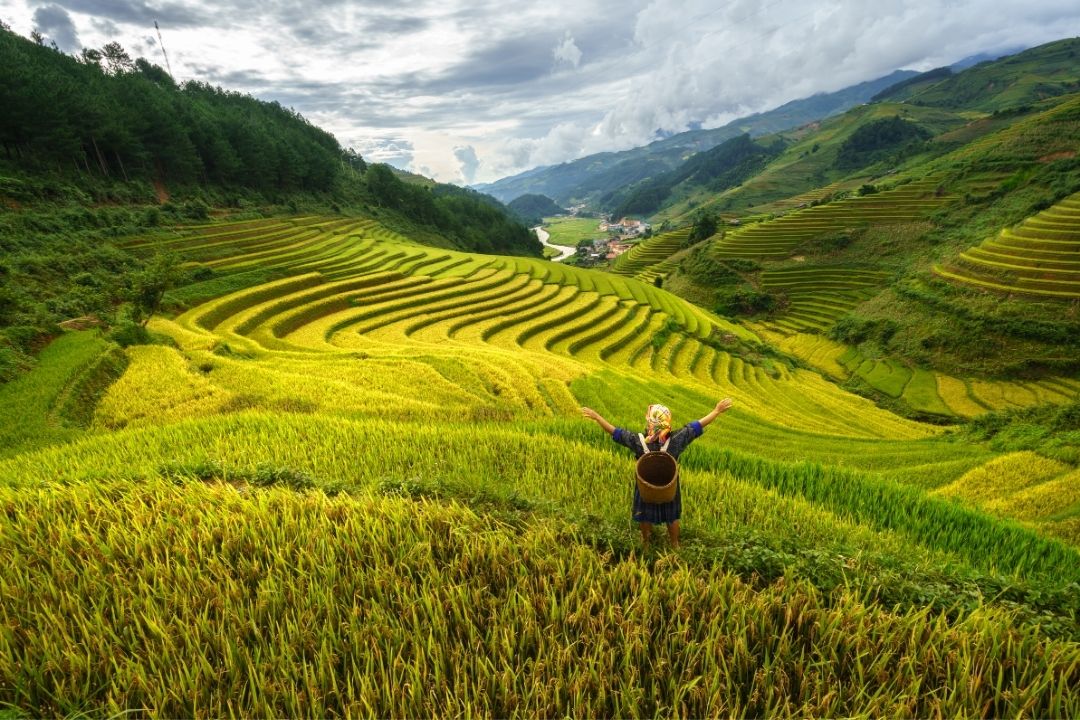 Sapa trekking 6 days is the difficult trip for you to discover different villages. You will have a hike through villages of Sin Chai, Y 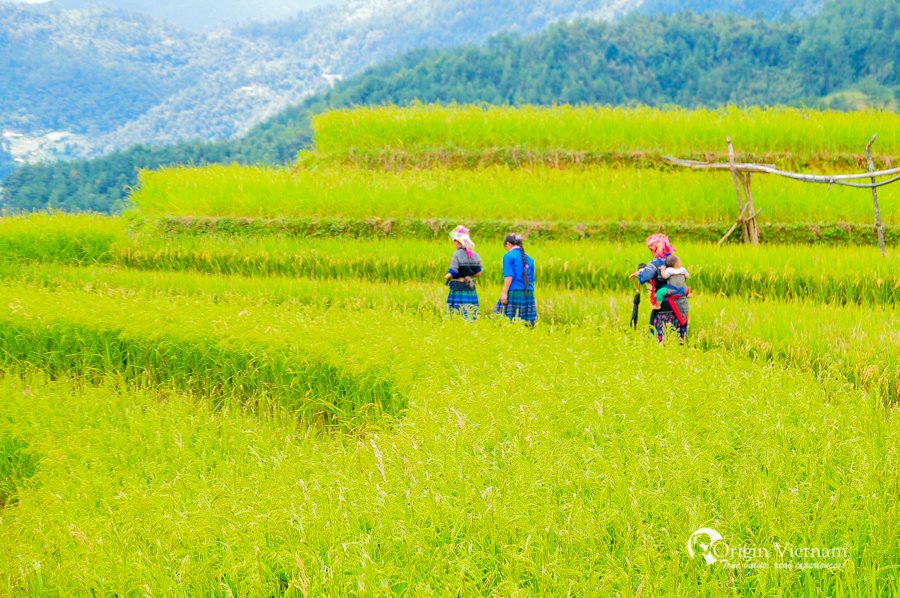 All Things need to know before travelling to Dien Bien Phu

Top 5 Exotic Place You Should Visit This Summer