All Things Need to Know Before Travelling to Dong Nai

Dong Nai is a province adjacent to Ho Chi Minh City, possessing beautiful waterfalls and streams that fascinate visitors with a unique poetic and charming scene of the Southeast of Vietnam.

Dong Nai is a gateway province to the Southeastern economic region, at the forefront of economic development, and is also an ideal tourist destination on famous holidays with tourist destinations. Such as: Waterfall Giang Dien, Scorpio Tourist Area, Chua Chan Mountain … To fully enjoy the beauty of Dong Nai, please follow the latest updated Dong Nai travel guide at Origin Vietnam.

How Dong Nai is Unique?

Dong Nai province is located in the southern key economic region, in the Southeast, with a natural area of ​​5862.73 km2. The North borders Lam Dong and Binh Duong provinces, the East borders Binh Thuan province, the South borders Ba Ria – Vung Tau province and Ho Chi Minh City. Dong Nai has a waterway and railway system connecting to other localities in the country. Especially Bien Hoa military airport, an important area in economics, politics, security and national defense. It’s very important position in the development of the southern key economic region, linking the Southeast and the Central Highlands.

Dong Nai is a rich land that has more than 300 formed and developed by Dong Nai river bringing fertile alluvial soil. Many ups and downs in history have created for this sub-cultural region a unique national identity. Dong Nai has a rich tradition folklore because there are many ethnic groups living there, most of them are Vietnamese. In addition there are Chinese, Xieng, Cho Ro, Cham …

Dong Nai is a modern city, always attracting a lot of tourists to visit. The beauty of the landscape, life rhythm and people of Dong Nai always leave an indelible remark on tourists who have come here.

When is the best time to go to Dong Nai?

Dong Nai is located in a sub-equatorial monsoon tropical area, with a mild climate. So it is possible to travel at any time of the year. However, if you like to enjoy ripe fruits, choose the time from May to August. Because this is the time for the fruits harvesting.

How to go to Dong Nai?

Dong Nai is a place with a convenient transportation system with many arterial roads passing through. Such as National Highway 1A, Highway 20, National Highway 51, North-South Railway, near Saigon port, international airport. Tan Son Nhat … So it is very convenient for tourists to come here to travel.

In most provinces across the country: Hanoi, Ca Mau, Tra Vinh, Soc Trang … There are bus routes to Dong Nai.

You can buy an airline ticket to Saigon and then use a bus or taxi to move to the landmarks of Dong Nai. Alternatively, you can also take the train to the Bien Hoa city station

From Ho Chi Minh City to Dong Nai only about 30km. It is quite convenient to travel by motorbike and private car, although it is a bit tiring. Traveling by motorbike or private car, tourists will conquer many new roads, actively explore the sights and cuisine of Dong Nai. However, when traveling within Dong Nai province, Visitors need to strictly comply with the prescribed speed and law and remember to bring papers because there are many speed shoots here.

If you use public transport to get to Dong Nai, you can travel to explore Dong Nai by various means here.

If you want to freely explore the tourist attractions in Dong Nai, you can rent a car to move. Visitors can ask to rent at hotels, motels you stay or shops with car rental signs

Bus is the vehicle chosen by many tourists because it is cheap and fast, but the bus system in Dong Nai is also very plentiful, tourists can go all over the province.

Travel by taxi is quite comfortable, convenient, saves a lot of time but the price is expensive

Chua Chan Mountain, also known as Gia Ray Mountain, has a height of 800m above sea level. It’s the second highest mountain in the Southern region and the Mekong Delta. This mountain is considered the land of mountain spirit in Dong Nai. Because the mysterious presence of water springs flowing from the rocky ravines brings richness and greenness to the town on the mountain.

Han Stone Waterfall is located in the middle of the orchard of the people, so the journey to discover the stone waterfall will be extremely cool. The waterfall has a majestic look of nature, the gentle wildness has something of peace and tranquility of the village on summer days to help you forget the daily hustle and troubles.

Buu Long tourist area has an area of ​​about 84ha. It’s built around a large artificial lake, Long An lake, tens of hectares wide, about 6km southwest of the city center.

The natural landscape in Buu Long with lakes, mountains, trees … is like a miniature Halong Bay of Dong Nai. There are high mountains, large lakes, entertainment areas, swimming pools and unique religious architectures.

Coming to Buu Long, in addition to the three landscapes, exploring many tourist destinations, visitors can also participate in many interesting games. Such as swinging, fishing, rowing, duck … giving visitors the moments. extremely wonderful relaxation.

Nam Cat Tien National Park covers an area of ​​about 74,300 hectares, recognized by UNESCO as one of the six largest biosphere reserves in the World. This is a vast mountainous area with a rich, multilayered vegetation system that provides ample amounts of oxygen for air conditioning.

In addition, this place is also home to many species of animals. Such as wild chickens, peacocks, wild boars, deer, weasels … and an entire large lake with many kinds of live crocodile birds called Bau Sau. The national park is a great destination for those who love nature and want to enjoy the wild beauty of the immense forests.

Scorpio Vang tourist area is surrounded by river with an area of ​​nearly 4 ha. There are up to 200 tents with stilt houses, huts with a capacity of over 2,000 tourists. Besides, this place also attracts tourists with the charming beauty of green nature and is also an ideal destination for those who love short trips, discovering Vietnamese countryside.

Setting up the capital along the isle of the city with the shops close to the banks of Dong Nai river, Bien Hoa fish salad has long been a specialty of this land. This dish simply consists of a plate of fish meat, broth and vegetables, creating a very typical folk dish.

Where to stay in Dong Nai?

Discover Hot Vacation Spots in Can Tho 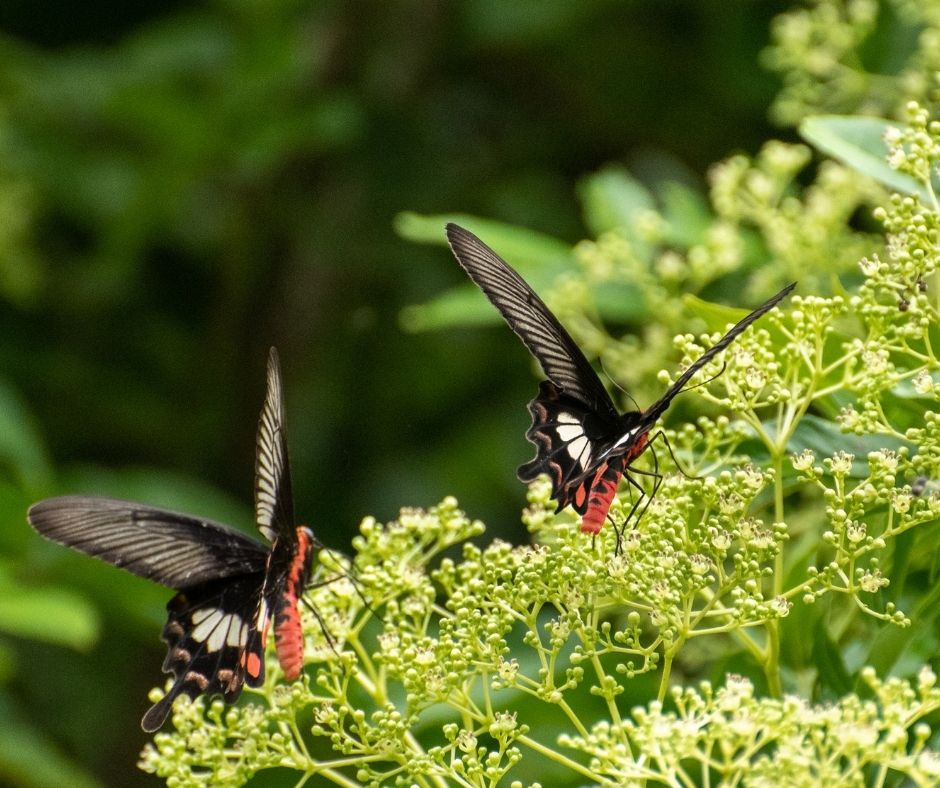 All Things Need to know before travelling to Dong Nai

Nam Cat Cat Tien National Park is not only for the wildlife reserve. But it is also an attractive place for many visitors. With a