Binh Thuy ancient house is the most beautiful house in Can Tho Province. Thanks for the unique architecture as well as the antique and prominent traditional cultural features still remain and preserve from generations.

The house was bult in 1870 by Mr Duong Van Vi ( the third generation of Duong family) which has original from China to set up their work in South Vietnam.

After thirty year olds, the family worked well and was rich, so he decided to destroy old house and rebuilt the new one larger and on bigger area.

The house started to build in 1900 and until 1911 it was finished because the facilities were ordered from France. In 1904, Mr Duong Van Vi passed away for old, and all patrimony left for his last son – Mr Duong Chan Ky.

Different from other brothers, Mr Duong Chan Ky is an intelligent and wide knowledge in art and he studied in France. That is why he continued to build the house as his father and have the combination of French – Vietnam and China uniquely in Can Tho at that time. Especially, its architecture has the deeply Oriental architecture.

And then many generations of Duong Family continue to inherited until today. In 1980 the fifth generation is Mr Duong Van Ngon – the famous person in the region for bonsai, especially orchid. He added a new color to the house when he decided to form an orchid garden, attracting many people with similar interests to play and comment. And from then, the name “Binh Thuy Orchid Garden” inside Binh Thuy ancient house becomes well-known and the highlight of the house.

Binh Thuy ancient house was built in 1870 which has been owned by Duong family for generations until now. Especially, the house looks more brilliant than in the sunlight with its sophisticated French architecture.

Binh Thuy Land Region in Long Tuyen of Can Tho City is very famous for peacefulness. So it attracted a lot of people travel here and starts to set up their life on this land. The location is very advantage so it is comfortable for trading. That is why many people built a stable work here. The most family family is Duong who have original from China. They were famous for the richest family in South Vietnam at that time with the unique architecture house as we are saying now. In previous time, people didn’t know how to call its name, after 100 years later they call it Binh Thuy ancient house.

When you step through the fence gate, there is an extra gate inside like a welcome gate with ancient Asian architecture, wooden frame with tile roof. Under the roof, there is a signboard with the words: “Phuoc An Hieu – the Duong family ancestor temple”.

Different from other ancient houses in Can Tho, Binh Thuy house is the ancient house as Hue style called “Nha Ruong” by wooden. It has five compartments and two wings with 22m long and 16m deep. The ancient house has total 6,000 sqm including garden. There are many bonsai and ornamental flower in the courtyard. The orchid garden is on the right of the house while the left is the Mexican cactus with the age of 40 and has the height of 8 meters. Furthermore, the tropical orchard behind the house has many fruits.

Outside the house are 4 elegant bow-shaped sidesteps with high ceilings decorated harmonious motifs plus many multi-sized doors beautifying nobility for ancient house. Additional for the beauty is embossed reliefs decorated outside facade. All of these make the house get the elegant beauty at the turn of the 2 centuries. Thanks for the unique architectural in the combination between East and West harmoniously, it makes Binh Thuy ancient house special, It becomes one of the must-see attractions in Can Tho City. Especially the main house will be the wonderful site to discover the unique architecture.

The large courtyard is tiled with Chinese brick and the entrance get into the house is four bow-shaped side stairs. This house is large thanks for six rows with total 24 black ironwood pillars. Each pillar has diameter 30cm. The system of columns and beams connect together by brown wood details sophisticatedly carved. The airy system of doors and windows makes the house cool all day. Thus, discover Binh Thuy ancient house is the discovery the unique characteristic design and architecture.

Especially, the design of the house is as French architecture while the decoration is as the typical southern architecture style. That is why it becomes one of the attractive site tour in Vietnam for Can Tho and travel Mekong Delta when wishing to discover ancient house.

In the middle of the house is the typical of Vietnamese houses – the solemn altar with red lacquer trimmed with gold. When you get inside the house, the beds, cabinets and couches are also very spectacular. While visiting the house, you will see the harmonious arrangement of furniture with the valued antiques.  The French style mosaic armchair is beautiful which is from Louis XIV. Plus a pair of chandelier have had since 19th century and the lavabo with four French oil lamp poles which is over 3 meters height, placed in the four corners of the house. Factually, the house is special for furniture in details such as flooring tiles, row of iron fence, or crystal chandeliers, wall paintings, and the hand sink with the white enamel and blue patterns on the wooden unique platform, etc. All of them were imported from France.

Thanks to the special architecture, Binh Thuy ancient house is the place which many directors, studios and filmmakers choose for film scenes. It is typical for ancient house in Can Tho and South Vietnam of Mekong Delta Region.

When is the best time to visit Binh Thuy ancient house?

Belong to Can Tho City of tropical climate, it has wet and dry seasons. The best time to visit is from November till April next year when it is dry season. The dry season has sunny and many flowers bloom in the garden.

Best 2 Days
"Off The Beaten Path"

Soc Trang is a well-known province in Mekong Delta and southwest area where attracts you by wonderful scenery. Additional, it has ancient temples and pagoda as Khmer over 100 years where offers you to discover interesting things.
Click Here
Our Recommended

Top 3 Tours offer in Can Tho 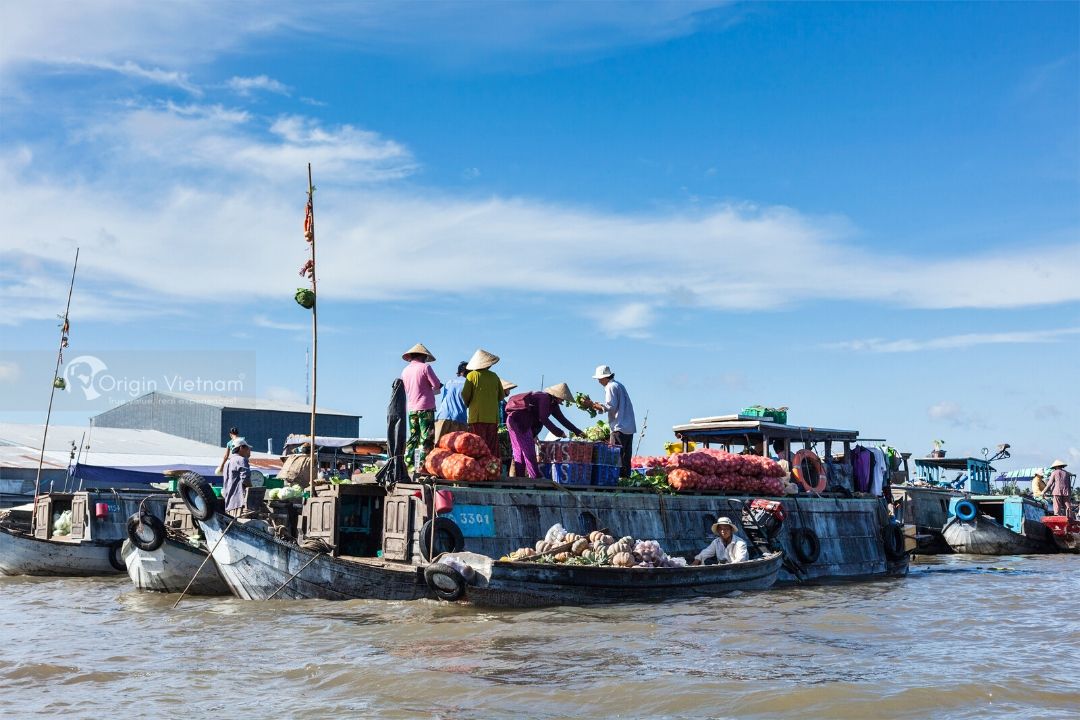 Can Tho – Chau Doc Tour Package

This package tour is one of the incredible trip for you to discover Can Tho and Chau Doc within 3 days. You will have chance 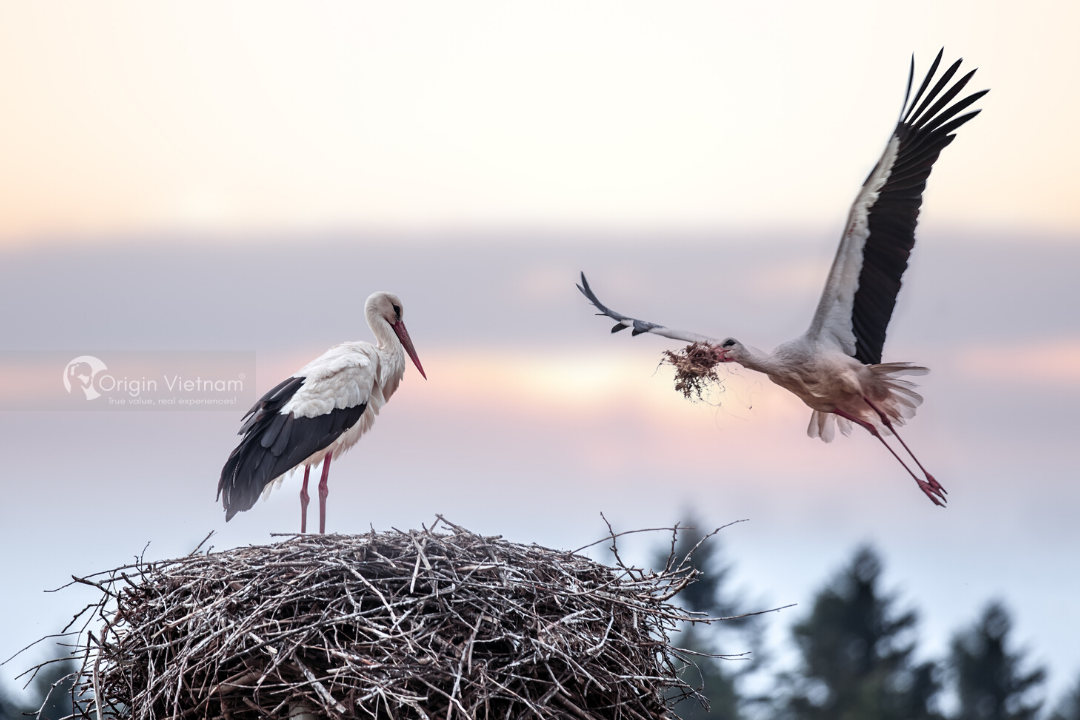 Can Tho Off The Beaten Path

Soc Trang is a well-known province in Mekong Delta and southwest area where attracts you by wonderful scenery. Additional, it has ancient temples and pagoda 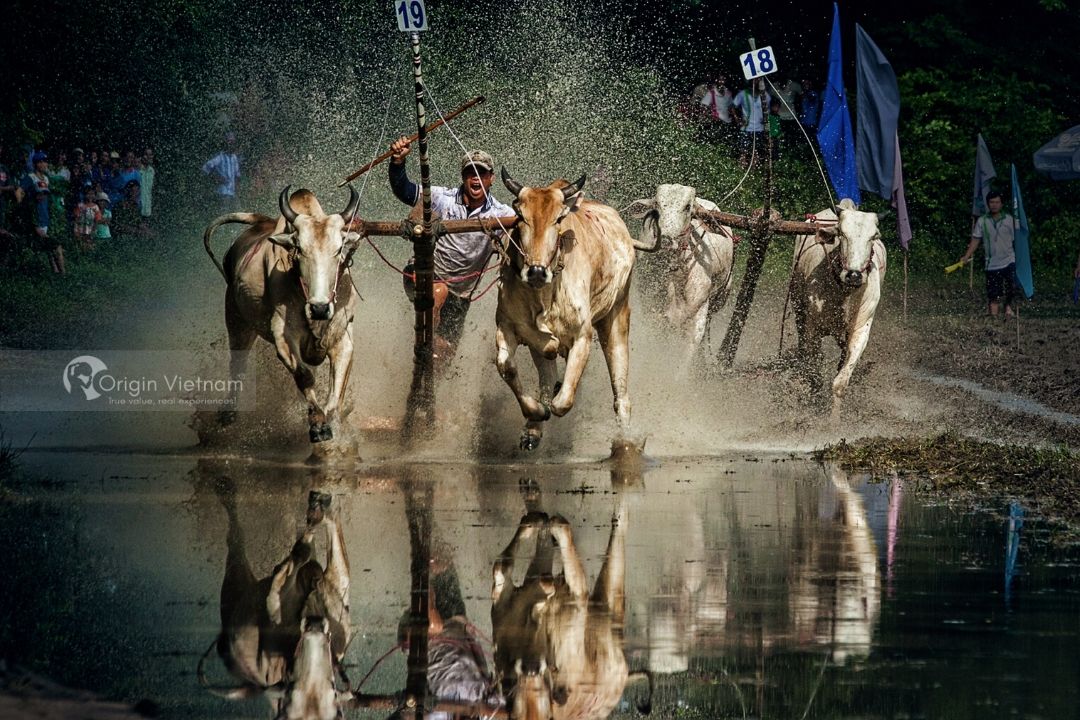 Can Tho Tour Packages

If you want to explore another “Halong Bay” in Southwest Vietnam. Let Origin Vietnam take you discover Kien Giang with many other large and small islands

Can Tho Travel Guide & Things to do

All Things Need to know before travelling to Can Tho

You wish to experience the new feelings for the local life at southwest Vietnam; Con Son Islet in Can Tho is the perfect destination for

Over the years, Ninh Kieu wharf has always been a pride and pride of the children of Can Tho. With the charming beauty of the

Cai Rang Floating Market is the invaluable “Specialty” of Can Tho people and Mekong Delta region. Once visiting Southwest Vietnam, it should not miss Cai

Travel to Can Tho that you should not skip visit the Bao Gia Trang Vien ecological garden. It’s guaranteed to have comfortable relaxation moments. The

Coming to Lung Cot Cau eco-tourism area. You have chance to get real experience the simple life of Vietnam Mekong River delta. You will have

Top Recommended Hotels in Can Tho

Mekong Daniel Homestay Can Tho

Vinpearl Hotel Can Tho

Can Tho Travel Blog

That could be a get new experience of travel stories and taste local ingredients in traditional and local cuisines. Especially visit Cai Rang floating market activities. It will take you into stepping of discover hidden of Can Tho Vietnam!