Quang Ngai Beaches – The province is not only a key economic region of the Central region with Dung Quat oil refinery, the first refinery in Vietnam. But also a beautiful coastal city with a total length of coastline up to approximately 129km.

1. Ly Son Beach is the most attractive Quang Ngai Beaches 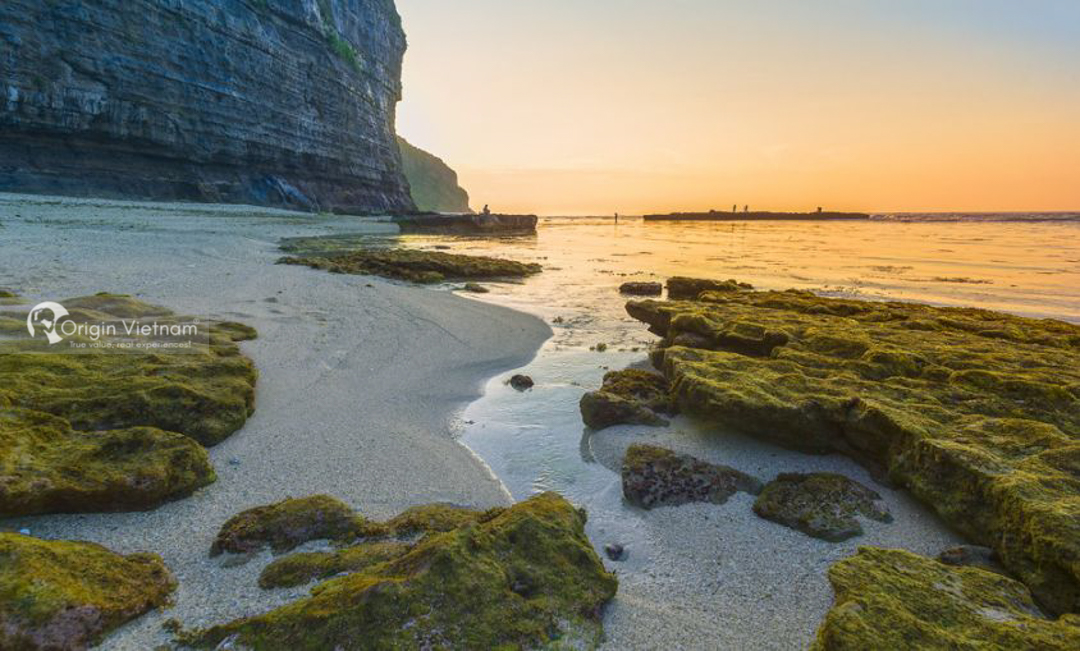 Ly Son is probably the most famous destination of Quang Ngai province for those who love the sea. The entire Ly Son island is divided into two small islands: Big and Small. Often referred to as a pearl in the middle of the open sea, the beauty of Ly Son beach comes from the clear water that can be seen from the bottom to the gentle waves, even in shallow waters. You only need to wear glasses. diving into it can also see the coral reefs near the shore.

When coming to Ly Son. It is impossible to ignore the To Vo gate, a stone arch on the island formed entirely by nature, without the impact of human hands.

This natural stone gate is also the number one virtual photography location of anyone. Especially for photographer & young people when visiting Ly Son. 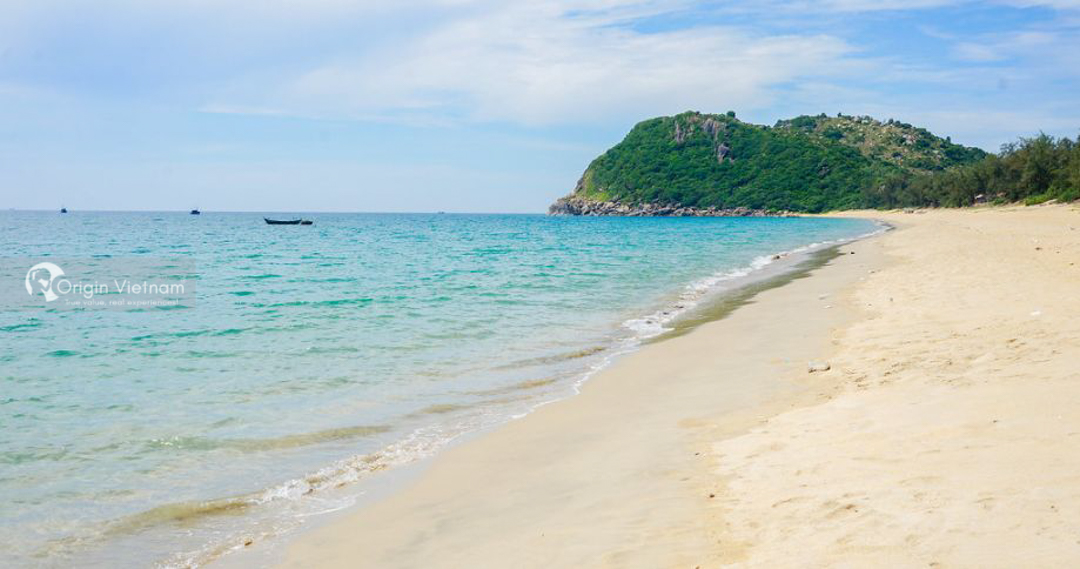 Once known as the Hoang Sa, meaning “Golden sand”. Sa Huynh has long been famous as the largest salt bowl in the Central, as well as the sea with its very own beauty. Unlike other beaches of Quang Ngai, the sand in Sa Huynh is not white. But has a golden color, each sand dunes glitter gold under the sun curling in the crescent shape of the beach.

Coming to Sa Huynh, you also immersed in the fresh air carrying a little taste of the sea, watching the green coconut trees along the sand.

It is worth a visit Quang Ngai Beaches

Not only that, about a nautical mile from the beach. There are many beautiful coral reefs, which are the habitat of dozens of different types of fish. Along with the beauty of the sea, Sa Huynh also has Cam mountain winding, rocky rapids in Chau Me or Monkey Island, Crush Island, Umbrella Island, Khu Ong Island, Son Island located far away from the sea, which is also a favorite destination. For those who want to fully explore the beauty of this place. 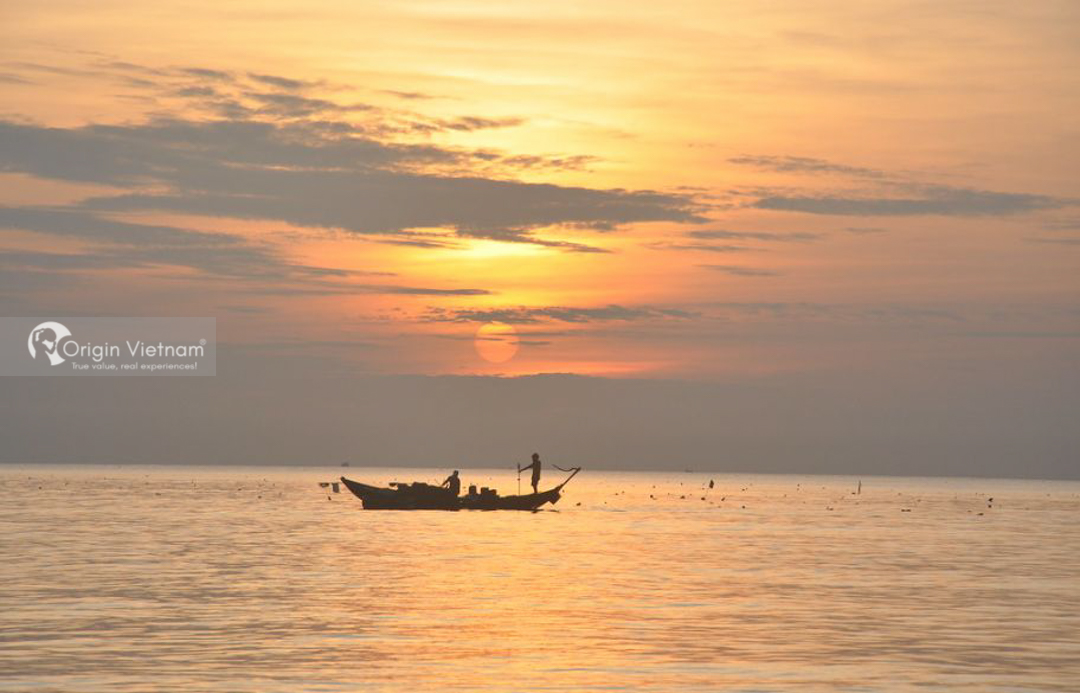 Located right on Highway 24B. My Khe beach in Quang Ngai is often referred to as “the sleeping fairy”. Because of its wild and extremely lyrical beauty. My Khe is often chosen as a destination for those who love the peace and quiet. Along with the long white sandy beaches with gentle slopes. My Khe beach is surrounded by a lush green poplar forest along the coast and the Kinh river all year round. 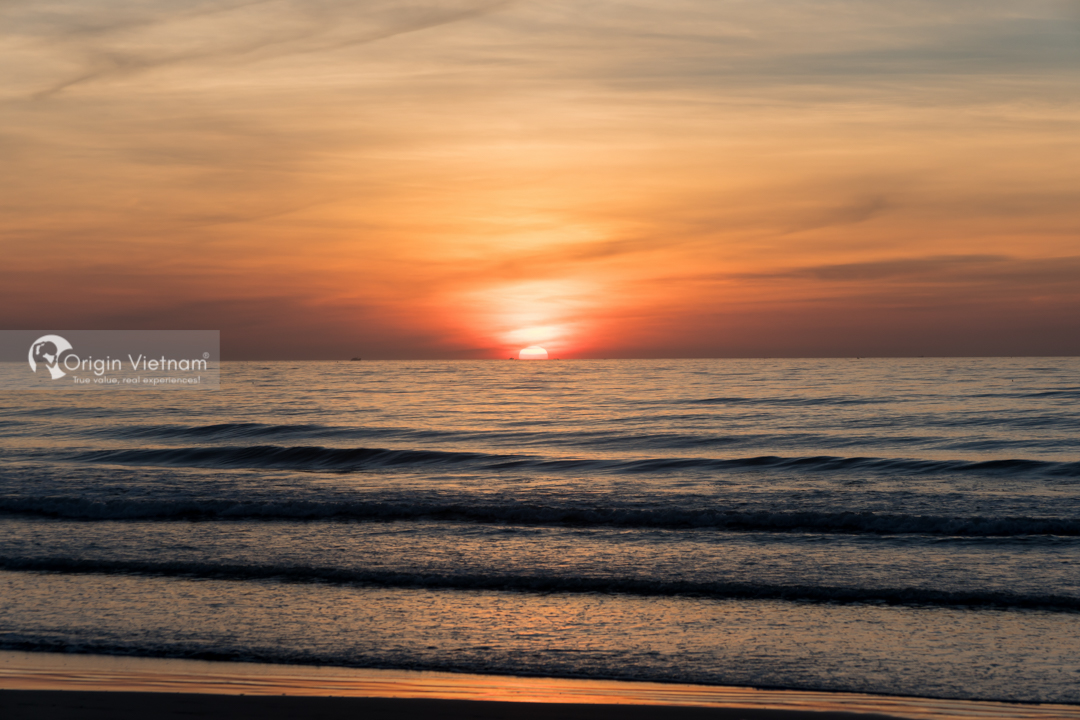 The Cannabis Sea in the heart of the visitors is probably a vast, peaceful, dim water of waves at sunset. Along with the common characteristics of the sea. Such as clear blue water, white sandy beaches. Sa Can also attracts visitors by the simple and rustic features of the fishing village around the seaport. Especially with the custom of worshiping Ong fish or festivals.

Boat racing, the traditional cultural traits passed down through generations of people here, is the beauty of time, the breath of history that not everywhere can be preserved as Sa Can. 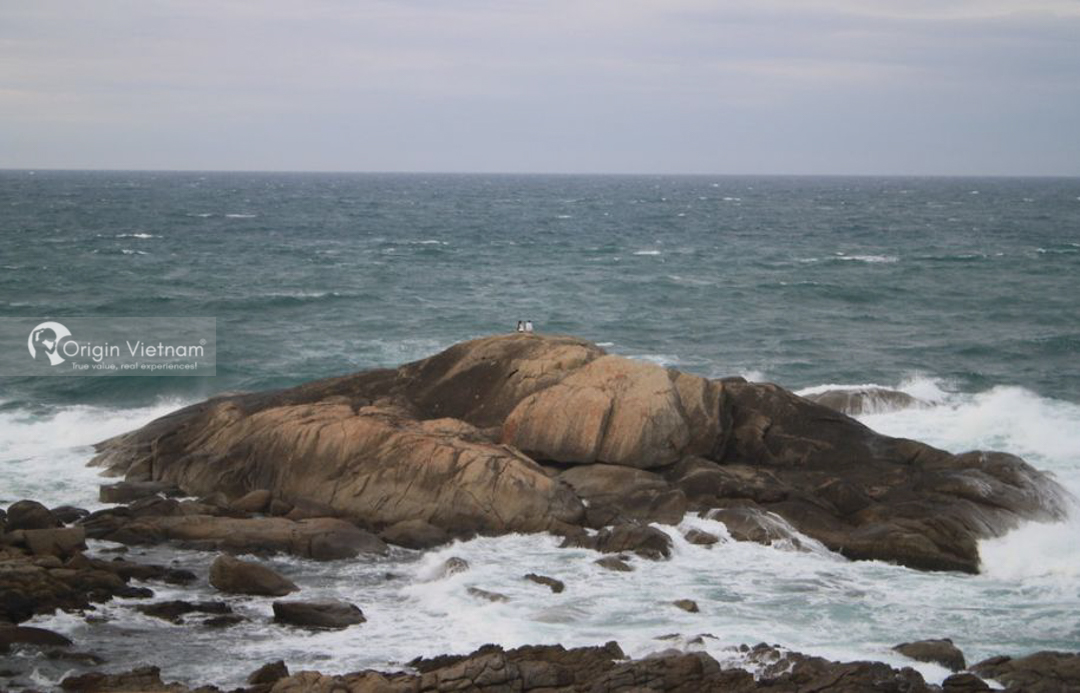 Referring to Dung Quat, people often remember the refinery. But it’s also has an extremely beautiful beach. Dung Quat Beach is peaceful all year round with cool blue water and a long stretch of white sand. The calm sea and the ideal sea level make this place a favorite destination for those who love to swim and immerse themselves in the immense sea. Not only that, you absolutely can lie in the sun on the sand dunes, open the sea breeze to enjoy the cool air of the sea here.

Quang Ngai has been favored to create beautiful places. But has not been invested in tourism. Therefore, travel to Quang Ngai, you should remember to visit other interesting place not only beach to admire the wildness of it! 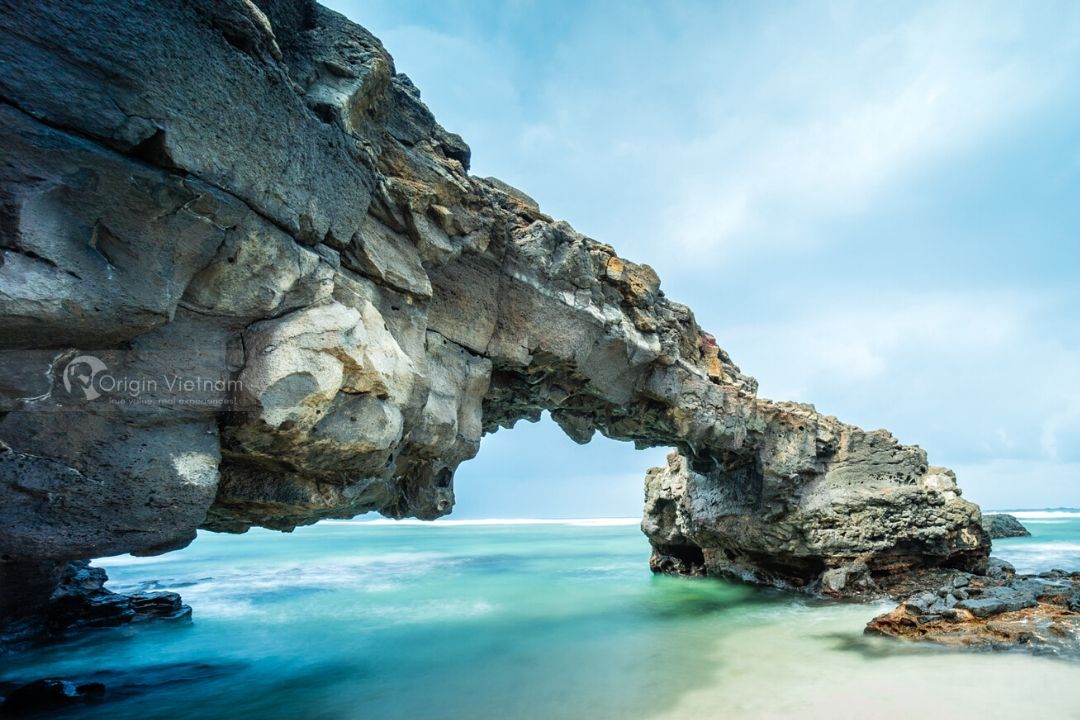 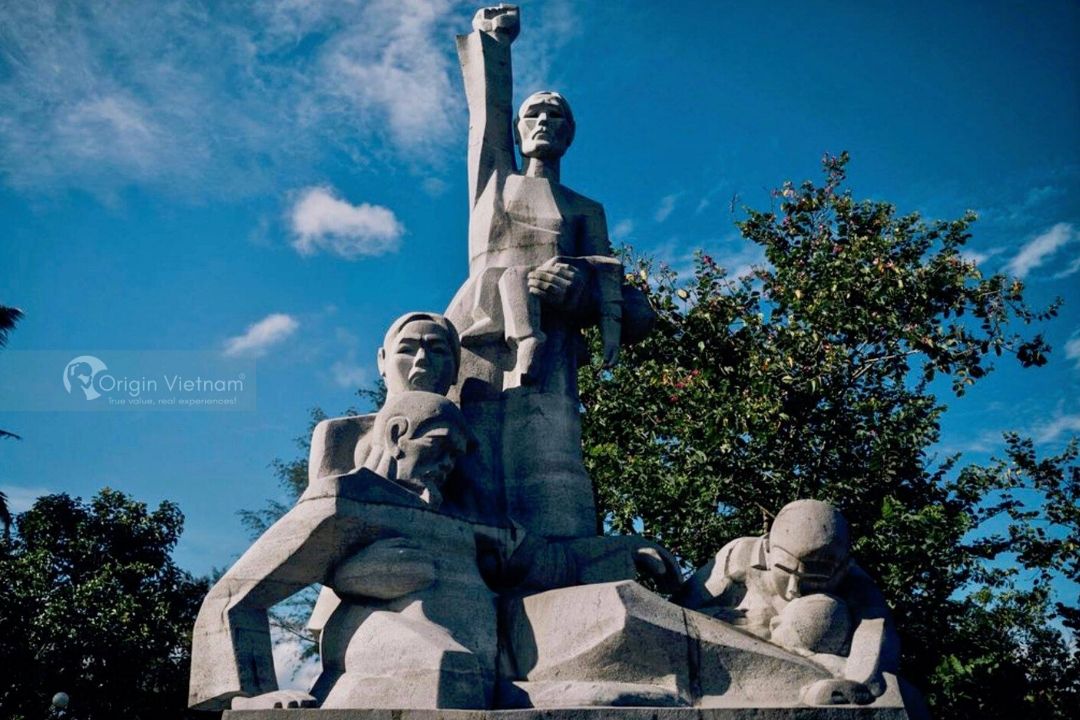 Memories Of My Lai 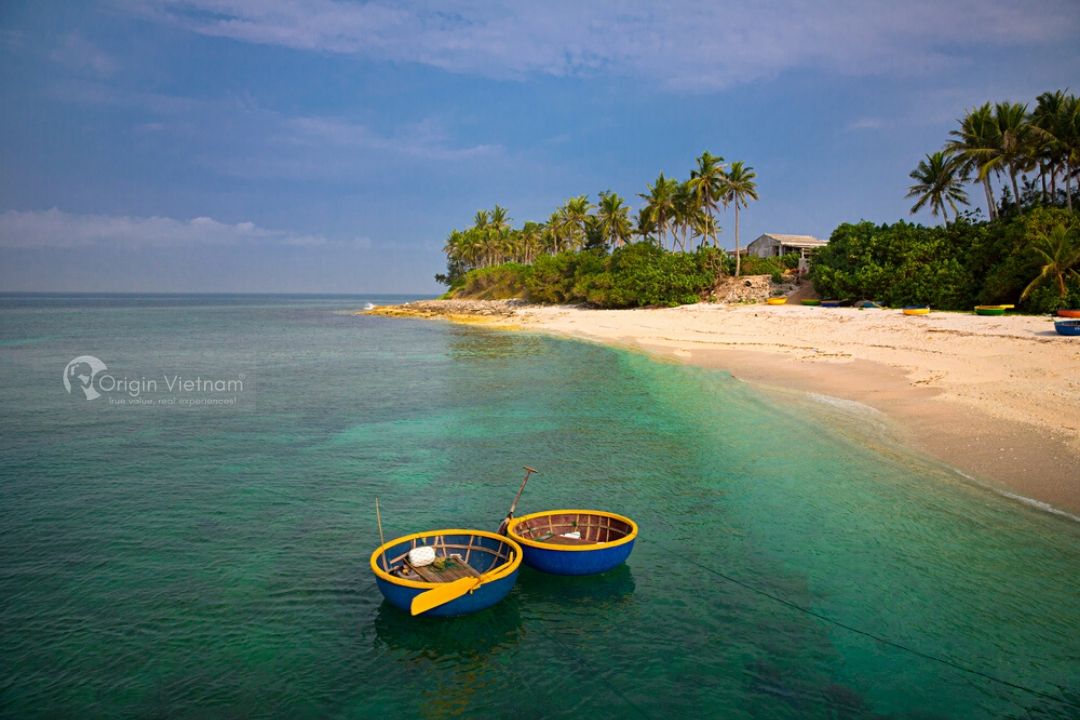 All Things Need to know before travelling to Quang Ngai

For the local people far from their hometown, “the first landscape” of Thien An mountain. It’s the name that goes back to their hearts every

Referring to Quang Ngai, every visitor thinks of a destination like Ly Son Island. But few know the interesting place like Sa Huynh. Let Origin

Ly Son – An island district of Quang Ngai province – Preferred by tourists like the island “Jeju of Vietnam”. Because of its peaceful and

Quang Ngai Beaches – The province is not only a key economic region of the Central region with Dung Quat oil refinery, the first refinery

Get new experience of travel stories and taste local cuisines. It will take you into stepping of discover hidden sites of Vietnam!