Travel to Quang Binh if only know the “first move” Phong Nha is not enough. There is Tien Son cave (also known as the Dry cave). It’s a beautiful landscape as little as Phong Nha. Phong Nha and Ke Bang are just two of the 300 large and small caves in the Phong Nha – Ke Bang Nature Reserve. Which is known as the “The cave of kingdom”. 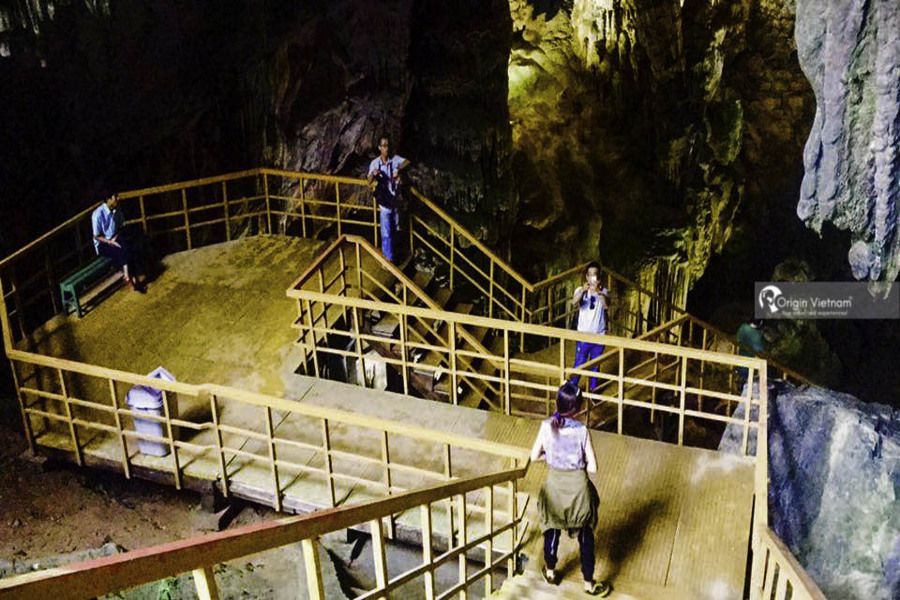 Tien Son cave is located about 1,000m from Phong Nha cave, at an altitude of 200m. Follow Origin Travel Vietnam to find it out. Why Tien Son is the most important cave not to be missed when visiting Quang Binh.

How Tien Son Cave is Unique? 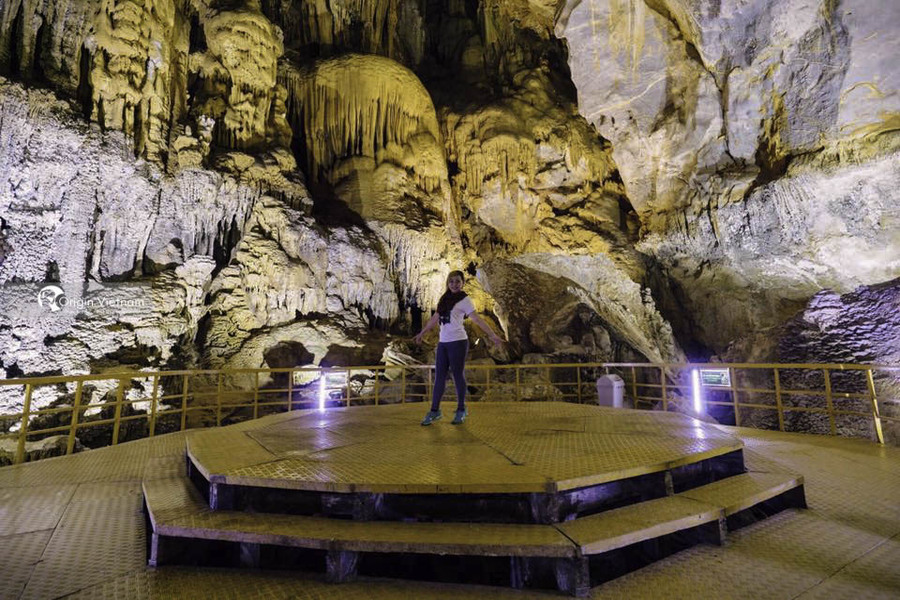 Tien Son and Phong Nha are pairs of twin caves of the contiguous creatures, one submerged in a mountain karst Ke Bang. The road to Tien Son winding around the middle of the mountain. The Entrance of the cave at an altitude of about 200 m above the Phong Nha Cave. It is considered as the castle of stalactites with thousands of tons of colorful, marble stalactite columns look attractive.

The scenery in Tien Son cave is such as “Heaven scene”. Tumbling in the cave is thousands of stalactites with many colors of illusion. High clear, clear floating many colors are still as silver. The marble pillars are marvelous, making people ecstatic as if they were stuck in a celestial arch.

Tien Son Cave is more unique than Phong Nha is the stone slabs and stone resonators sound. When people tap on it will emit strange sounds, such as the gongs, the drums coming out from the depths of the earth.

Tien Son cave was formed about tens of millions of years ago, when a stream of water flowing through the mountain was hollowed out, eroding the Ke Bang limestone mountain.

Later, due to geological tectonics, the mass of this mountain was either raised or lowered, causing the rocks to collapse to prevent the flow of the Tien Son cave at the top. The river flows through the underground to create Phong Nha cave. 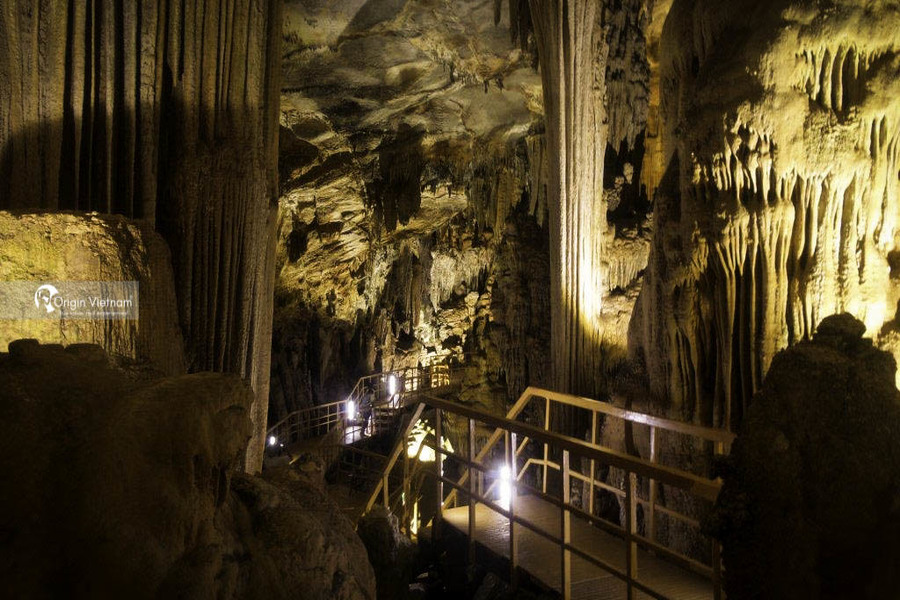 Survey of the Royal Caves Association, although the two caves are adjacent. But between Phong Nha caves and Tien Son caves do not have the same communication. Tien Son cave has the length of 980m. From the gate of about 400m. There is a depth of about 10m, and then the cave is nearly 500m long, which is quite dangerous. Therefore, Quang Binh province can not organize tours in this part of the cave. The length of the entrance from the entrance is only 400m. That the reason why it’s one of the best place in Vietnam for holiday.

People in the area said that in addition to the beautiful scenery of Tien Son cave. They have picked up some relics that are the relics of ancient people on the flat ground in front of the cave. That makes the Tien Son cave more mysterious and attractive.

If your concern for more information about tours to Phong Nha Ke Bang, you may contact us at sales@originvietnam.com or call direct to (+84)82 909 8686.

How wonderful it is when you spend full day to trek through Phong Nha National Park to reach the jungle and discover its specialties. The

Hang En Cave Discovery and camping will be the exciting time to discover the unique of Phong Nha Ke Bang National Park. Discover the world

Along with famous caves like Thien Duong and Son Doong. But the lesser known Tu Lan cave system is also contributing to the attraction of