Hue tourism not only attracts visitors by the cultural and historical beauty but also win the hearts by friendly people in here. The tenderness and sweetness of a Hue girl make everyone fall in love. Or the sudden rains in October create feelings of quietness, sedimentation and romantic as well.

Those beauties make visitors cannot stop missing after they leaf Hue. Coming to Hue is harmonizes with the poetic, charming beauty. If anyone book Hue tour without visiting the following tourist destinations, it is impossible to understand all the wonderful beauty of the dreamy Hue. 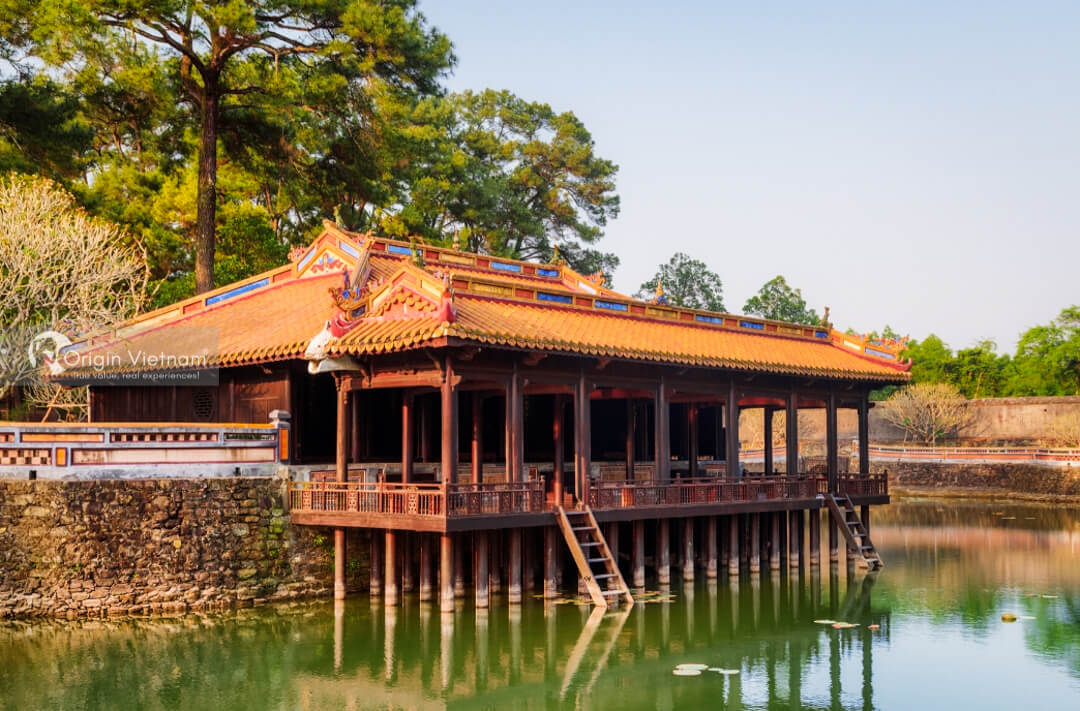 Also known as Khiem Lang, is one of the beautiful architectural works of the Nguyen Dynasty, about 5 km from the centre of Hue city. Tu Duc Tomb has about 50 architectural structures with Khiem in their names. There is also a Minh Khiem theatre for the king to watch and be considered the oldest theatre in Vietnam still preserved.

To enter Tu Duc tomb, you will enter from the side gate, because the front gate or the main gate is closed forever. After the King died they transferred his dead body into the tomb. So, it is closed because that gate is only used for King.

He is the Fourth King of the Nguyen Dynasty and this tomb was built within 3 years. Talking about Tomb, it’s something about death and sombre. But when you visit tombs of the Nguyen dynasty, you will see something different. Because it’s the tomb that has the gate to enter the eternity and it’s the place of joy as well. Before the King died, He was here to work and enjoy life. 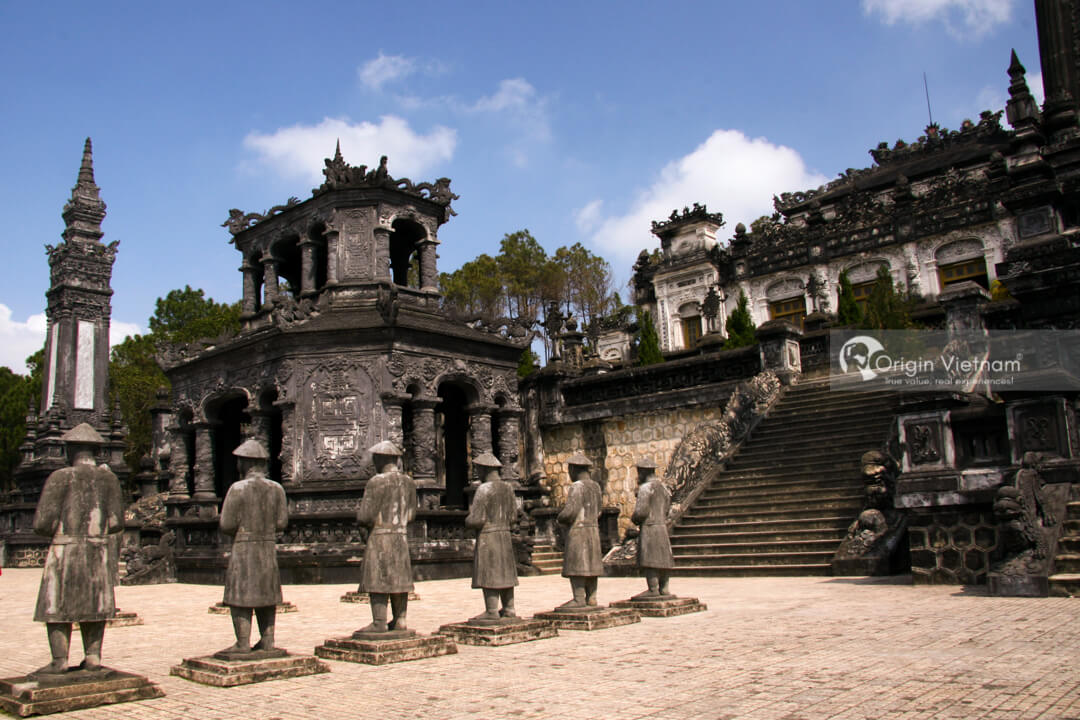 Khai Dinh mausoleum with a combination of ancient features and breaking lines in modern architecture, a mixture of Asian, Western and Vietnamese architecture has attracted many visitors. Besides, the Mausoleum is located in a pristine, spectacular natural space of Chau E mountains, creating a quite special picture.

It’s a belief that the King would build the tomb while he was living. That’s a good way for him to prepare his eternal house after he died. 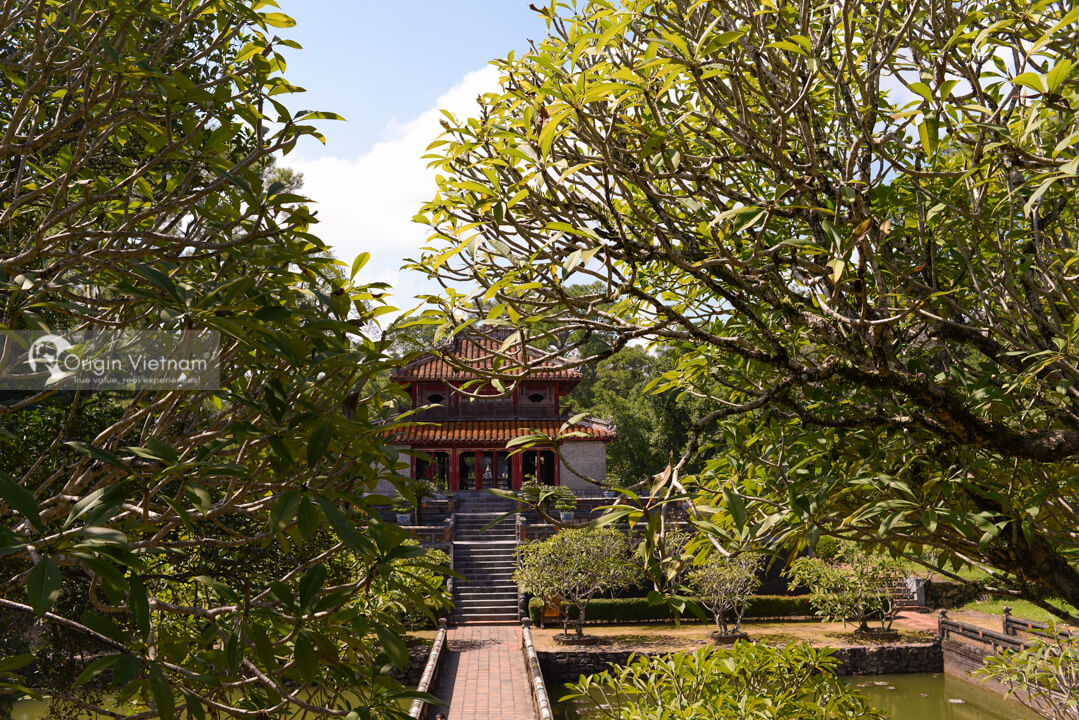 Also called Hieu Lang, is located on Cam Ke Mountain, about 15 km from the centre of Hue city. Tomb of Minh Mang is a collection of unique architectural works with more than 40 works including palaces, castles, temples. Besides, the tomb is also a treasure with nearly 600 crossword carvings of poems on Bi Dinh, Hien Duc Mon, Sung An and Minh Lau.

The Tomb of Minh Mang expresses the profoundness as a social institution with the character of a king with many strategies. 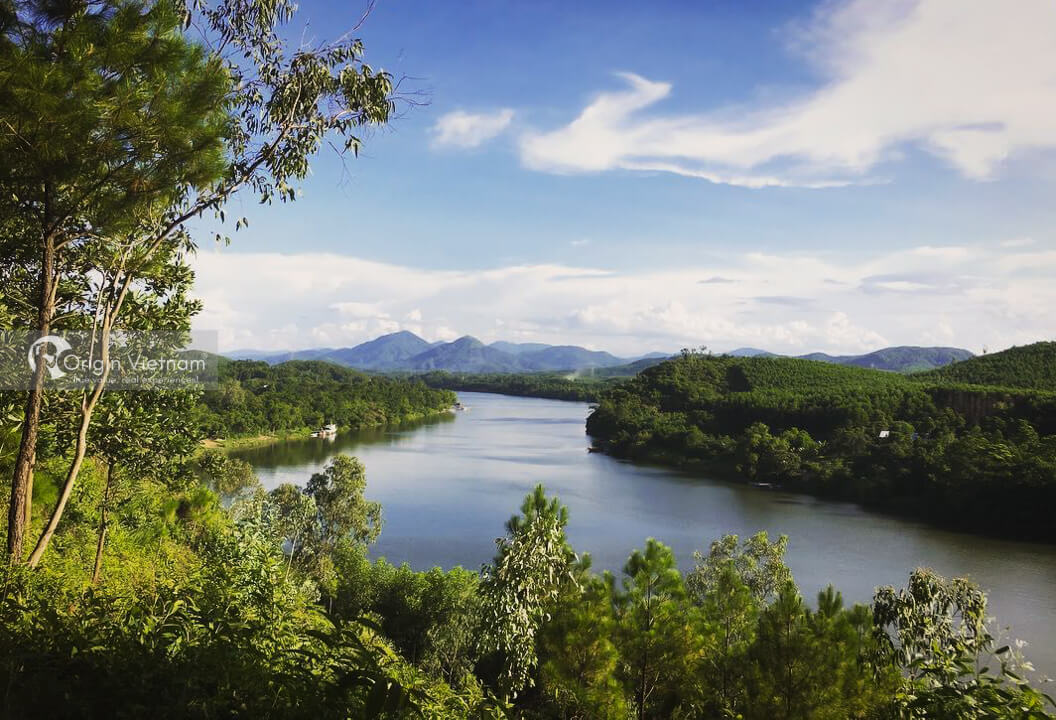 It’s mean a place to enjoy the landscape. This hill is one of the best places to enjoy the overview of the Huong River (Perfume river), especially for sunrise and sunset. 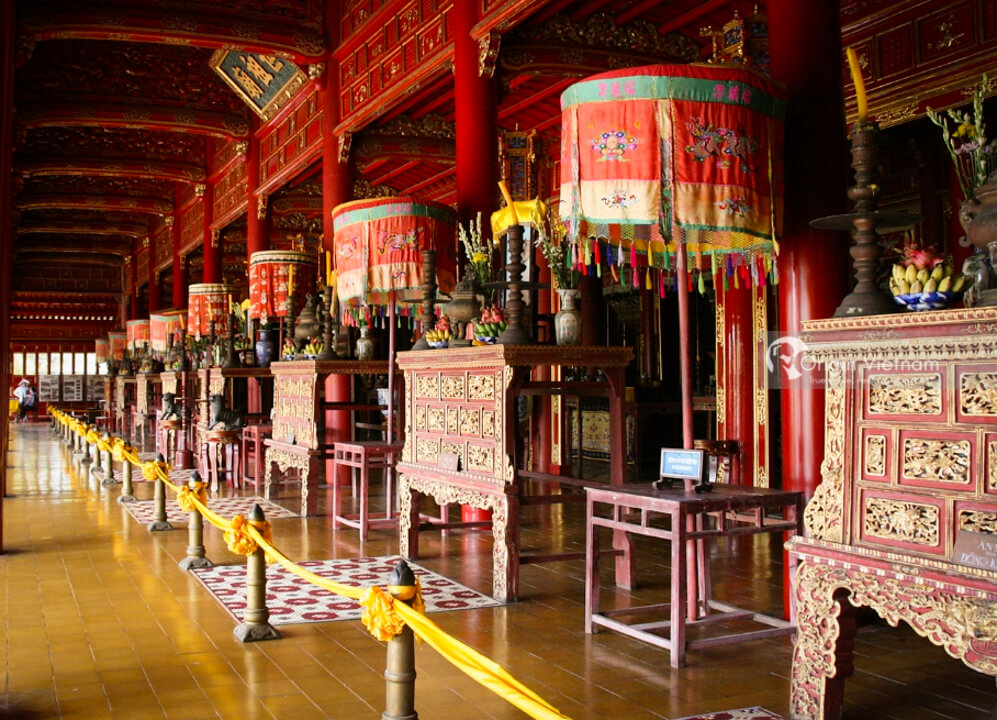 Hue Citadel is a historic centre and unique architectural structure in the complex of Hue historical monuments, recognized by UNESCO as a world cultural heritage on 11-12-1993. The whole area is citadel but this one is the great enclosure.

There are 5 gates: 3 main gates and 2 others on the size. The middle one is only for King and two others are for mandarins under Nguyen Dynasty and for the delegates who were going to visit the Kings and royal in the past. 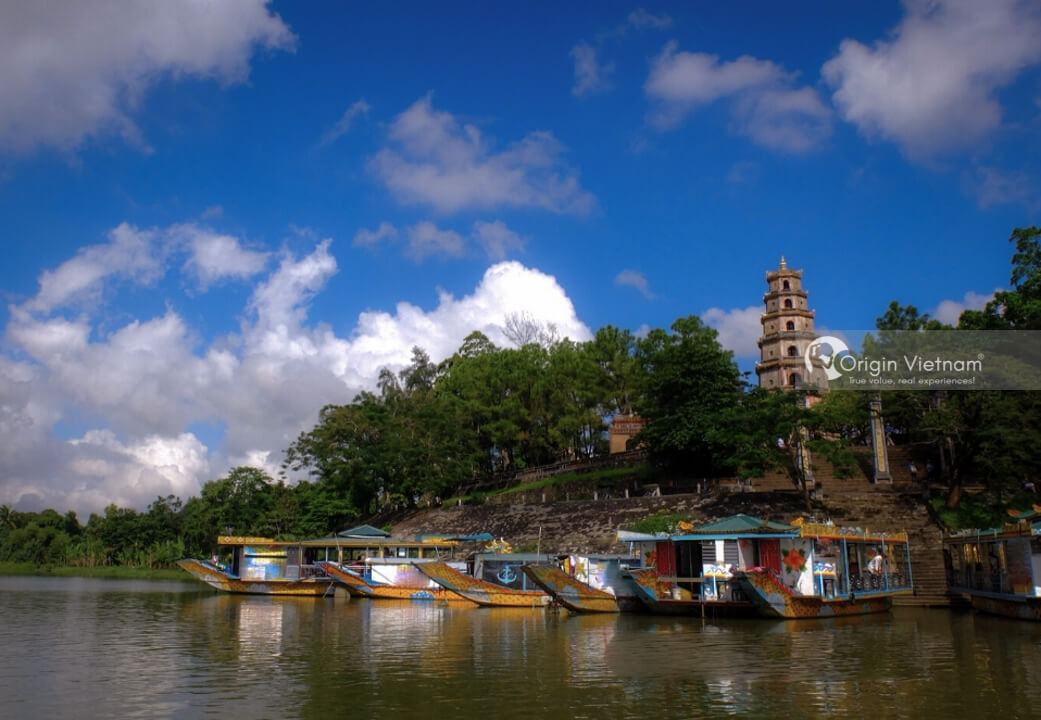 Thien Mu Pagoda, also known as Linh Mu Pagoda. It is located on Ha Khe hill on the left bank of Huong River, Kim Long Ward, Hue City. It’s about 5 km to the west of the centre. You can come here by car, by boat or by bike. The view along the perfume river is nice. 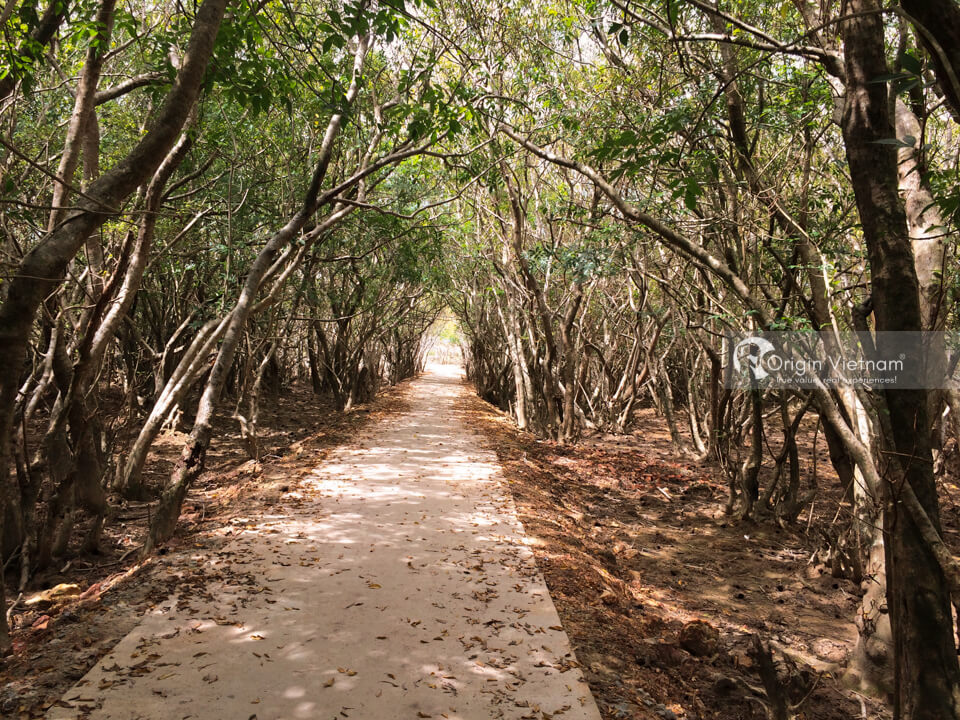 Hue is not only a famous historical town it’s also a seaside town. Thuan An beach is a place where locals enjoy fresh air and swimming. After enjoying the beach, you enter a boat just stopped by the place called “Ru Cha” ( a local place to see mangroves forest). 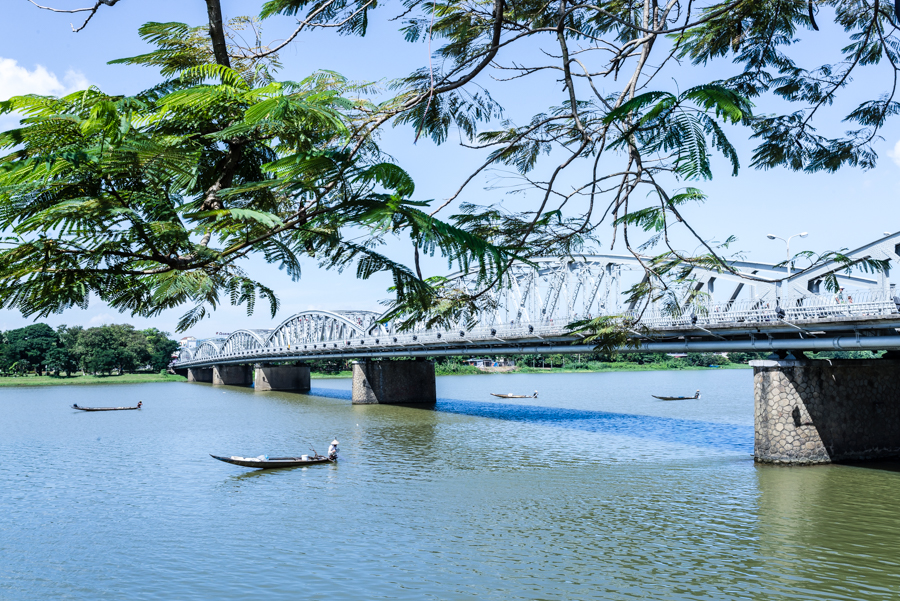 Huong river or Perfume river, it’s the main supply of the water for the whole city. In the past, the people relied on the river much more now. Where does the name perfume river come from? There are many stories explain that, but the most reliable one is in summer at the source of the Huong river.

There was a special kind of plant releasing a very nice smell and somehow people named it, because of that reason.

A Luoi is a mountainous district lies between A Shau Valley and the border with Salavan and Sekong provinces, Laos. It is about 60 kilometers