The ancient houses are the places that you simply have to visit when going on Hoi An tours. Read on to discover what makes these places the staple of Hoi An town. 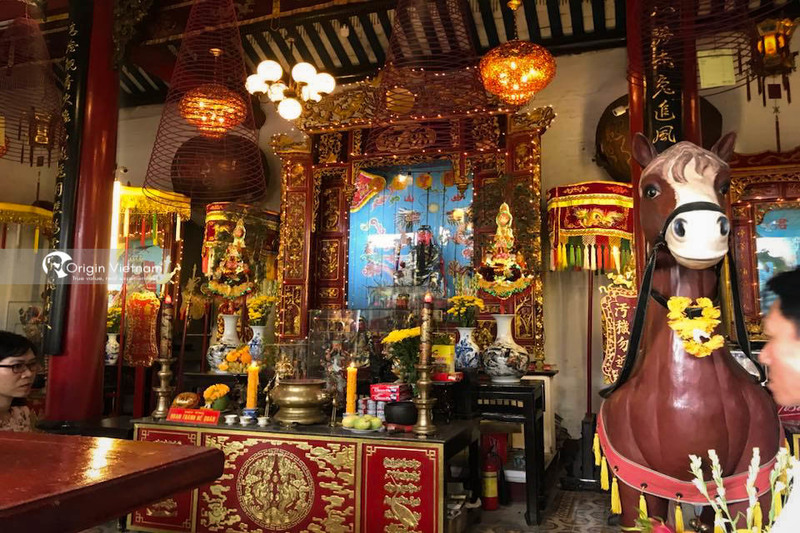 Hoi An is famous for the beauty of traditional architecture, the harmony of houses, walls and roads. Along with the ups and downs of history, Hoi An ancient town still retains the ancient features of the past. When you go on Hoi An tours, you can immediately see this in the ancient houses. The mossy style is presented in each tile roof, brick, tree … The ancient feel is the idyllic character, with the essence of the local people.

Over the history of over 200 years, these ancient houses still remain unique architecture. If you are looking for a Vietnam vacation spot, let’s try this attractive destination for day trips from Hoi An.

Where to find the ancient houses in Hoi An?

Hoi An ancient town is located in the Minh An district. The whole area is of 2 km², with various small streets. The town is right next to the river. The streets encover it are Bach Dang street, Nguyen Thai Hoc street, Tran Phu street and Nguyen Thi Minh Khai street.

Tran Phu street is the main street of the district. It is where most of the ancient houses are based. Nguyen Thai Hoc street also is the home to many beautiful ones.

Some popular ancient houses in Hoi An

Hoi An ancient houses are the harmonious integration of Vietnamese-Chinese-Japanese-French architectural styles. The skillful hands of the generations of artisans have built up, blending the diversity of these architectural traditions into a harmonious combination. The oldest houses date back to the eighteenth century. Most of the houses were built during the French colonial period. The ancient houses in Hoi An were built in five main types. Here are some typical houses in the Heritage Area: 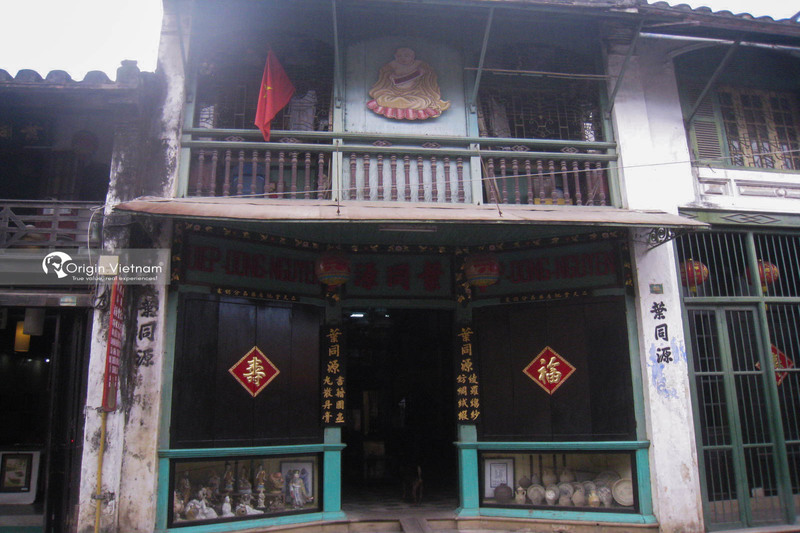 A spot not to be missed in Hoi An walking tours is the Diep Dong Nguyen ancient house. The house is located at 58 Nguyen Thai Hoc Street. This is a place where many visitors, researchers and foreigners compare to a museum of priceless antiques. The house is always open for visitors to sightseeing. Ancient artifacts here do not seem to be protected, but never lost. The house was built in the late 19th century. The owner’s ancestors were a Chinese merchant.

The ground floor of the house mainly displays the bowl, crockery. The ceramic artifacts are diverse in species and date. They were all collected by the previous generation of family. Photos of ancient people in ancient costumes are arranged solemnly at the house. Particularly, this ancient house also store a lot of black and white photographs. They are precious documents about the land and Hoi An people decades ago. Inside is a collection of coins, with a relatively full range of feudal dynasties in Vietnam and China and Japan.

All are arranged and classified according to historical chronicles. This is to make the viewer easy to understand. Through the small wooden stairs to the second floor are precious antiques. They things store here are all said to be rare. 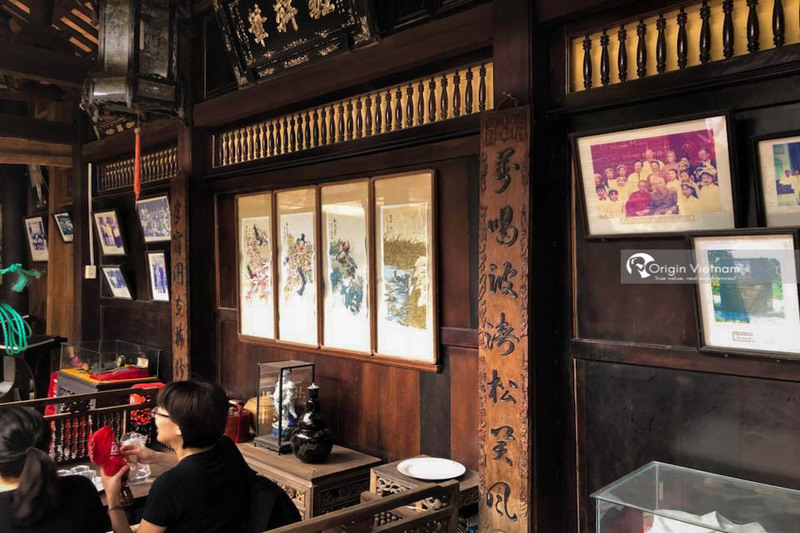 Duc An ancient house is located at 129 Tran Phu street. This house was built in Vietnamese style. And it made the most of light space, the main material is the wooden band. Over the years, the ancient Duc An remains as a “living witness” of history, preserving the cultural values that the owner left.

Duc An Ancient House is also a place to mark the operation of the Association of Vietnam, youth revolution in Hoi An as well as Quang Nam province. It was also associated with revolutionary soldiers Cao Hong Lanh. After the anti-tax event of 1908, the ancient Duc An switch to selling drugs. It was merged with the busy trade of many pharmacies in Hoi An. But it was still the meeting place of patriotic patriots in the area. 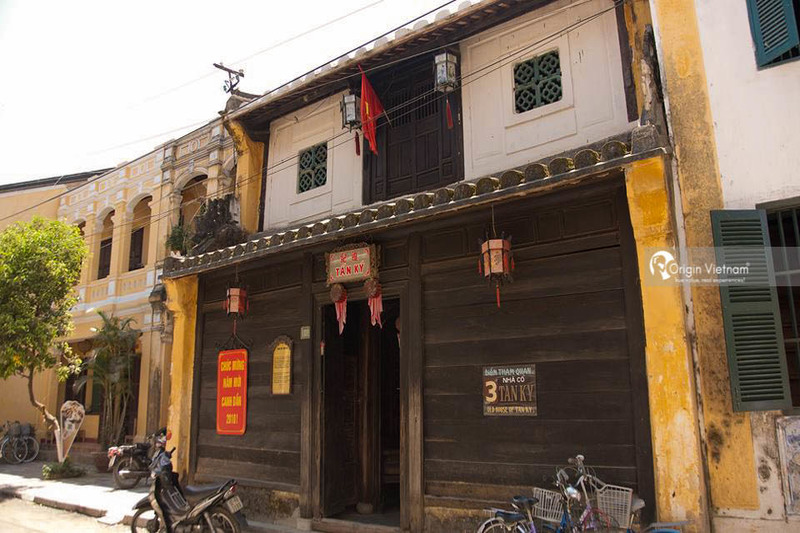 This ancient house was built in 1741 and has 7 generations of Le family live here. It is located at 101 Nguyen Thai Hoc street. The house used to be a place to trade agricultural products. The entire architecture of the house was built in the shape of a pipe. With the characteristics of the ancient city, there is no windows. There is only the courtyard between the house to pick up the light which is called “skylight.”

Here are some of the most famous ancient houses in Hoi An. If you are interested in Hoi An 1 day itinerary, you can easily contact with Origin Vietnam Travel for more information. We are tours by locals Vietnam with knowledge and experience to bring you the best tours in Vietnam. 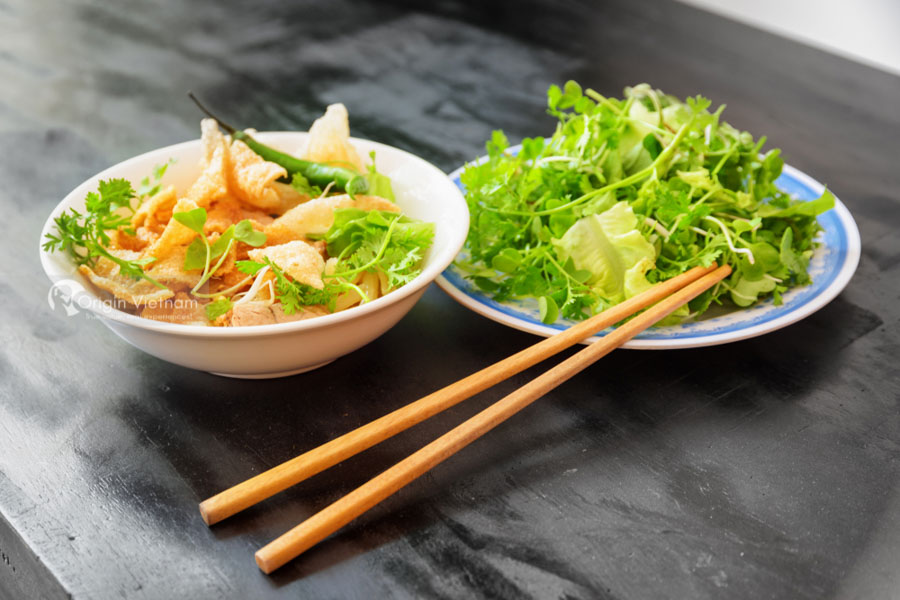 Hoi An sightseeing and taste local food tour will be a great time for combing visit ancient town and local foods tasting. Reality, the trip 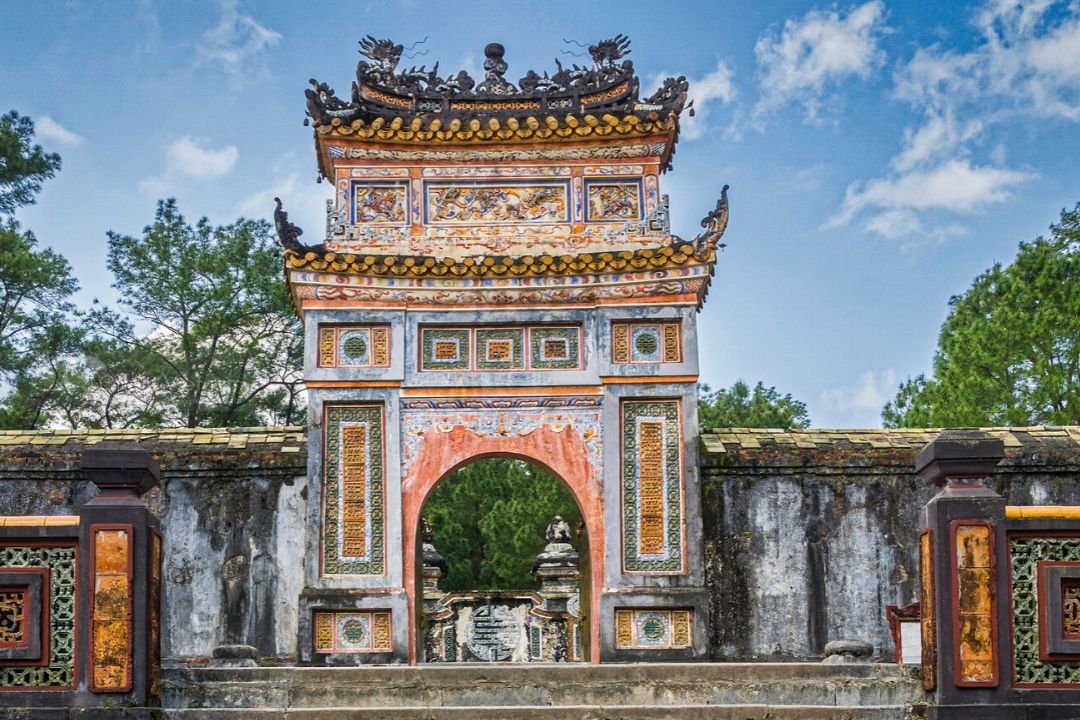 Hue 2 Days Tour From Hoi An

Hue city is one of the main touristic central of Vietnam. It attracts tourists from over the world by its peaceful and charming. Spend 2 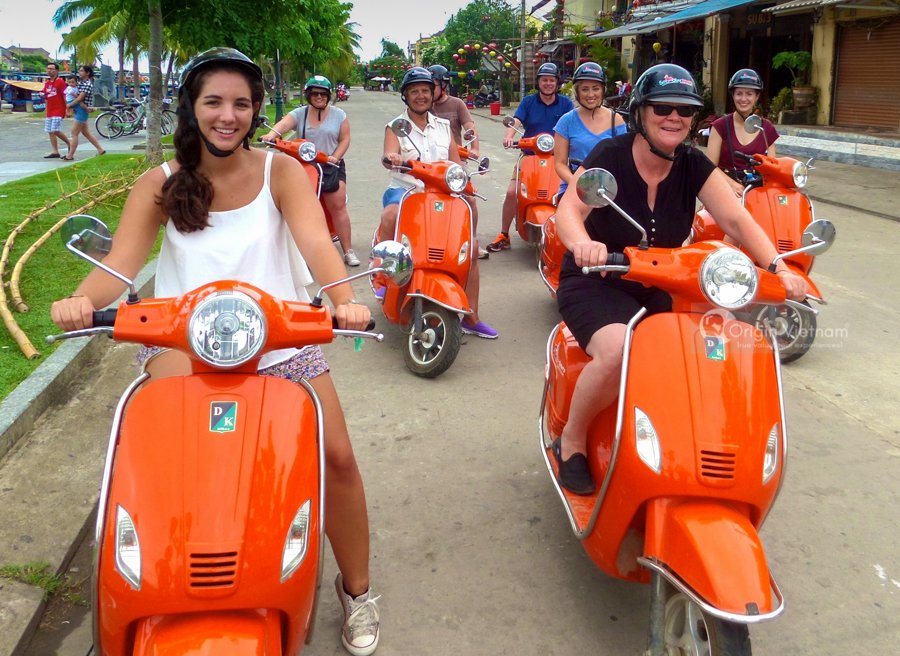 Discover Hoi An By Electric Scooter

This unique eco tour is to discover and get experience of Hoian captivating countryside. Travel around Hoi An on a comfortable electric scooter. Let get the discoveries

Chuc Thanh Pagoda is the oldest and most revered Buddhism pagoda in Hoi An. It’s

The Folklore Museum of Hoi An takes you to a completely different space. With art

Hoai River Square has a large campaign with area of 01 hecta. It stretches along

Tra Que vegetable village Hoian has been well-known for a long time with fresh, organic 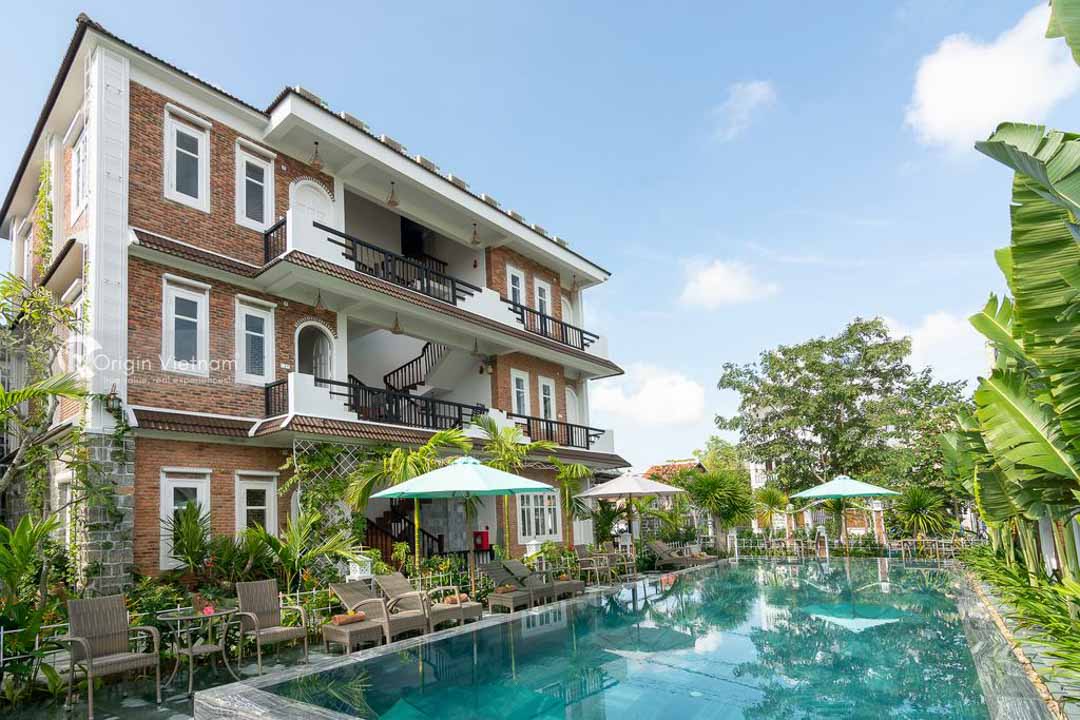 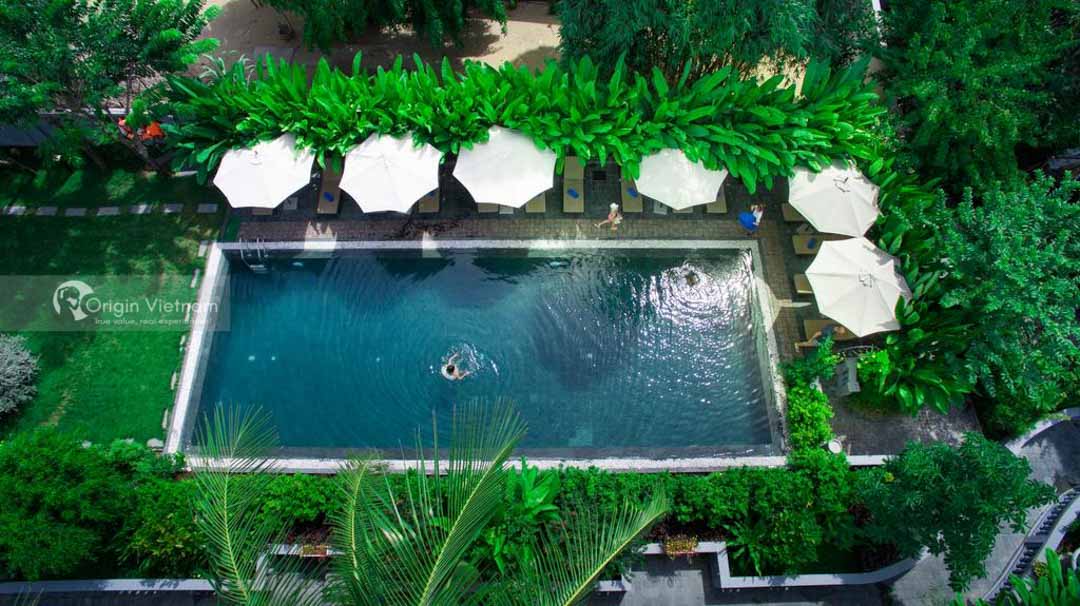