Along with the sightseeing area of Van Mieu Quoc Tu Giam, Uncle Ho’s Mausoleum and One Pillar Pagoda. Imperial Citadel of Thang Long has become one of the oldest surviving places in Hanoi, associated with countless dynasties and ups and downs of history. 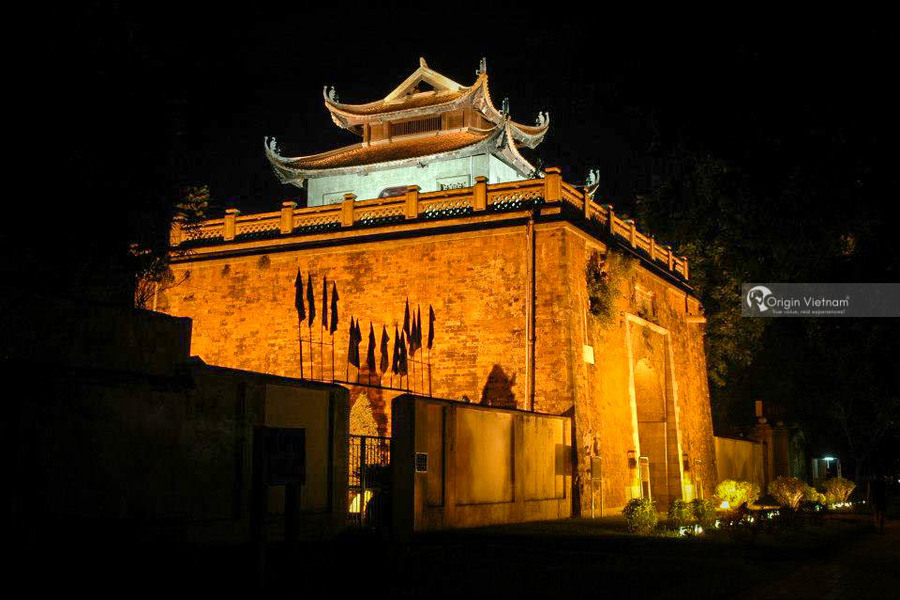 How Imperial Citadel of Thang Long is unique?

Not simple to be recognized by UNESCO as a World Heritage Site. Imperial Citadel of Thang Long Hanoi is a work built by our country in the 7th century, under the Dinh – Tien Le dynasty. With many historical values without everywhere. This was the economic, political and cultural centre of the Ly – Tran – Le – Nguyen dynasties during the 13 century. It is a testament to the intersection of unique culture and customs through each period. Especially a mark of the indomitable spirit of an independent colonial country. And today, it becomes a relic, becomes an attractive tourist destination of the capital, attracting a lot of tourists to visit. 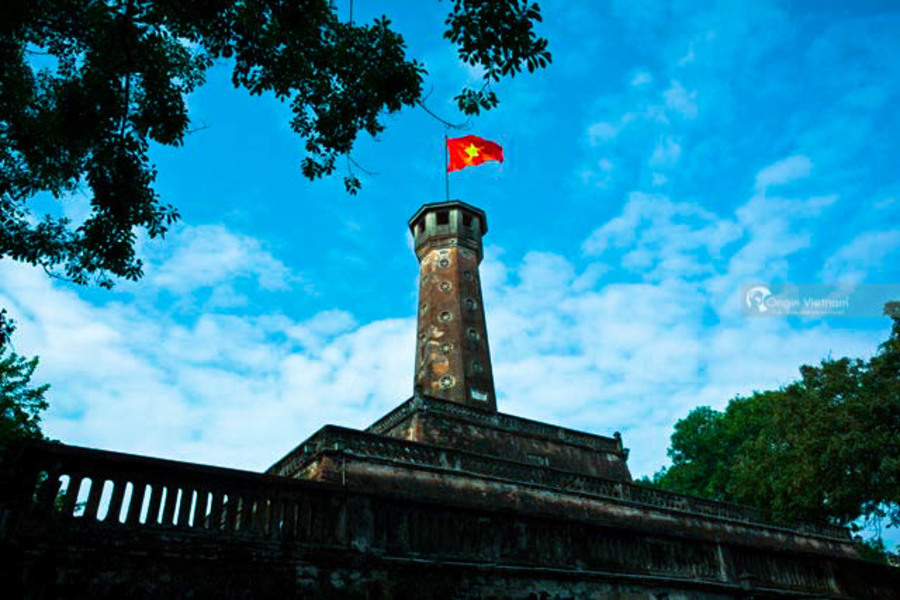 Top things to do in Imperial Citadel of Thang Long

Although it has been destroyed and restored many times. The Imperial Citadel of Thang Long Hanoi still has traces of ancient history and culture that are now famous attractions of tourists, especially foreign tourists, such as:

This relic includes the bottom floor which is an eastern part of Dai La citadel under the Cao Bien Dynasty, the Tang Dynasty. The upper floor of the Ly and Tran palaces, followed by a central part of the eastern Le Dynasty and the top is a part of the 19th-century Hanoi city centre.

Hanoi flagpole is a relic built-in 1812 during Gia Long dynasty. The flagpole is 60m high, including the base, the column body and the gazebo. The base is square with an area of 2007m² and consists of 3 tapering levels. Each level is surrounded by floral walls and patterns. From the ground up to the 2nd level, you must climb 18 steps on the east and west faces. Want to go from level 2 to level 3 must also climb 18 steps at the two doors east and west. The third level has 4 doors, the East, the West, the South and the North.

Doan Mon is the main gate leading to the Citadel, straight to the Hanoi flagpole. Designed as an ancient city gate, Doan Mon has 5 arched doors built entirely of stone and brick in the Le dynasty. The door in the middle is the passage for the king, the four doors on either side are the entrance of the courtiers. If you look from the outside, you will see that it has something similar to Hue Citadel, which also gives you the feeling of returning to the life of previous centuries, simple and ancient.

Going through Doan Mon is Kinh Thien Palace. This is the central monument, the place where the great court ceremonies and rituals took place. There are flagpoles in front of the glass, behind there are Hau Lau, Cua Bac, East and West surrounded by small doors. Currently, the remaining vestiges are the old foundation are 41.5 m wide, 57 m long and 2.3 m high. With artistic dragon sculpture details: big head, high protrusion, big and convex eyes, longhorns, winding body, … That is enough to see the scale and majesty of the old palace.

Hau Lau, also known as Tinh Bac Lau – a building built behind the Kinh Thien Thien Palace is also the citadel of Hanoi ancient citadel. This place used to be the residence of the queen and the princesses. Therefore, the project was invested on a large scale, entering inside was a noble, comfortable space with mostly wooden and carved furniture meticulous. 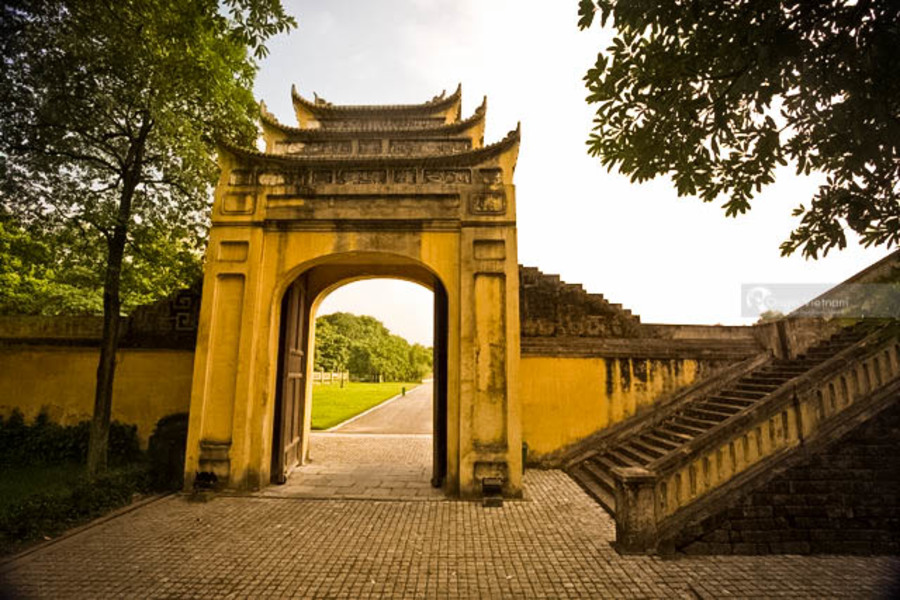 When is the best time to visit Imperial Citadel of Thang Long?

Visitors can visit Imperial Citadel of Thang Long at any time of the year. However, according to our experience, if you do not want to go under the bright sun or wet rains, autumn will be wisest the choice. At this time, the sky is clear and gentle, the capital does not rain. Only a little wind at the beginning of the season, which is very convenient for your journey to explore.

Imperial Citadel of Thang Long is located in Quan Thanh and Dien Bien wards, Ba Dinh district, Hanoi. With four sides bordering the central roads. Specifically: the East borders on Nguyen Tri Phuong Street, the West borders on Hoang Dieu Street, the Independent Road and the National Assembly Building, the South is Bac Son Street and the North is Phan Dinh Phung Street. Thanks to its central location with convenient traffic, this place is not difficult to find, even if you are just travelling to Hanoi for the first time.

To go here, visitors to 19C Hoang Dieu, this is the main gate for visitors. From the city centre, you can choose from private vehicles such as motorbike, car or bus. If you ride a motorbike you follow the directions of search google map. If you take the bus, you take bus route 22 (Gia Lam station – Hospital 103) the car will stop right in front of the gate of the relic.

Some hotels near Imperial Citadel of Thang Long:

Around the Imperial Citadel, there are many famous and cheap eateries such as Cao Ba Quat vermicelli, Lan Anh eel dishes, Thang Beo pork ear Salad, … visitors can visit and enjoy.

Don’t forget to read all things need to know before travel to Hanoi from Origin Vietnam.

Halong Bay is a wonder which should not miss once visiting Vietnam. How to visit and discover the majestic seascapes in the bay is the 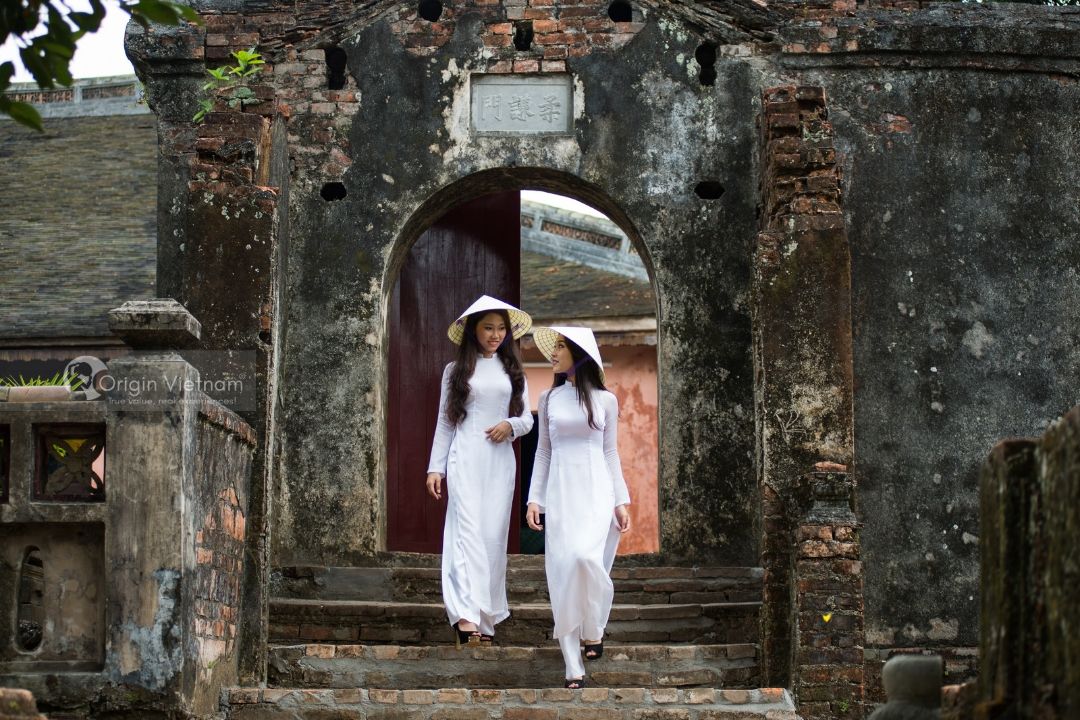 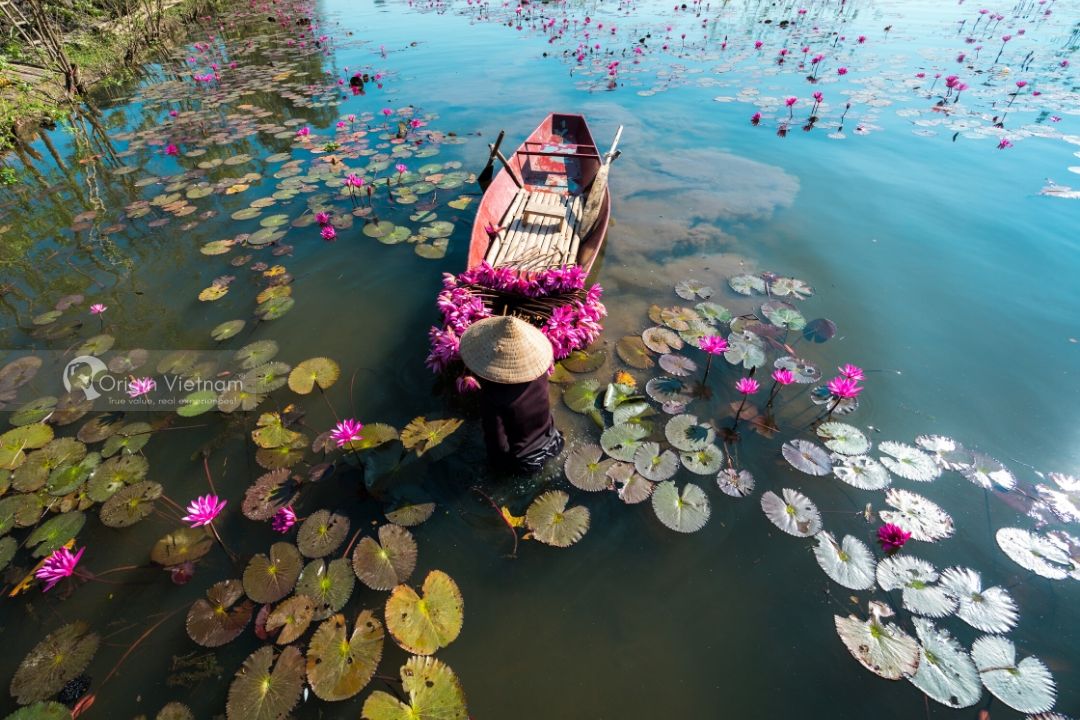 Ngoc Son Temple is located on Ngoc Island right in the heart of Hoan Kiem lake. The temple was built in the 19th century. In

Located in the east of West Lake, Tran Quoc Pagoda with the age of more than 1500 years is the oldest and most sacred pagoda

Vietnam Museum of Ethnology is the place to display and preserve the cultural and traditional values of the Vietnamese ethnic groups. True to its name, 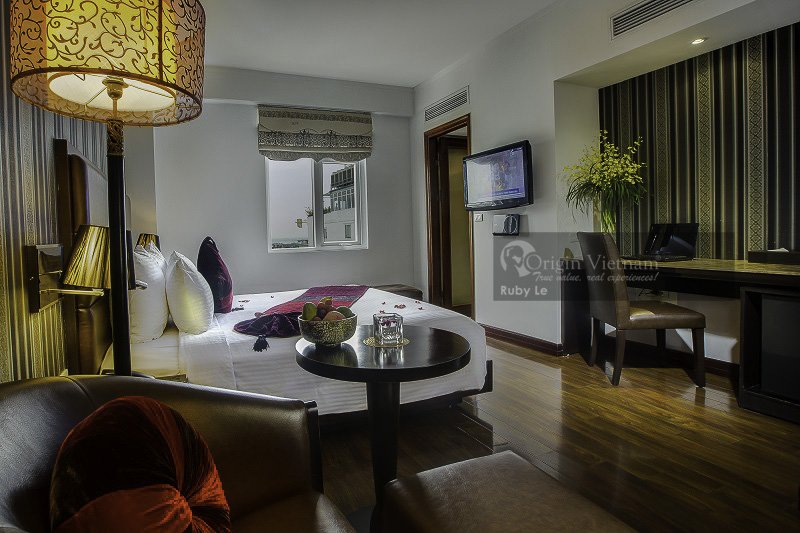