There are more than 2000 years Buddhism in Vietnam. The beauty of Yen Tu Mountain was linked to the name and career by King Tran Nhan Tong. Who founded the Truc Lam Zen sect bearing the normal Buddhist tradition for Vietnamese people.

How Yen Tu Mountain is Unique?

This beauty of Yen Tu mountain, is the capital, of Buddhism of Dai Viet. With the special landscape, architecture, history and culture. So Yen Tu Relic and Landscape Complex was recognized as a particular national relic. It’s dossier has been ready to submit to UNESCO for its recognition of the complicated as a World Heritage Site. 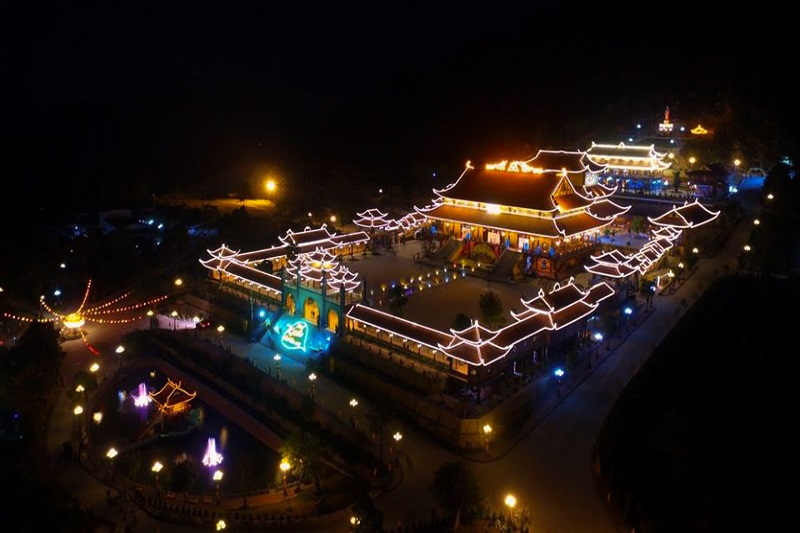 Located in Quang Ninh province and 65km southwest of Halong City. Where more than 700 years ago, King Tran Nhan Tong abandoned his royal palace to lead an ascetic religious life and based the Truc Lam Zen sect with a distinctive cultural tradition of the Vietnamese people.

King Tran Nhan Tong who led the country to victory over the strong Mongolian military monarchy of Yuan in 2 war in 1285 and 1287 abandoned His royal palace to go to the Yen Tu mountain to lead an ascetic spiritual life on a day in late 1299.This was an unprecedented event in the history of Buddhism in Vietnam. He also founded the Truc Lam Zen sect and took the name of Truc Lam Dai Dau Da. Afterwards, people reverently called him Buddhism King Tran Nhan Tong. 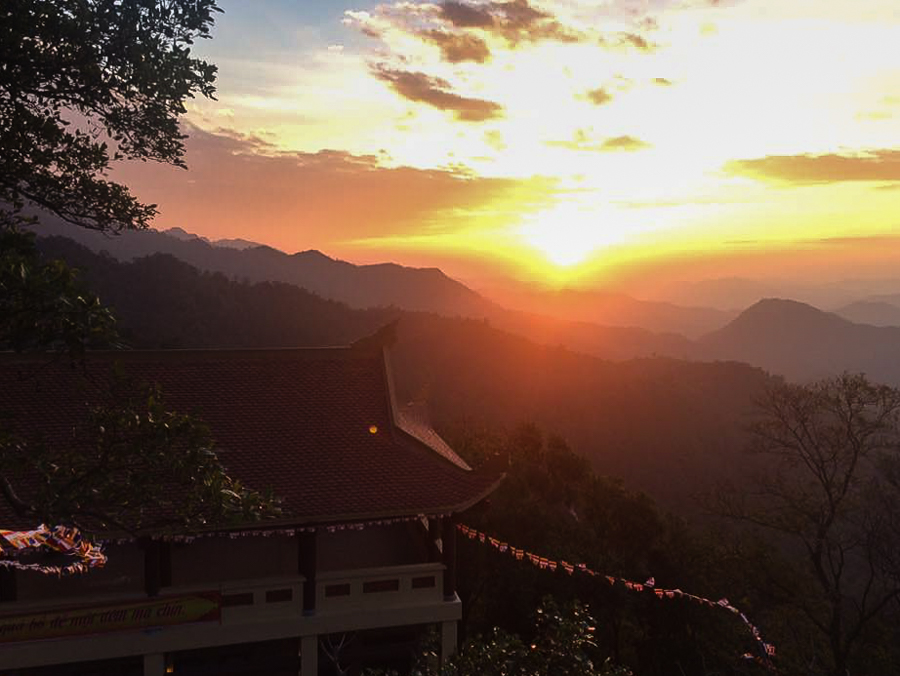 Every year, from the 10th of January in accordance with the lunar calendar and during 3 months. There are thousands of visitors from everywhere flock to Yen Tu Mountain to attend the Yen Tu Festival. Because the local people think that it’s a great way to memorialize Buddhism King Tran Nhan Tong. Also this is great time to pray Buddha worship and consider the scene in spring.

According to Venerable Thich Thanh Quyet, who’s Head of the Management Board of the Buddhism Shangha in Quang Ninh Province. And the verger of Dong Pagoda on Yen Tu Mountain, in the first days of leading a spiritual life. It’s apart from practicing and studying the Buddhism tenets to disseminate Buddhism dharma. King Tran Nhan Tong also arranged the construction of a system of religious architectural works including pagodas, temples and towers of particular architectural and artistic value. Such as Dong, Bi Thuong, Suoi Tam, Thuc Cam, Lan, Oia Giai, Hoa Yen, Mai Word, Bao Sai and Van Tieu Pagodas, and Hue Quang and Hon Ngoc Tower Gardens. 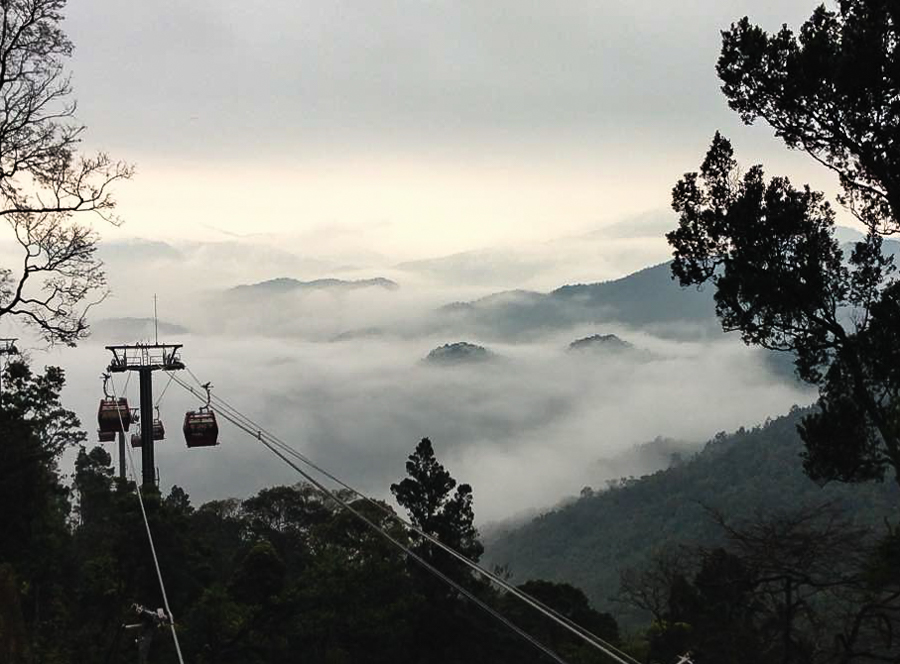 With time and thru the historical vicissitudes. Yen Tu still retains an enormous treasure of Buddhist tradition of the Vietnamese individuals from 700 years ago. There are dozens of pagodas, countless temples and thousands of ancient precious relics that contain countless spiritual and sociological values of the Truc Lam Zen sect. This place exactly is one of the fabulous tradition of the Dai Viet .

Giai Oan Stream where legend has it that many imperial concubines and beauties committed suicide since they couldn’t Advise King Tran Nhan Tong to abandon his spiritual life to return to the palace. Feeling pity for them the king had a pagoda built to absolve them, so the stream has the name Giai Oan.

Keep go 500m higher, after that walking on the foot path, shaded by green pine trees and attained Hue Quang Tower Garden. You will have chance to se the statue of King Trang Nhan Tong in this tower. The statue made of marble and 62cm large, with a monk in a meditative pose. Close Hue Quang Tower Garden is the Hoa Yen Pagoda that was built throughout the Ly Dynasty. Above Hoa Yen Pagoda there are Bac and Vang Waterfalls with cool and pure water all year round.

Reach to the top of Yen Tu Mountain at an altitude of 1, 068m above sea level. Where visitor can visit Dong pagoda. The most attractive in this mountain. This is a unique and incomparable pagoda, that was recognized as a bronze pagoda on top of the largest mountain in Asia, by the Asian Record Organisation.

Dong Pagoda was Constructed under – Le Dynasty. It had been cast with pure copper and is 3m high, 12m2 wide and weighs 60 tonnes. It can take visitors 5-6 hours to go to Dong Pagoda by the fairly steep and rugged road. 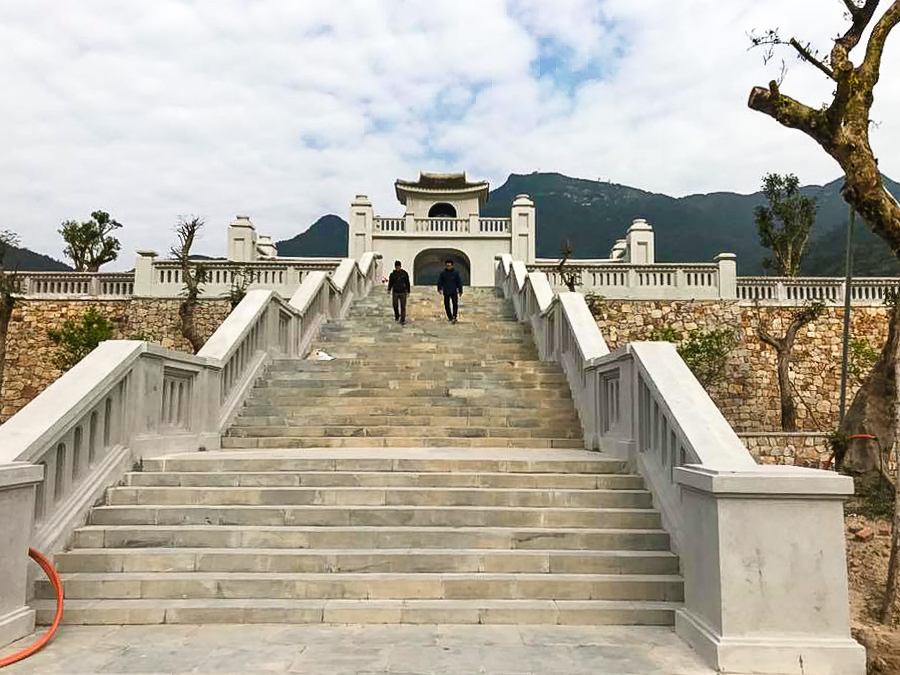 Day shadow dropped Yen Tu Mountain. The sunset looked like a halo shining across the imposing statue of Buddhism King Tran Nhan Tong meditating in the grandiose space of the hills. The scene with the breeze blowing throughout the forests, the sound of a wooden bell and the odor of the incense makes the visitors feel lost in the Buddhism world without selfishness, worry or grief. It’s a very Common feeling of visitors to the mountainous region of Truc Lam – Yen Tu. Are you looking for pilgrimage tours in Vietnam? But do not know where to go, so Yen Tu pagoda is one of the best choice for you.

Halong Bay is a wonder which should not miss once visiting Vietnam. How to visit and discover the majestic seascapes in the bay is the question from many tourist? Let think of a private cruise tour in Halong Bay to discover it as your flexible time and trip pacing. Very wonderful for couple, honeymoon, anniversary time, small group, family for a private Halong Bay cruise trip. Choose a reasonable small cruise and start to discover its beauties.
Click Here
Popular Choice

Orchid Cruise Halong Bay to make your holiday in Vietnam perfect and enthusiastic! Known as the leading 5 star Halong luxury cruise and also the brand new cruise in Halong

Welcome to Halong Sky Garden Cruise! Have a Amazing Halong Bay journey on Sky Garden. Among the facilities at this Cruise are room service and a

Not only a cave with natural wonders like other caves on the bay. But Tien Ong cave is also a living witness to an ancient

Due to the hands of the Creator, Thien Cung Cave is one of Halong’s attractions having the remarkable natural beauty. Together with Sung Sot Cave,

Bai Tho Mountain is a beautiful limestone mountain located in the centre of Ha Long city, Quang Ninh province. This is a relic of important