How Sung Sot Cave is unique? 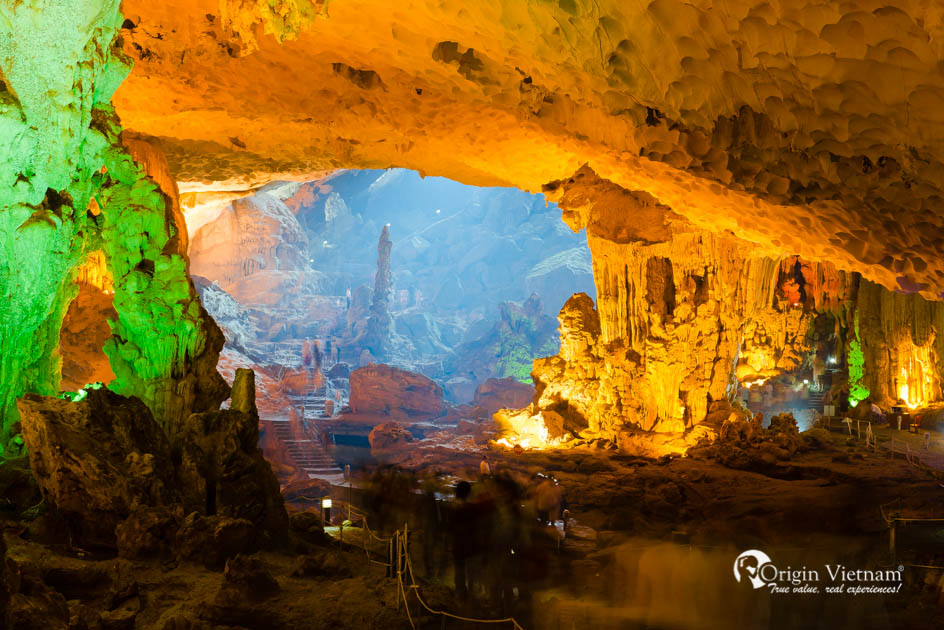 This is the widest and most beautiful cave in Ha Long Bay and this is also the place where many unique rock islands are found nowhere. The way to Sung Sot cave is threaded under the forest foliage, the rocky steps are jagged up, visitors have both the beast of the climber and the excitement as if they are going to the sky.

It is the largest and most beautiful cave in Ha Long Bay with shimmering and fanciful stalactites. Embodying in a myriad of strange and unique shapes moving in a dreamlike real world makes anyone who has ever set foot here passionately admire. 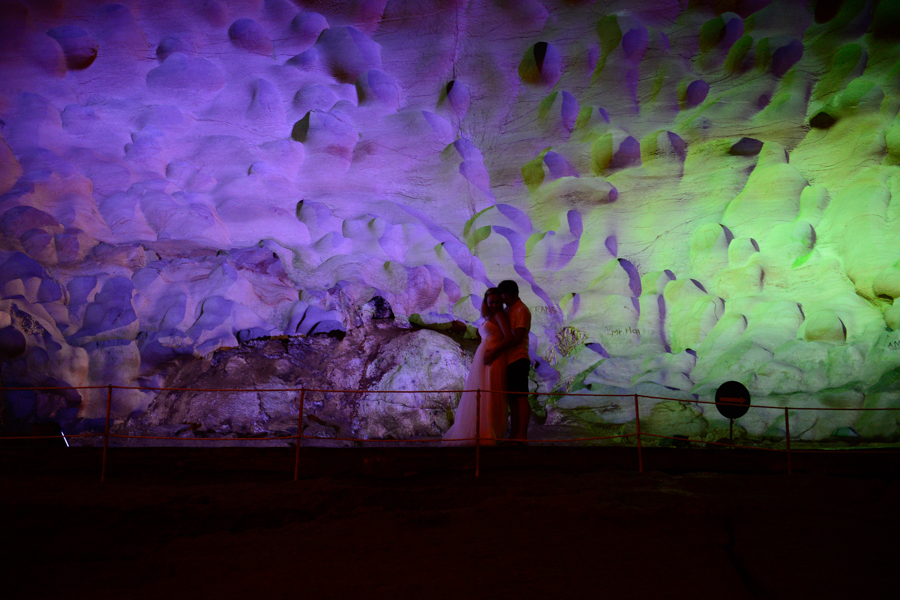 Top things to do in Sung Sot Cave

Step through the cave entrance. Visitors will be overwhelmed by the magnificent scenery in the cave. With a total area of over 10,000 square meters, Sung Sot cave is one of the largest caves in Ha Long Bay. The Quang Ninh tourism industry has created a small paved path from the cave entrance to the exit. Decorated elegant light poles on both sides to show the way for visitors while using light to highlight the scene beautiful in the cave.

Inside the cave is divided into two main compartments. The outer compartment is often compared to a giant Opera house with curved dome and lots of stalactites that sparkle like lights. From the cave floor to the ceiling of the cave, about 30 meters high. The ceiling is full of small indentations looking very smooth, giving the feeling of the cave being elaborately and subtly carved. 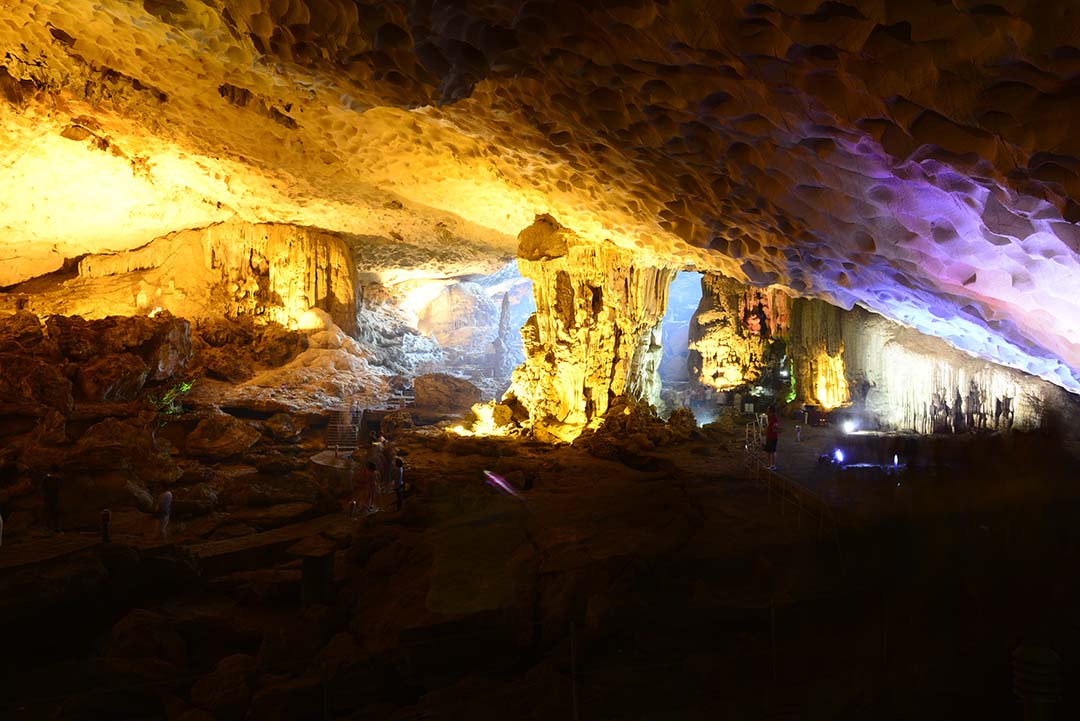 In the middle of the cave there are large stalactites connecting from the arch of the cave to the cave floor. It makes the scene even more beautiful. The roof of the cave has no cracks, so there is no dripping water. The interesting thing is that the cave is so large, but when entering the cave, the voice of the person is not echoed but still is clear.

The next compartment was equally magnificent, with the cave suddenly expanding to accommodate thousands of people. In this compartment there are many stalactites created by the magical hands of nature into many shapes such as sword, horse, dinosaur shape, banyan tree, sea bear … Some ponds and lakes look very small. Cassava makes the scene in the cave even cooler. Stalactites and stalagmites fill the top of the cave and inside the cave, creating a spectacular scene.

Going on to the highest peak of the cave, visitors will admire a mesmerizing scene named “royal garden”. There is a clear, tranquil lake here, surrounded by green trees, beautiful flowers and leaves. There are many species of birds inhabiting here with monkeys running around in the trees.

Visitors will be immersed in admiring the wild and charming beauty of nature and forget about the hustle and bustle of the city. Because of such wonderful magical scenery. Sung Sot cave is one of the tourist destinations of Ha Long Cruise chosen by many tourists to visit the most. 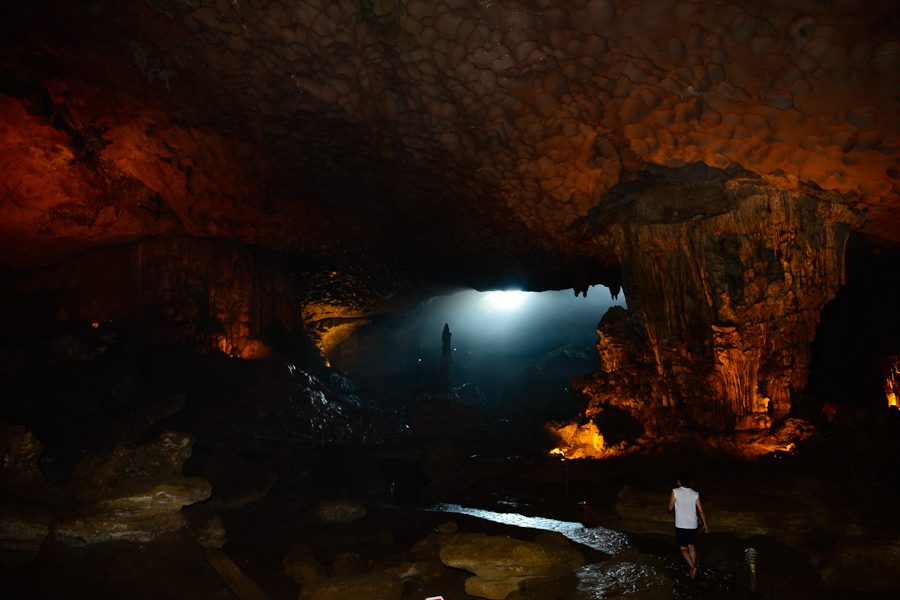 When is the best time to visit Sung Sot Cave?

Visitors can visit Sung Sot cave all year round. However, the peak tourist season of Sung Sot cave usually falls into two phases: 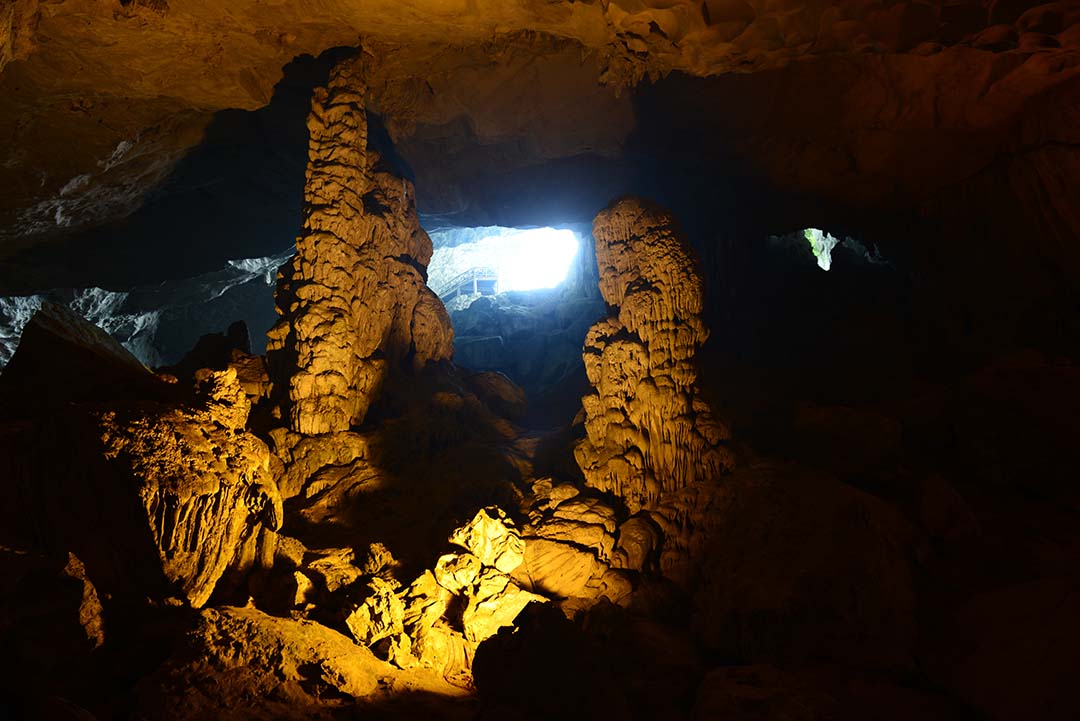 Therefore, tourists who plan to go to Sung Sot cave and hit it two times should book in advance to avoid room fire.

Sung Sot Cave is very close to other famous tourist destinations such as Bo Nau cave, Me Lab cave, Dau Ngu island, Ti Top island, Luon cave … so it is very convenient for tourists in the itinerary to visit and explore these caves.

Sung Sot Cave is located on Bo Hon island and was first discovered in 1901. At that time, the French discovered this cave by chance and were amazed by the beauty of the cave. They named the cave Grotte Des Surprises (cave of surprise, amazement).

Visitors can reach Sung Sot cave by going from Bai Chay pier. The cave is about 14km south of this pier.

Keep reading all things need to know before travel Halong from www.originvietnam.com

What Are The Most Amazing Things To Do In Sung Sot Cave?

Which Place Is Must See In Sung Sot Cave? 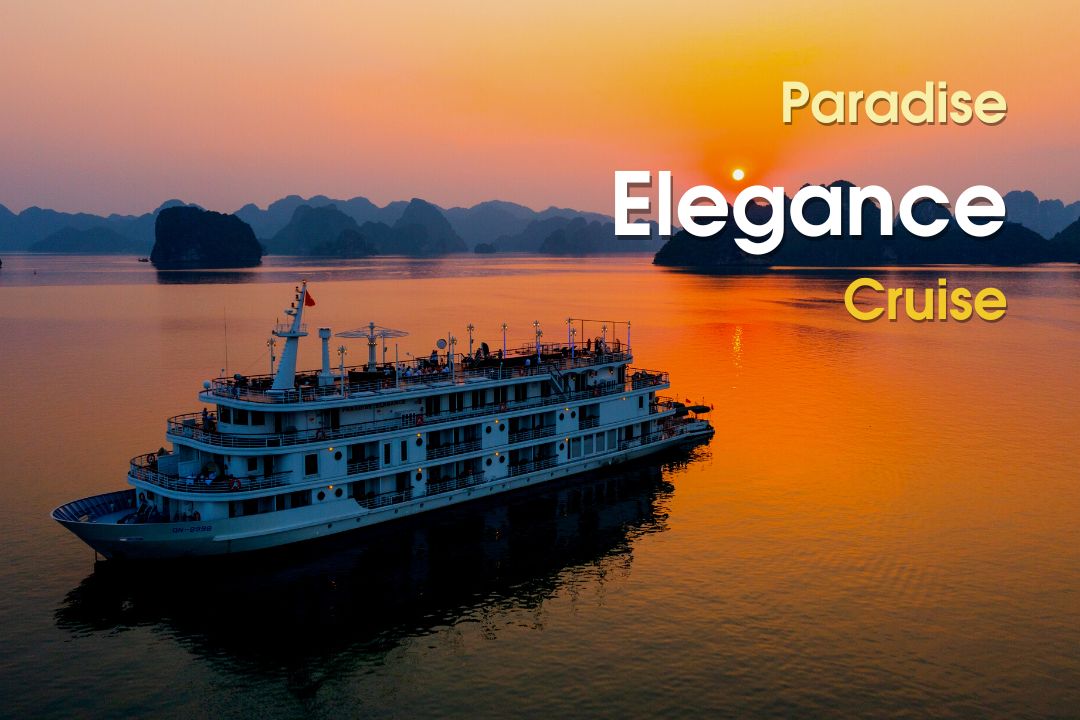 Cruise Halong bay on private Prince junk is the great way to enjoy the most comfortable and memorable stay. Prince Junk is a traditionally designed

Discover Lan Ha Bay on Perla Dawn Sails, cruise to experience a beautiful region, the isolated part only based in the south of Halong Bay. We

Syrena Cruise was built in traditional Vietnamese style with modern luxury facilities, this cruise is just amazing. It is a floating hotel with 17 high 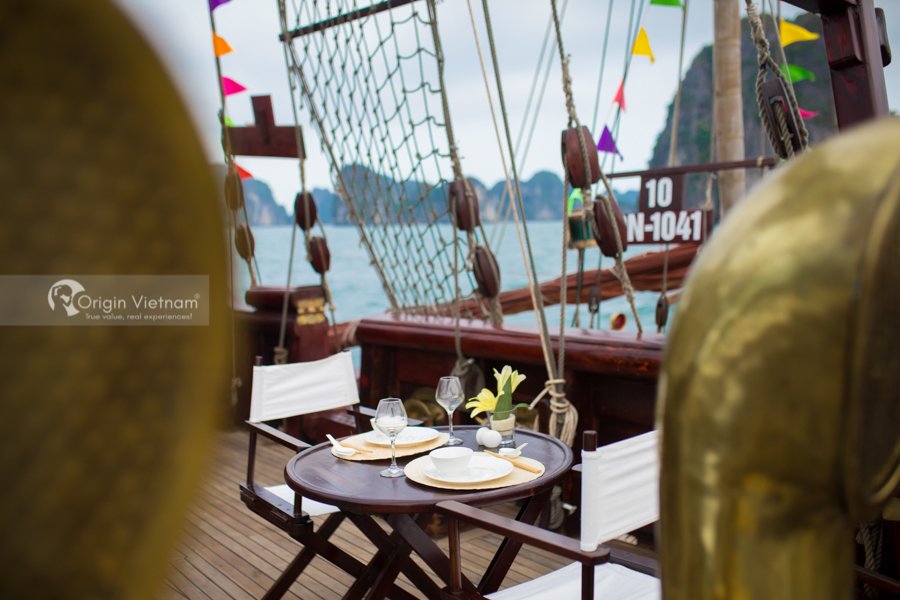 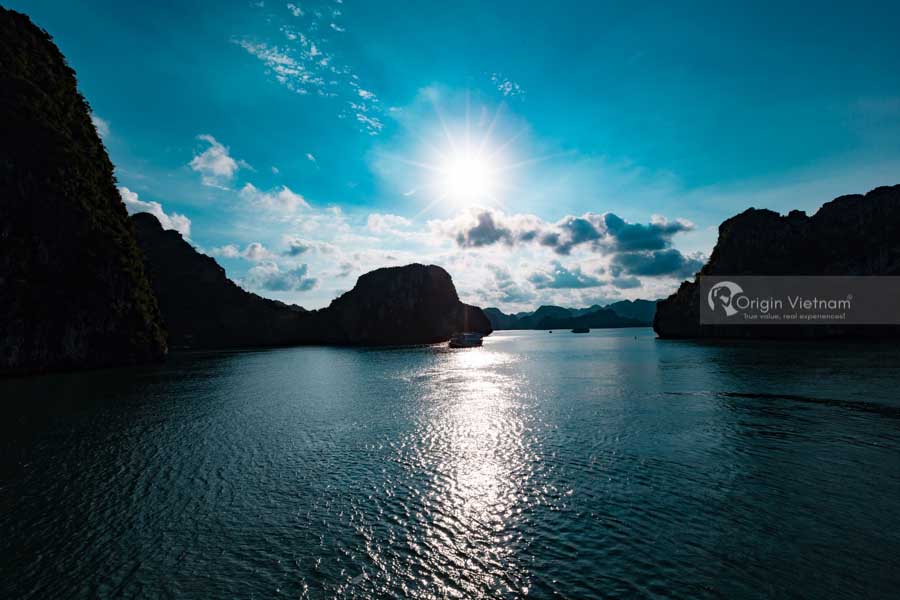 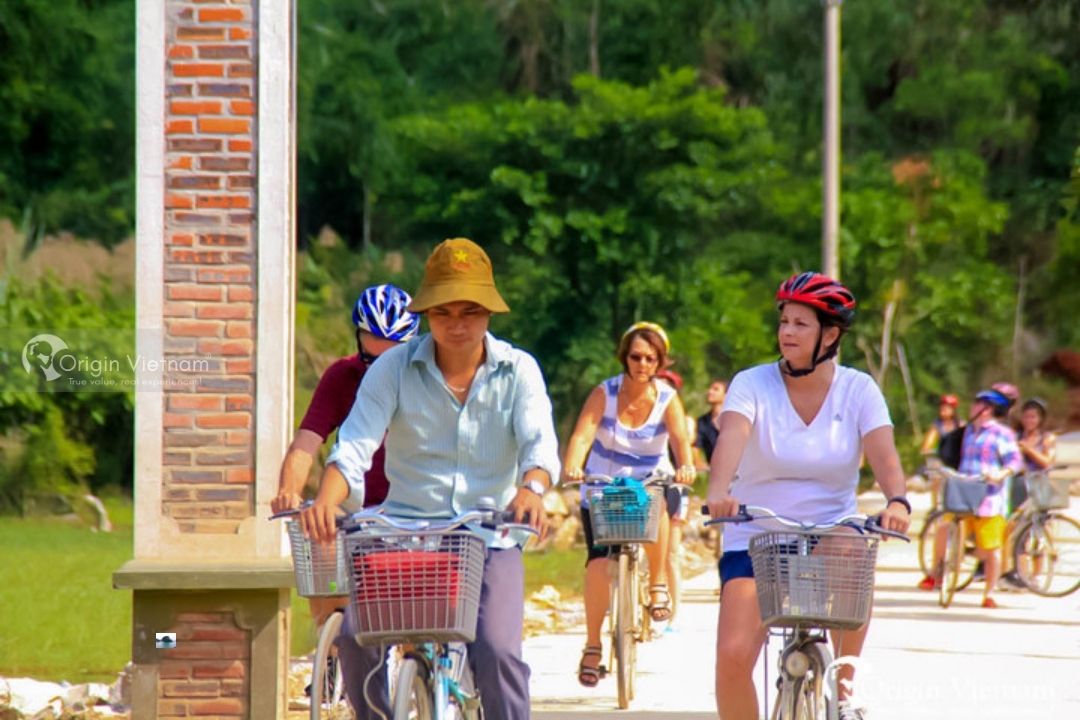 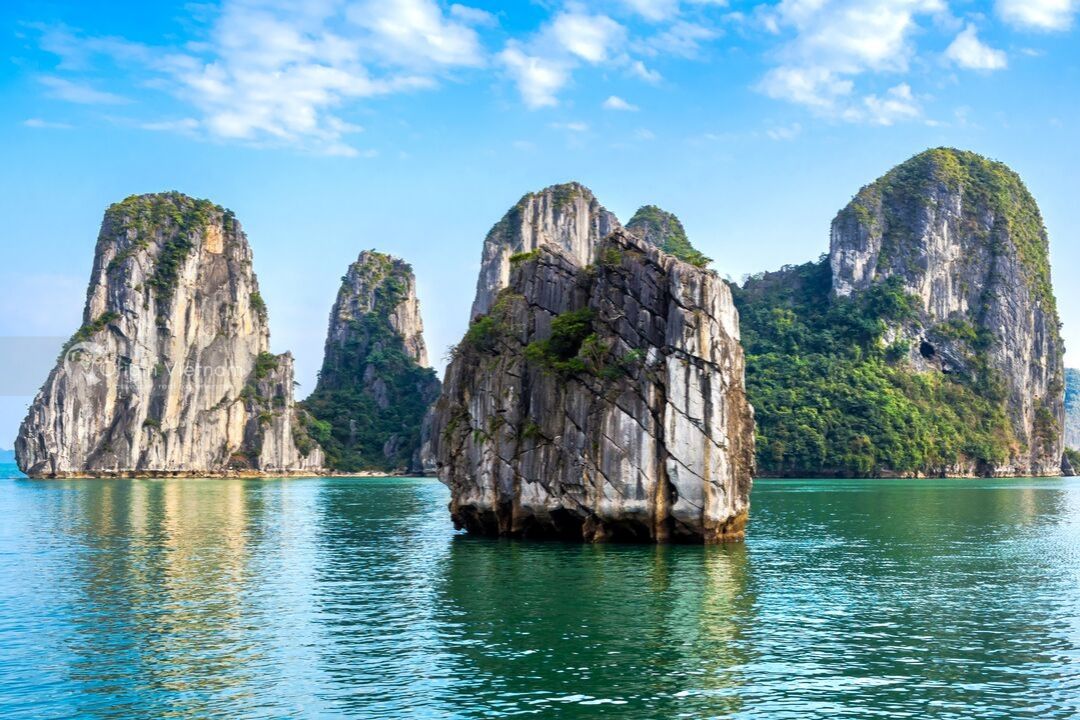 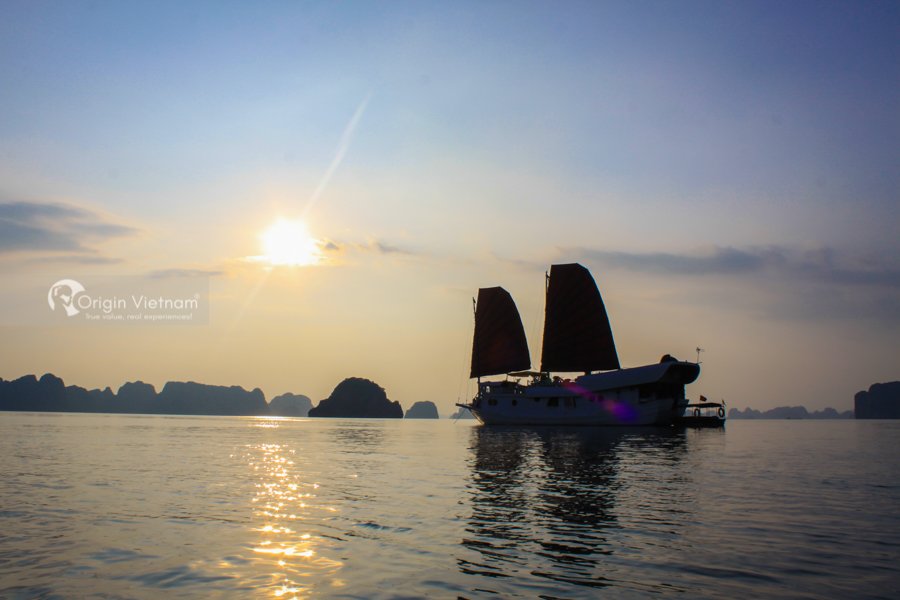 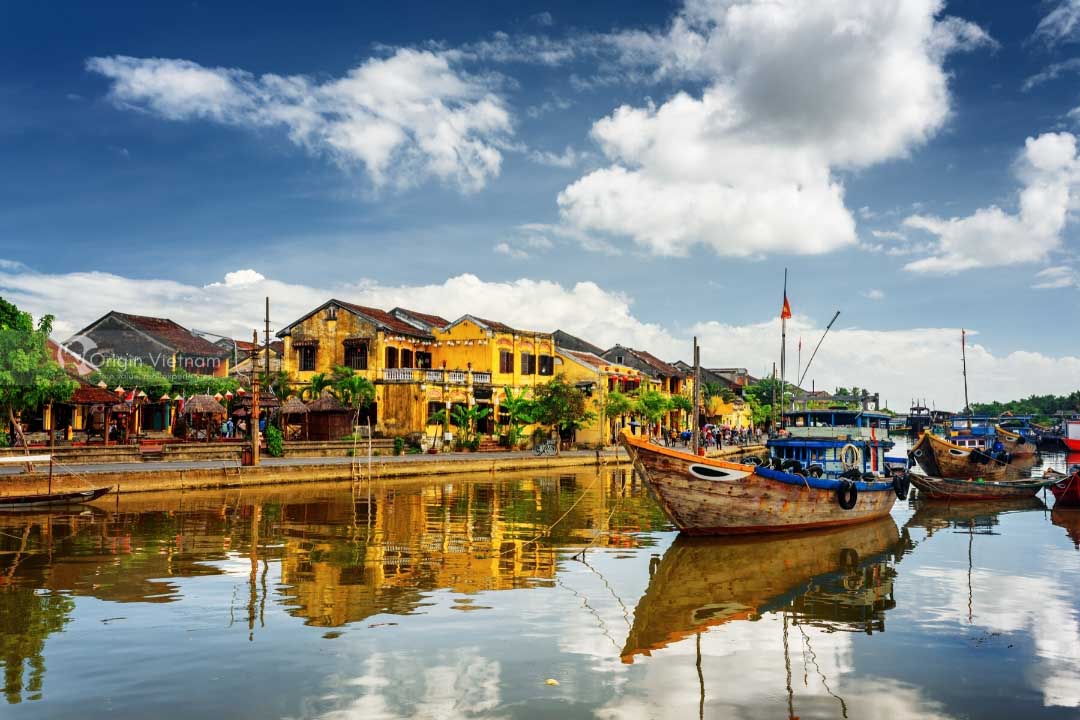 Kim Quy Cave is located on Nam Dam Islet, with 187m high peaks. In front is the Rocky Mountains, behind Soi Sim island. It’s a

Dinh Huong Islet is known as a tourist destination not to be missed by tourists on their journey to Halong Bay. It’s located in the

Halong Bay is a masterpiece bestowed by Mother Nature to the Vietnamese people. The old village of Cuu Van is a beautiful and magical masterpiece

Co To is an archipelago with about 50 islands located in the East of Quang Ninh province, including Big Co To, Small Co To, Thanh 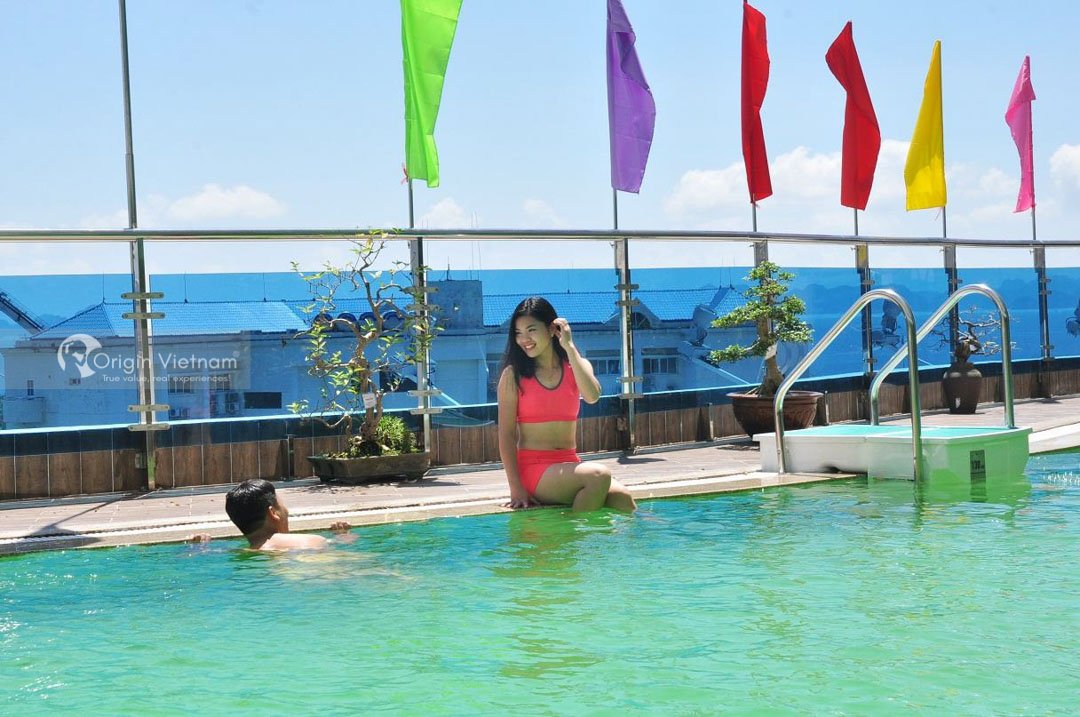 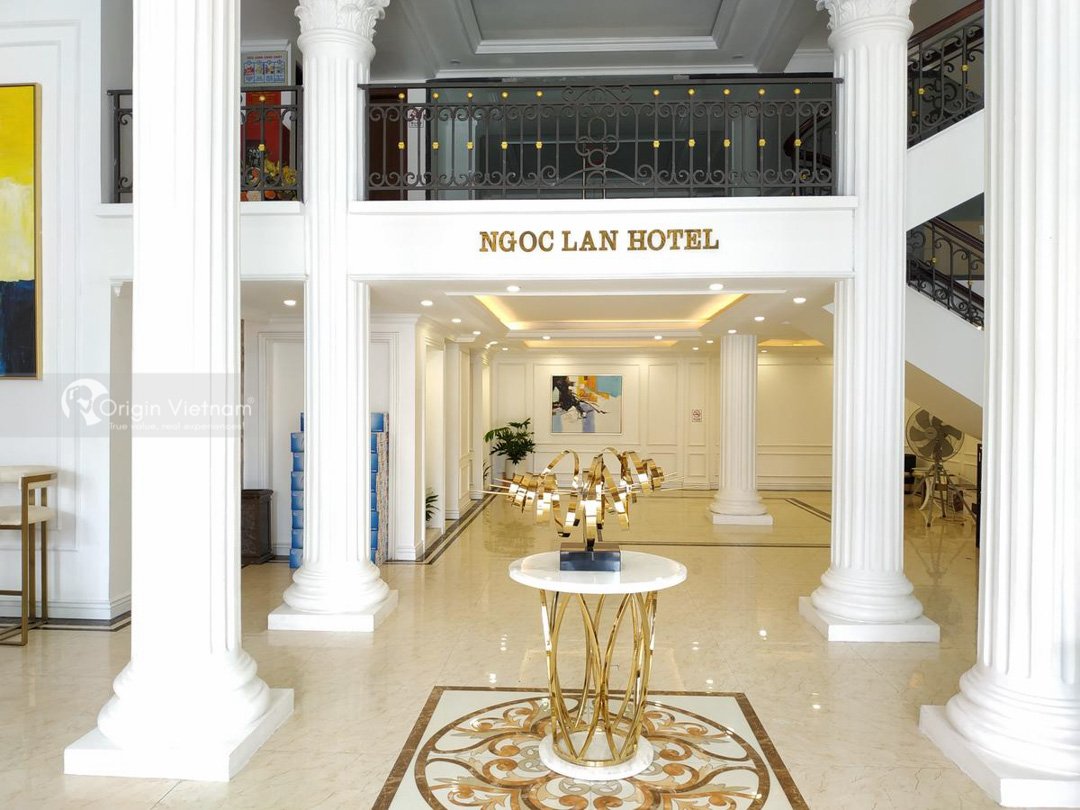 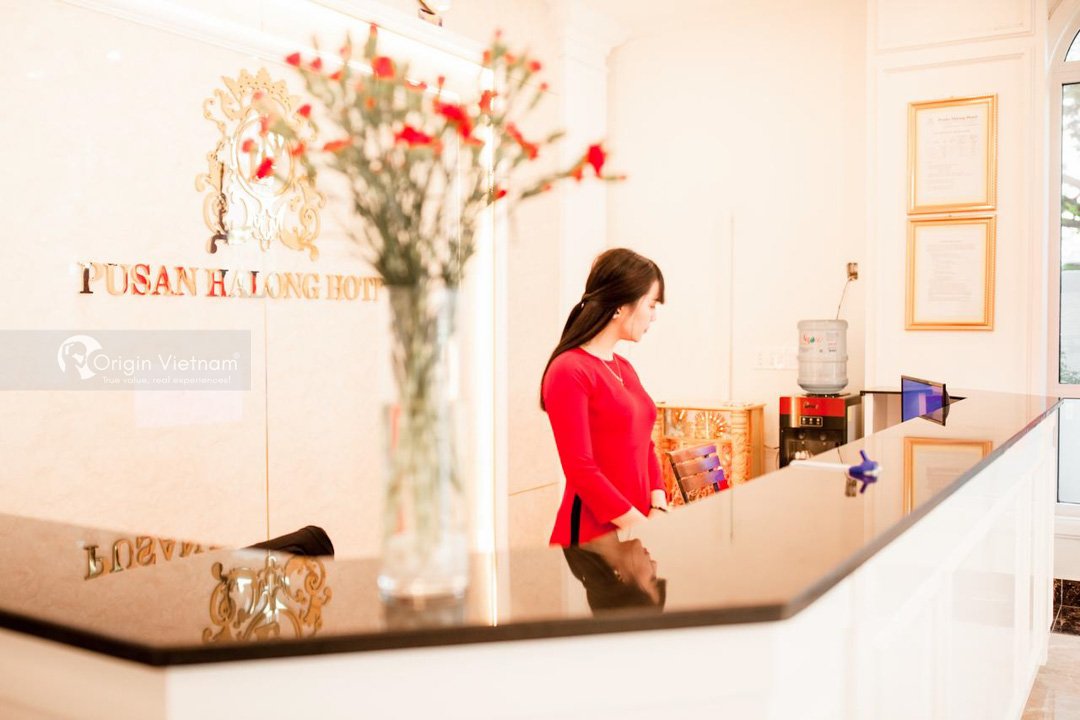 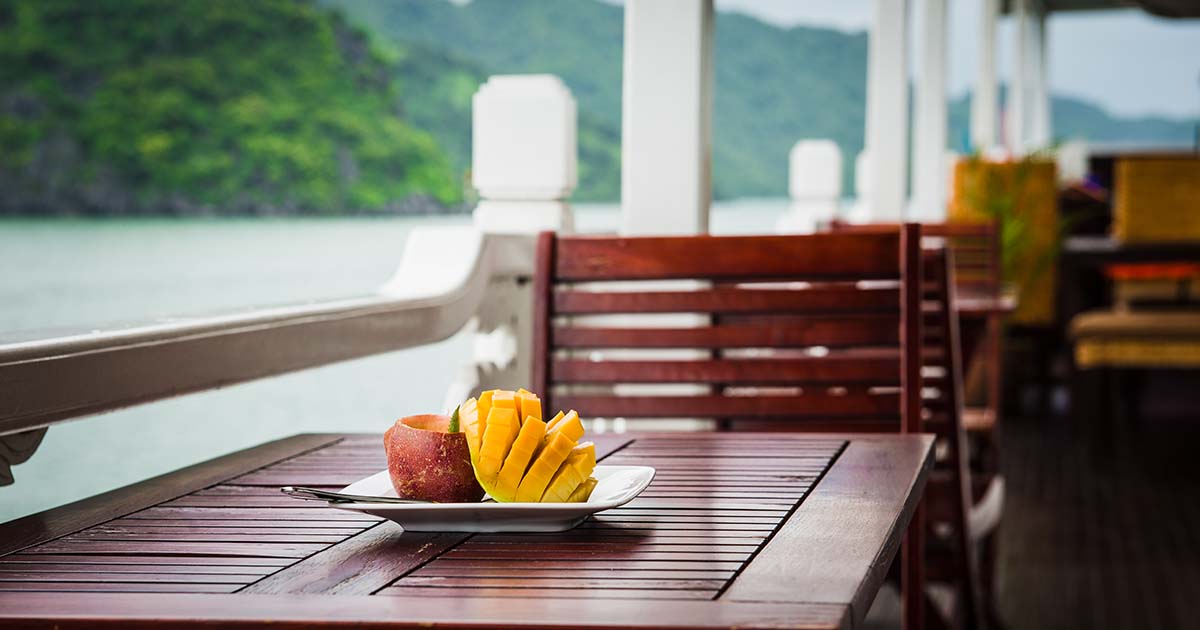 Enjoy the most wanted cruise in Ha Long Bay 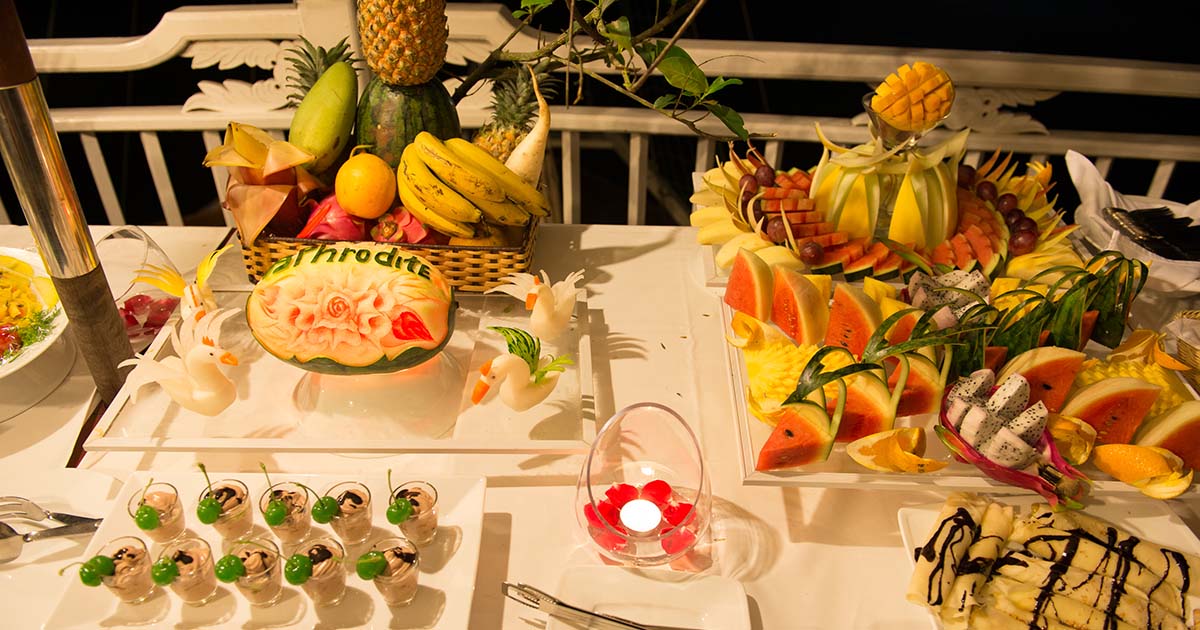