The battlefield of Dien Bien Phu is a complex of historical relics. That record the victories of Vietnamese soldiers and people in the heroic resistance against the French invasion. The prominent relics of the Dien Bien battlefield in the past were hills A1, C1, C2, D1, Hong Cam stronghold, Him Lam, Doc Lap hill, Muong Thanh airport and the command post of General De Castries. 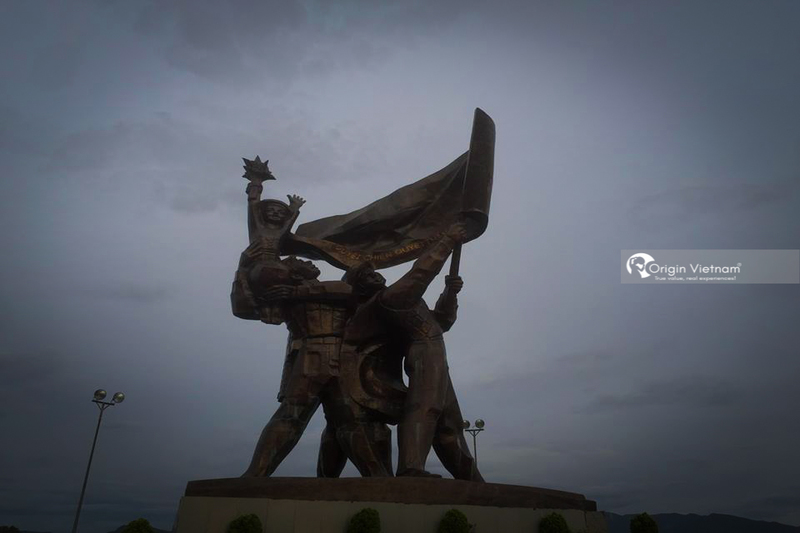 The population of Dien Bien Phu victory monument consists of 3 soldiers standing with their backs facing each other, lifting a Thai child, the top is a decisive victory flag. The statue has a height of 16.6m, brass material, in reinforced concrete structure intestine, weighing 220 tons. The pedestal is 3.6m high with reinforced concrete structure, fine stone exterior, consisting of 3 layers of rectangular cross-over. Due to the sculptor Nguyen Hai who was awarded the Ho Chi Minh Prize on the basis of his Dien Bien Phu statue in the 60s (1960 – 1965).

The Dien Bien Phu Victory Monument is located on D1 hill. It’s located in the center of Dien Bien Phu City. On the basis of consultation with General Vo Nguyen Giap and the implementation of a survey plan, the Institute of Urban and Rural Planning (Ministry of Construction) proposed to choose the location D1. Located in the center of the relic area, about 50m high compared to Muong Thanh field. 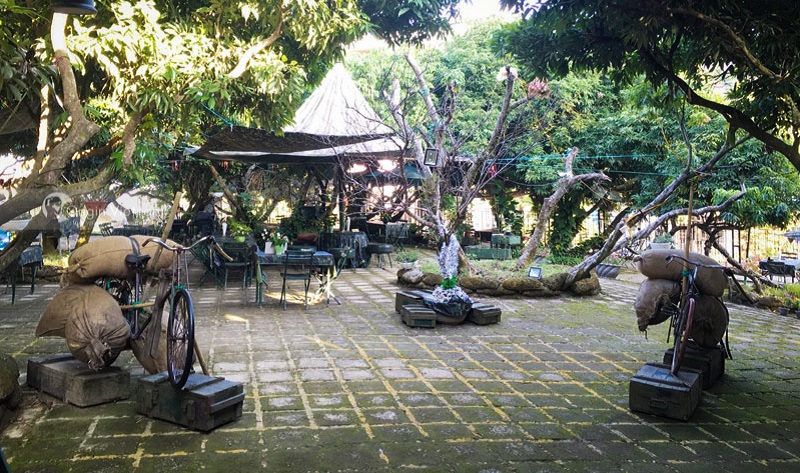 A1 Hill is located in Muong Thanh Ward, Dien Bien Phu City, Dien Bien Province. It’s the most important base of the French colonial base in Dien Bien Phu. A1 Hill lies in the direction of Northwest – Southeast, including 2 peaks: North West higher than 490m, South East higher than 493m. A1 is the symbol that the Vietnamese army places for the hill. On the morning of May 7, 1954, the Vietnamese army captured the hill A1.

Currently, on the northwestern end of the A1 hill, there is a monument built in the style of “Tam Son”.

Next to the monument is one of the 18-ton tanks that official Hécvuê brought from the center of Muong Thanh to counter the Vietnamese army. Another important relic is a funnel-shaped hole that is as big as a shallow “pond”. It is the vestige of the block explosion that destroyed thousands of our troops. But our soldiers often called “digging tunnels to treat tunnels”, treating the whole tunnel, the whole block of entrenched enemy. That’s why it’s the most interesting at Dien Bien Phu Victory Relic Area. 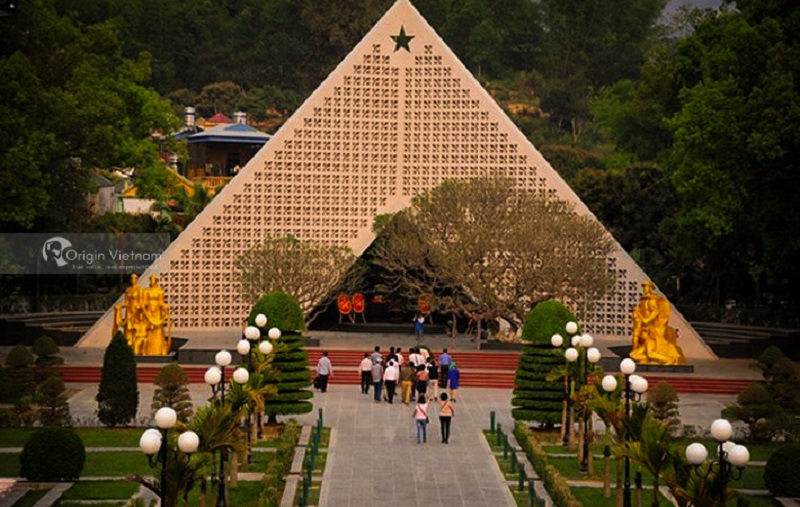 Cemetery of the martyr A1, located a few hundred meters south of the historic site of hill A1 (Dien Bien Phu city). It’s built in 1958.

There are 644 graves which are army officers and soldiers who sacrificed heroically in the Dien Bien Phu campaign, most of which are anonymous tombs. There is only 4 graves named martyrs: To Vinh Dien, Phan Dinh Giot, Be Van Dan and Tran Can. Space Cemetery is very quiet, fresh air, green, clean and beautiful environment. Every day, the cemetery is open from morning to evening to welcome visitors.

The bunker is located at the center of Dien Bien Phu stronghold, belonging to Muong Thanh field. The structure and layout of the cellar remains the same. Around the tunnel are defensive fences with dense barbed wire system and four tanks. The bunker is 20m long and 8m wide, including four spaces for both accommodation and work. It’s very interesting Dien Bien Phu Victory Relic Area at De Castries Bunker. 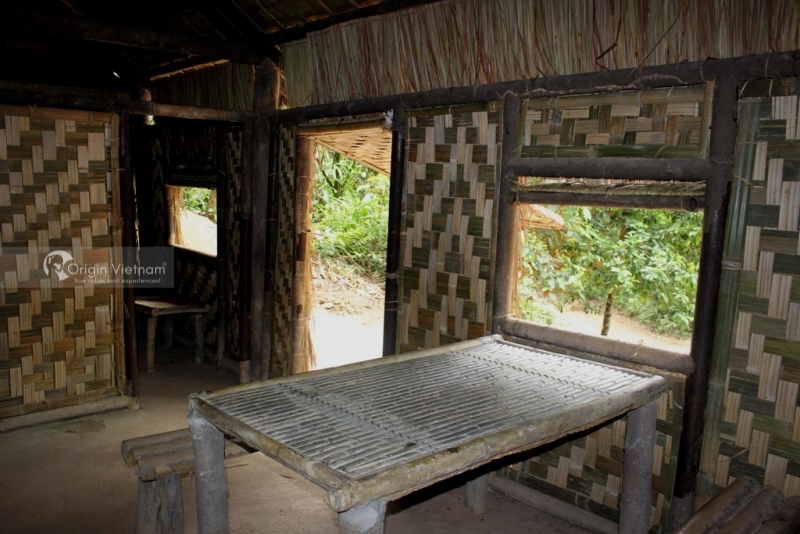 Dien Bien Phu Operation Headquarters located a primitive forest in Muong Phang Commune. It’s about 25 km east of Dien Bien Phu City. This is the working place of comrades Vo Nguyen Giap and Hoang Van Thai … Close to the Headquarters. Here is an observatory on the top of the mountain above 1,000m, from this observatory can cover activities and developments in Muong Thanh valley. The headquarters includes: 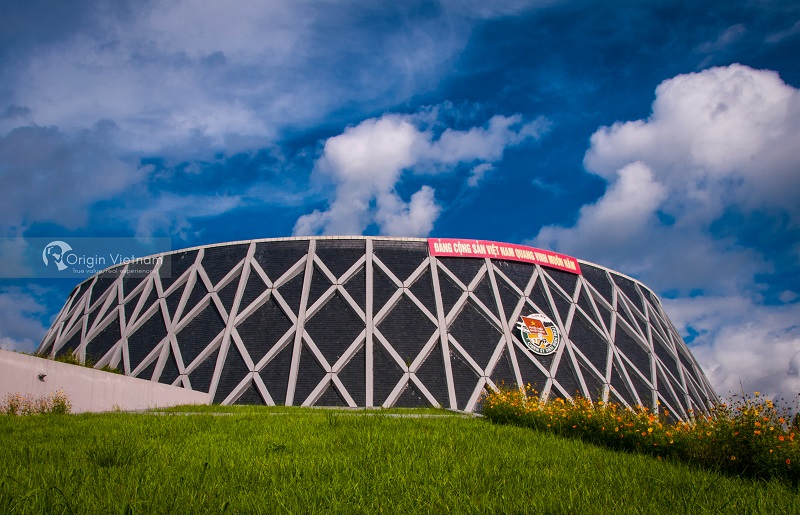 At the end of 2003, Dien Bien Phu museum upgraded and revised the exhibition area. So far, the museum has 5 display areas with 274 artifacts and 122 paintings according to each of the following topics: 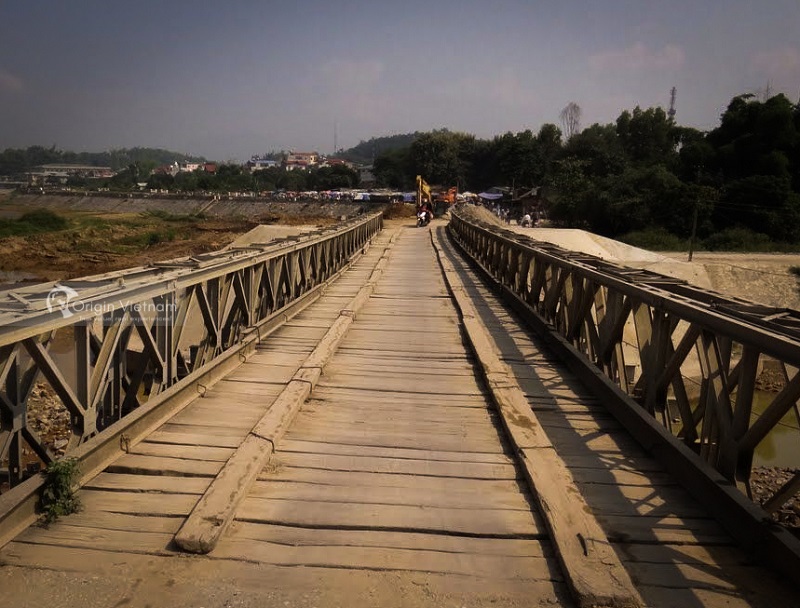 Called the “Prenley” bridge by France. It is a bridge spanning the Nam Rom river, at a location 300 meters away from the present road junction of 279. The bridge is a military project located in the central section of the Dien Bien Phu stronghold group. The Muong Thanh iron bridge is a warfare bridge made and transported from France to assembled in Dien Bien. The entire bridge is 40m long and 5m wide. 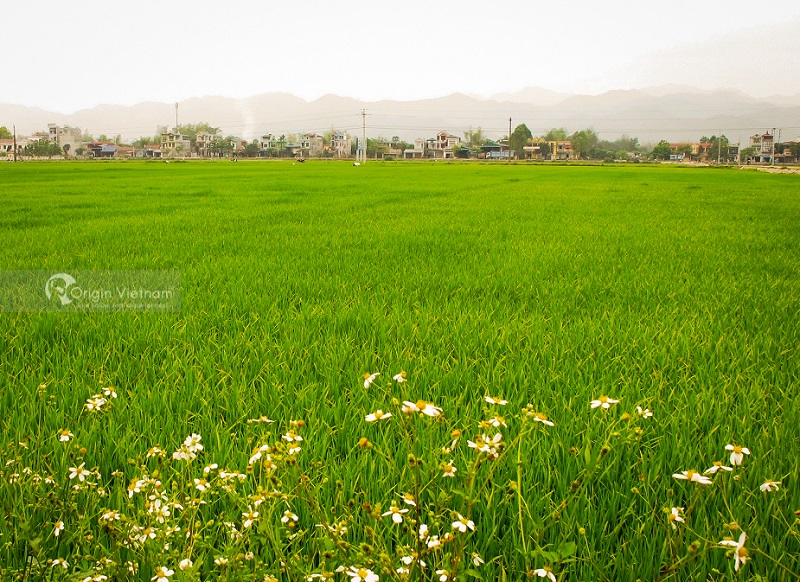 You may interest reading all things need to know before travel to Dien Bien Phu at www.originvietnam.com.

Top Recommend Adventure Tours in the Northwest of Vietnam

Mu Cang Chai and Halong Bay is the perfect connection to northwest Vietnam with fantasy terrace fields. It will give you the impression for hill

Are you ready for holiday to Vietnam? beside overnight cruise Halong Bay – The most highlight place in Vietnam and it’s one wonder in the

All Things need to know before travelling to Dien Bien Phu

Things You Should Know About Sapa Homestay