There are many questions about Da Lat station. Such as where is Da Lat Railway Station? Da Lat have railway or not? Fare Da Lat station, toll station of Da Lat… This article will be answered by Origin Vietnam for everyone to know. 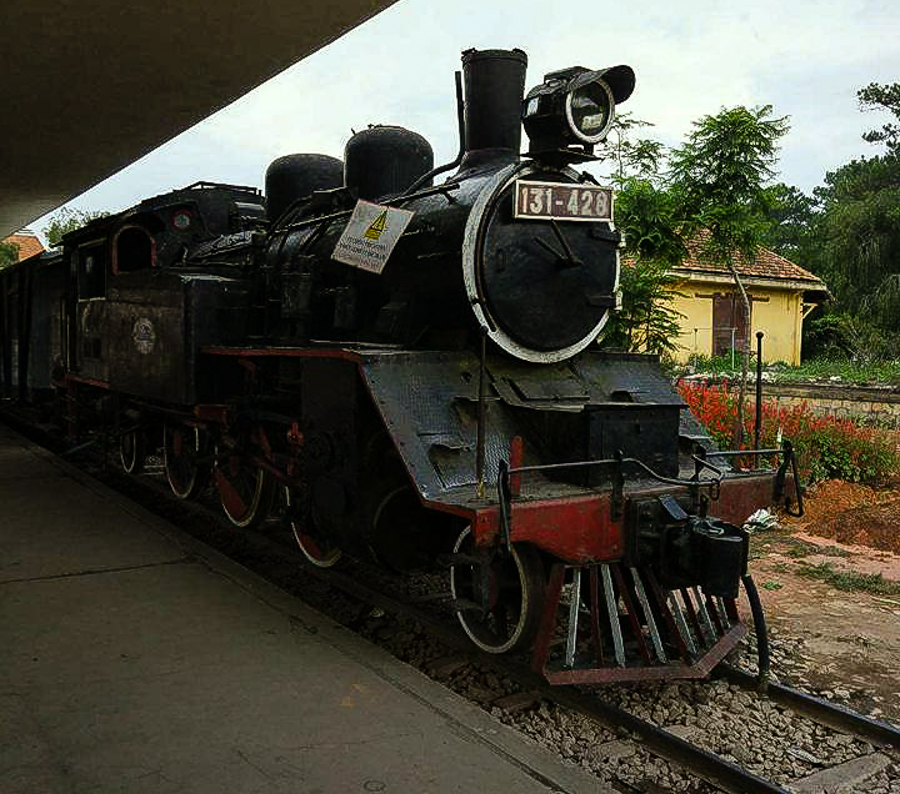 Da Lat station built from the early decades of the twentieth century. It is the oldest station remaining in Vietnam; In 2001, the Ministry of Culture, Information and Tourism recognized as a national architectural monument. The work was designed by French architects Moncet and Reveron. The construction contractor is Vo Dinh Dung, with a construction cost of 200,000 francs.

Da Lat train station is shaped like the majestic Lang Biang mountains, with the length of 66.5 m; horizontal 11.4m and height of 11m, stationary architecture in the southern provinces of France. That is the roof and two roofs of the roof arch. If viewed from the side we will see three pointed stems protruding above the head and then indenting on the foot, but always in the vertical.

If view from the front, the station has three pointed spiers that symbolize the three peaks of Lang Biang Mountain, while the tiled roofs at the foot of the triangle are sloping up. It’s look like the foot of the mountainside.

This is an architectural work both graceful and unique, a harmonious combination of Western architecture with Tay Nguyen communal house architecture, the beauty of decorative lines decorated by the state. 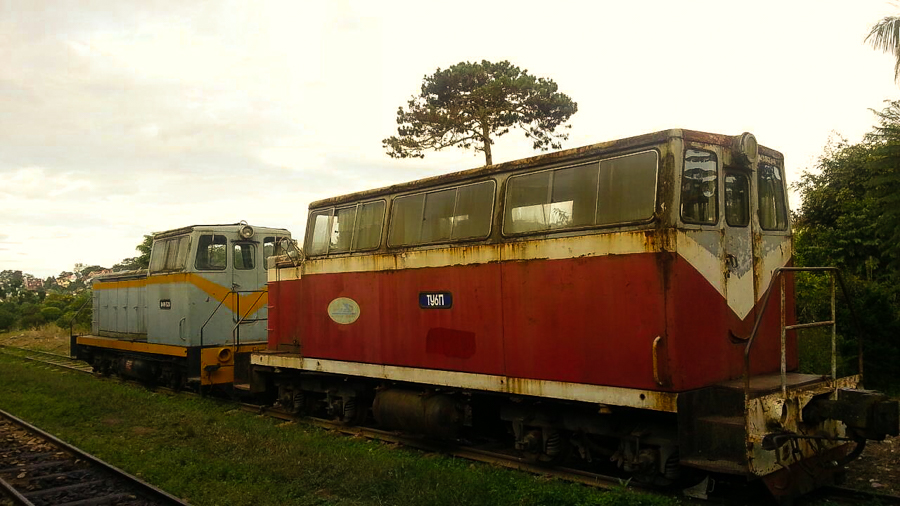 The railway line of Dalat railway station is 84km long, in which through 5 steep slopes should use the railway system and the 16km long saw head. This serrate has become unique in our country and the world. 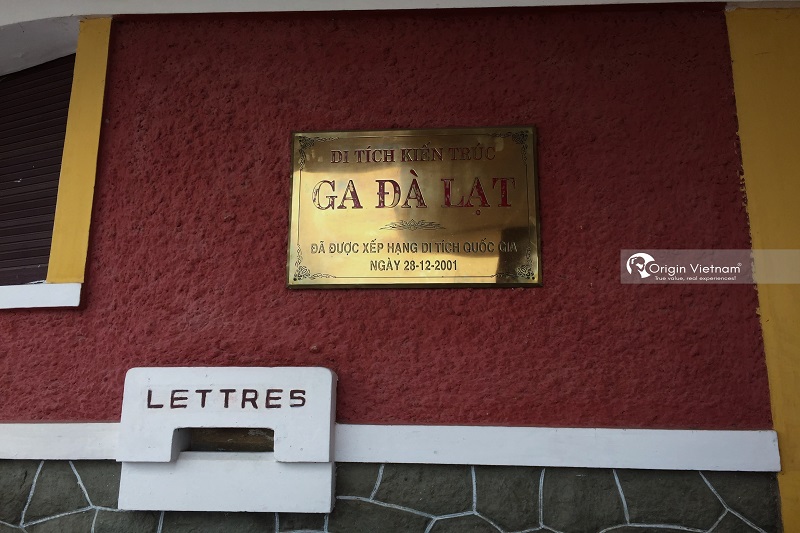 Most people know that Da Lat has the most beautiful Da Lat railway station in Southeast Asia, with its architecture and Art-Deco style, a popular and prevalent architecture in Europe. Africa and the world at the beginning of the 20th century from 1925 to 1939.

But not many people pay attention to one thing, the train to Da Lat is a unique and rare railroad in the world. You will be surprised and fascinated when it comes to serpentine railroads! Yes, this rail system has an extra line in the middle with hooks like a saw blade, fitted to the wheel of a trawl with teeth, specially made not at the head of the train. ordinary trains, to pull the train up the slope and to keep the train from slipping rapidly down the slope.

Let’s take a look at how difficult it was and how the French set up the railway system in Da Lat at the beginning of the 20th century.

In 1903, the French began to construct railroads connecting the city of Da Lat cool on the plateau and the hot city of Phan Rang on the coast. Where the purpose of facilitating convenient transportation for the French nationals. living, working or resting in Da Lat city has a mild climate, cool all year round. 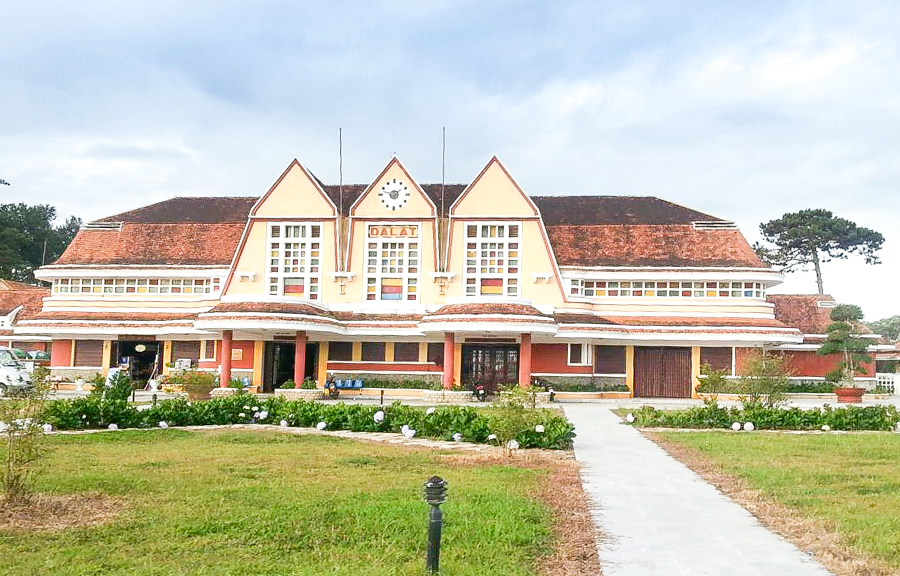 The length of the rails

The Da Lat-Thap Cham railway line is only 84km away. 41km from Thap Cham to Pha River (Krong Pha) was completed and used from 1919. And other 43km from Song Pha to Da Lat until 1932, 13 years later to be completed and used. The last mile was a steep hill, three of which had to have a rail system with hooks and five tunnels through the mountains. 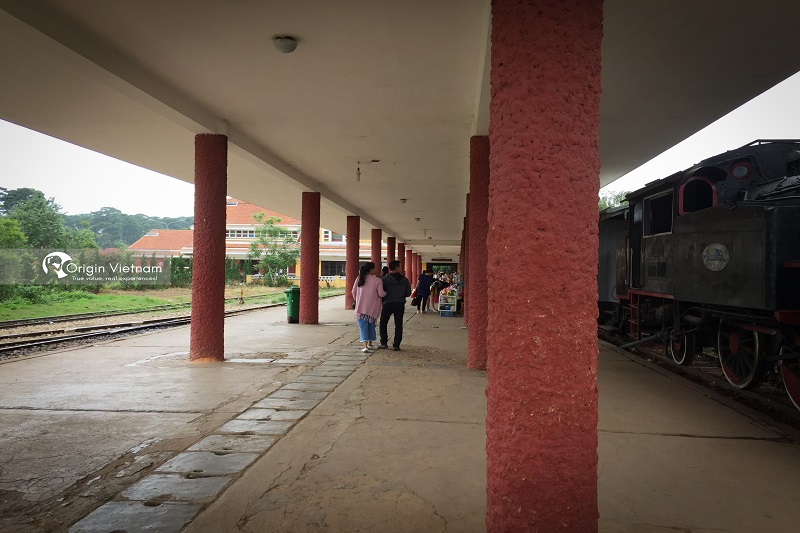 It is worth a visit Da Lat Railway Station

When the train climbs to the Bellevue pass. You will have a wonderful feeling with the scenery on one side is green mountains, one side is immense space, endless, stretching to the faint horizon The far side is the Pacific coast.

The scenery changes dramatically in every terrain until the ship reaches the summit, the haze-covered Lam Vien plateau and begins to smell the pine forest, the pine resonates with the smell of fire wood. Carries smoke from the columns of smoke to black. An unforgettable natural landscape. 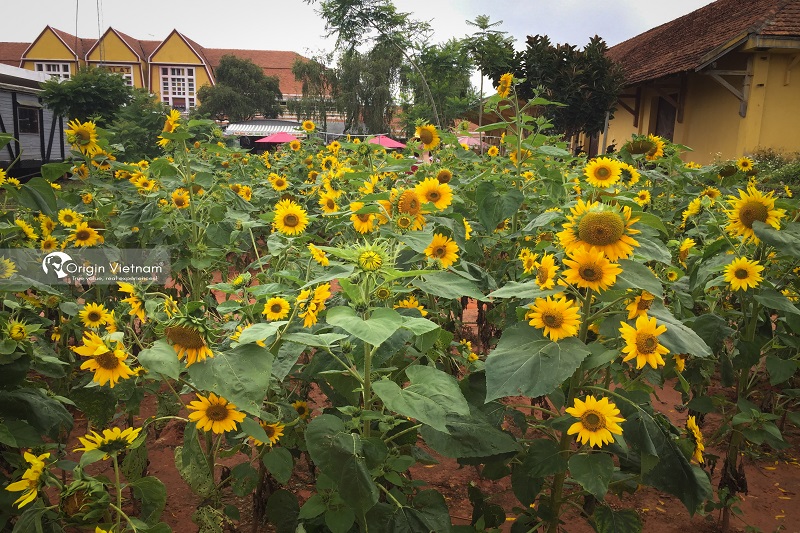 At present, the railway of Dalat City has just restored 7km to serve tourists Dalat to visit the train Tourists inside and outside the country to visit a lot, in 1998 there were 7,984 visitors, five 1999 welcomed 8,446 visitors and in 2002, only 10 months the station has welcomed 7,375 visitors, of which 3,060 foreign visitors. 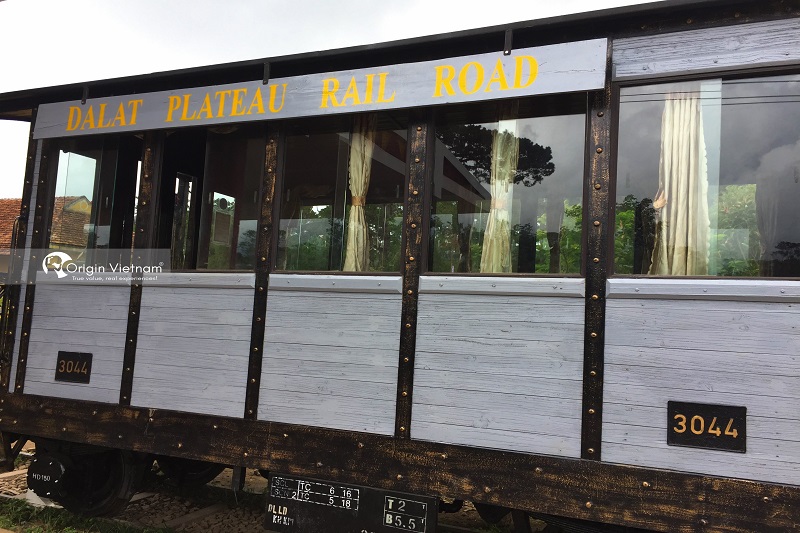 Where is Da Lat station?

Train from Saigon to Dalat:

There are no trains from Sai Gon to Da Lat as well as train from other provinces to chickens.

In one day with Da Lat day tours, there will be 5 departure trips from Da Lat to Trai Mat

For one-way tickets only for groups of 10 or more, you should call the station’s phone number for more details.

On the way to Trai Mat, you can visit more pagoda fragments, sit on the boat you can enjoy beautiful scenery, especially in the flower blooming season and the cherry blossom runs smoothly.

How to get the full day in Da Lat as its special? This Da Lat City tour 1 day will give you a deeply exploration

Valley of Love situated at number 8, Da Lat City, Lam Dong Province. It’s about 5km to the northeast of the centre of Da Lat

Top 5 Places To Go In Vietnam On Summer

The Top 6 Destinations Vietnam For Travel In March 2019