Co Thach is located in Tuy Phong district, Binh Thuan province, about 100 km from Phan Thiet, about 300 km from Ho Chi Minh City. It is not only famous for the spiritual tourist area with the ancient Hang Pagoda. But also famous for Co Thach beach with wild nature with beautiful seven-color stone beach. 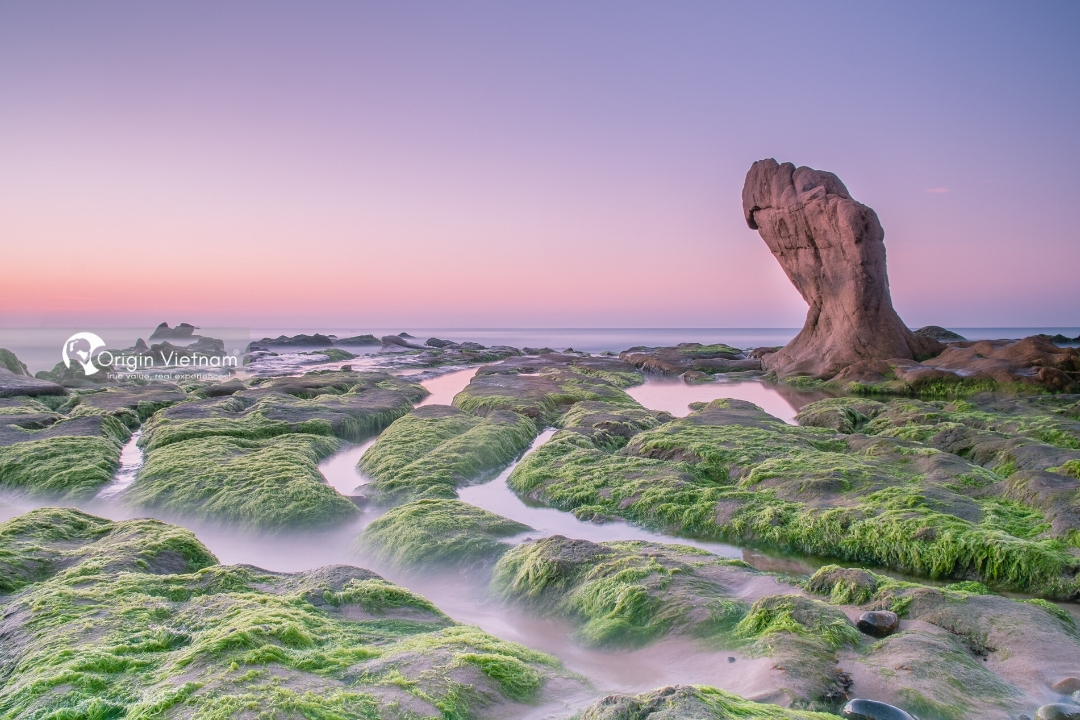 Where is Co Thach Beach?

Stretching on a part of the beach of Binh Thanh commune, Tuy Phong district. Co Thach Beach is a rock and sand complex with rocky beaches of many small, round, flat and colorful stones. That the reason why the locals call it seven-color stone. Seven-color beach is the most attractive point of Co Thach and is one of the unique landscapes photos of Vietnam.

How to go to Co Thach Beach? 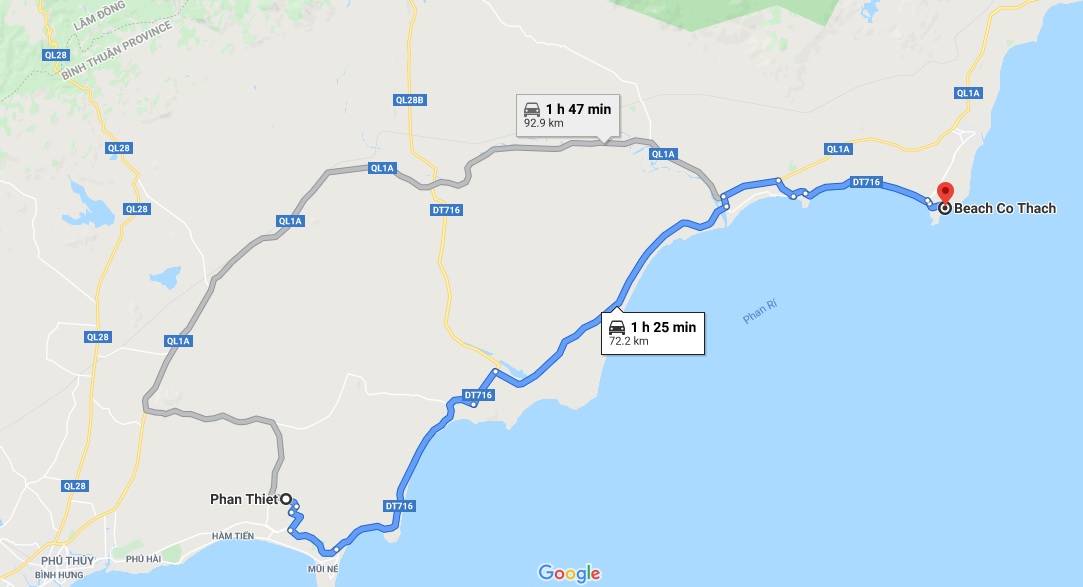 How Co Thach Sea is uniques? 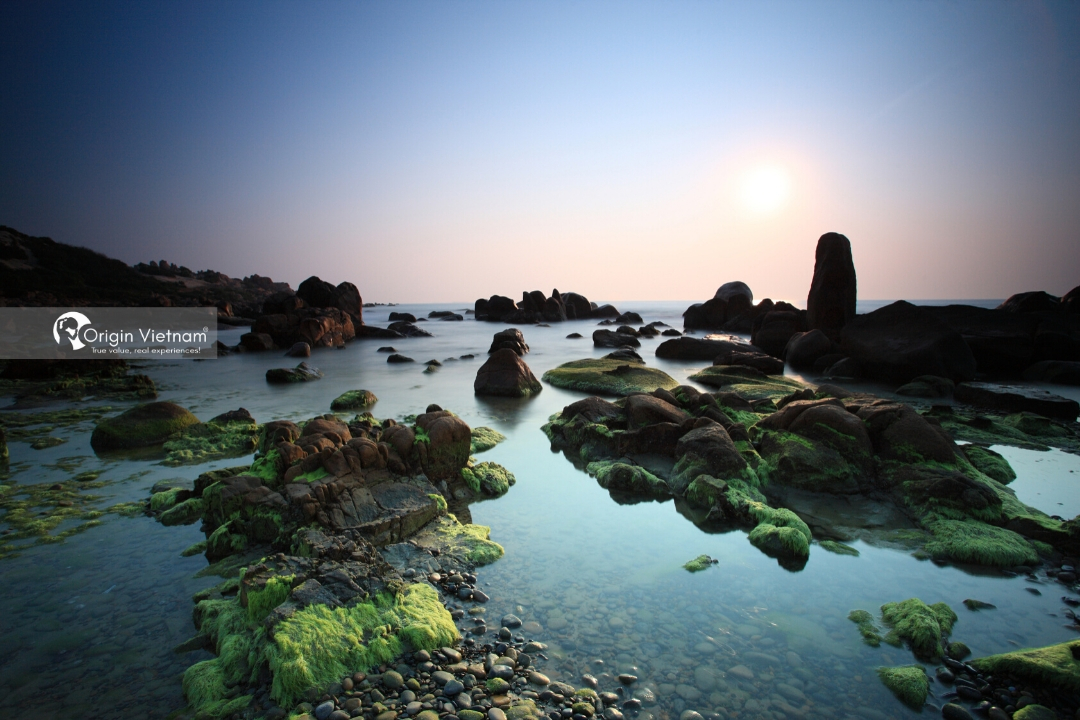 Bring in the wild, peaceful beauty for those who are tired of crowded and hustle life, looking for a place to rest and relax. Characteristics of this rocky beach are from large blocks of rock that sink deep into the seabed that have been sanded, rocked, tidal… together eroded and pushed the debris ashore. Over hundreds of years, the formation of colorful rocks today.

Following the coast about 300m, visitors will see a rocky beach gathering of thousands of pebbles of all shapes and colors. Such as white, black, yellow, brown, pink… with very beautiful lines. Under the waves and the sunshine of the rock, the colors glittered like jewels. 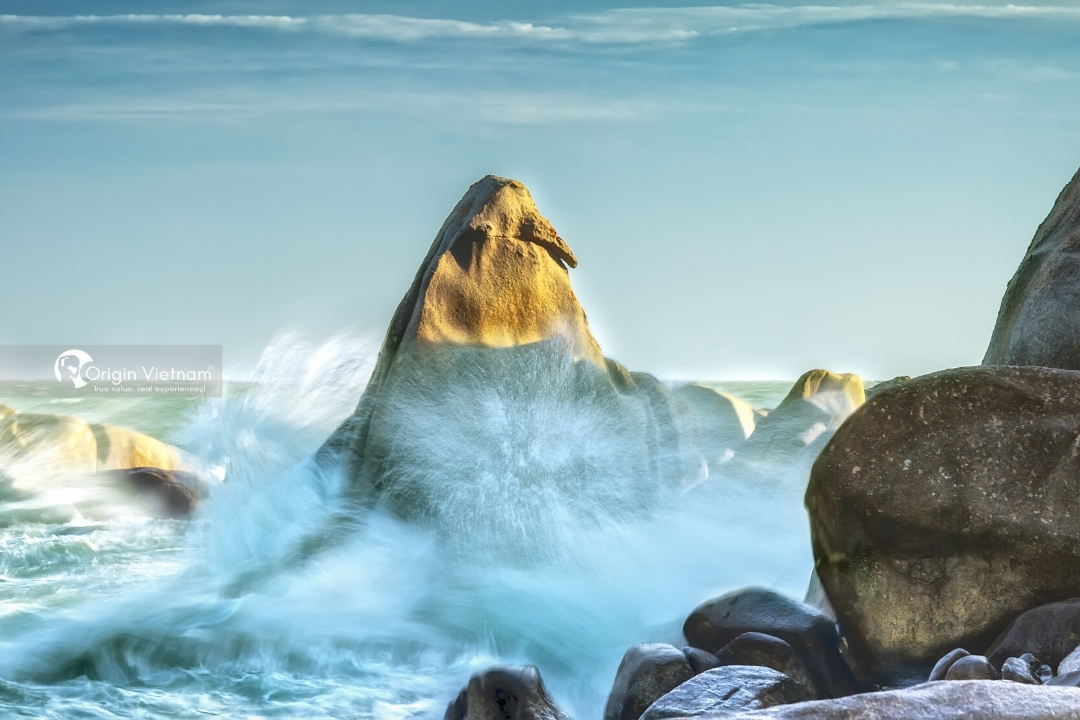 Not only colorful stone beach. But Co Thach beach also attracts visitors by big rocks with very unique shapes. Some look like elephants curling at a fountain. Also others like an ostrich immersed in the sea, and some look like a fist. All depend on imagination.

If you travel to Binh Thuan – Co Thach beach after the Lunar New Year. Especially around February and March every year. It’s time Co Thach beach is covered with green moss. This is also the time when paparazzi rush to search for large rocks draped in a green moss coat and gradually turn yellow when the sun shines brightly. So this time is also known as “moss hunting season” for photographer. 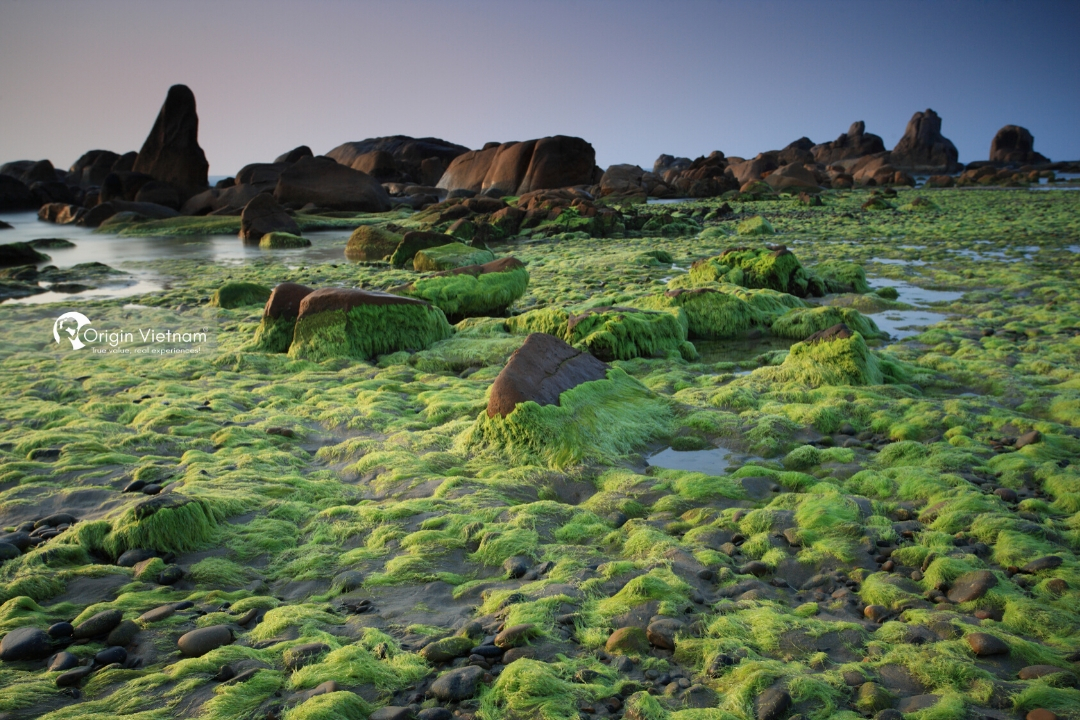 However, not everyone who comes here is lucky enough to capture the best moss. Because it depends on the tide. Mosses only appear when the tide has receded. If the estimate is too large, it will be difficult to capture water. The moss will be dry and not green.

Paparazzi share the secret to owning unique and standard photos. Especially when the sun goes down, or when the sun has just dawned because the beach of Binh Thuan has many rock floors, and it is the place to rise. Going to the beach should catch the sunny season earlier than other seas, so the moss here formed earlier and more beautiful than other seas.

Coming to Co Thach Beach, you will feel fully the magic of nature. Extremely strange and virtual photographic location in Vietnam. 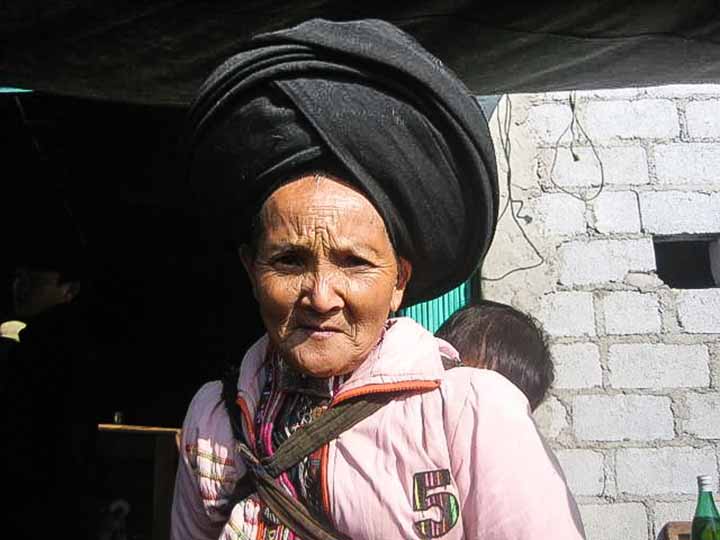 Ha Giang is a highland province in North Vietnam. It is the top destination of trekking tour for its amazing mountain beauties. Especially Meo Vac 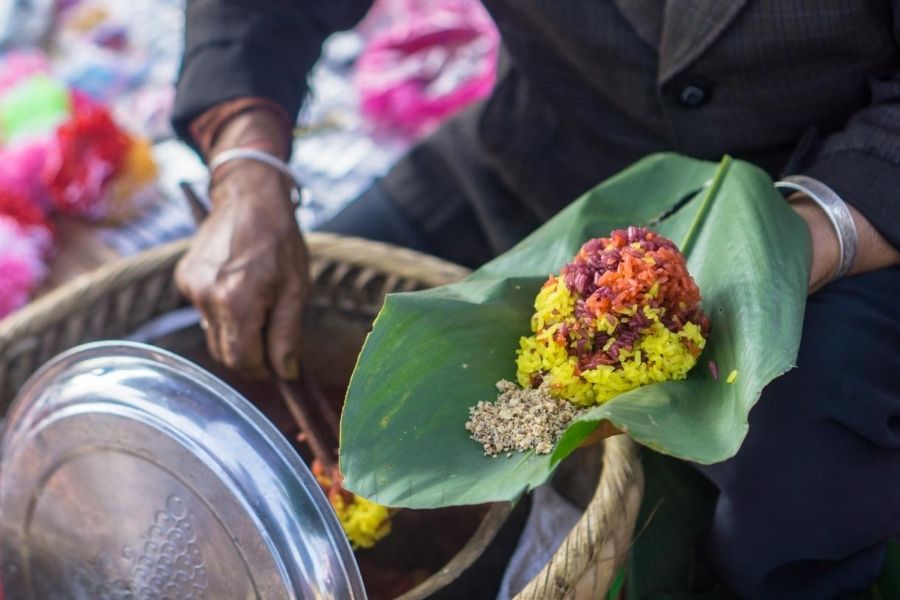 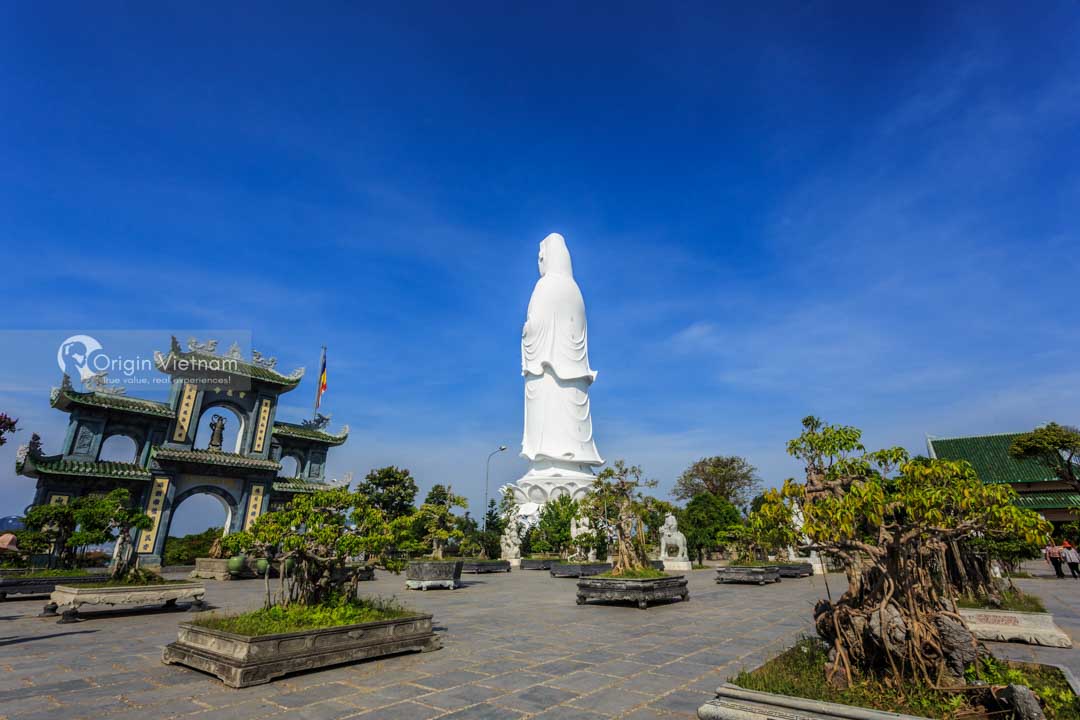 All Things Need to know before travelling to Binh Thuan

Cu Lao Cau is an emerging “paradise” that is causing a fever recently for all travel enthusiasts. Wild, mysterious, interesting the impressive points that Cu

Appearing for the first time in the world, Vietnam opens the monumental monumental Forgotten Land Sand Park with a large scale. Promising to be an

If one day you suddenly crave the sea atmosphere but have limited time. Ke Ga cape is an ideal place your day tour from Phan

Mui Ne is a place that is too familiar with domestic and foreign tourists to travel to Vietnam. In addition to swimming, participating in fun

Phan Thiet is a famous tourist destination with many interesting sightseeing. Such as Rom Island, Cham tower, Cu Lao Cau… Besides, there is Phu Quy

Off The Beaten Track With Dragon Pearl Junk