Ba Be Lake is the top travel destination in Bac Kan province. This is a freshwater lake in Bac Kan, Vietnam. One of the 100 largest freshwater lakes in the world and located in Ba Be National Park. 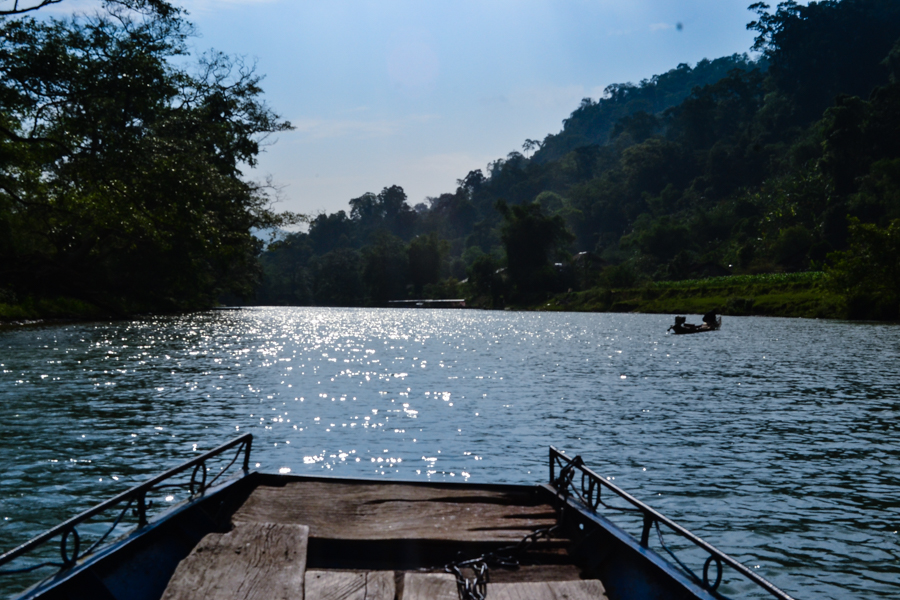 How Ba Be Lake is unique?

The lake was formed over 200 million years ago. The lake built up on the limestone mountains, creating the lake. The greatest value of Ba Be Lake is its unique geological landscape, outstanding geomorphological value and tremendous biodiversity value. This is the largest natural fresh water lake in Vietnam.

In 1995, Ba Be Lake was recognized by the World Hook Conference. Ba Be lake as one of 20 special freshwater lakes of the world that need protection. At the end of 2004, Ba Be National Park was recognized as the ASEAN Heritage Garden.

The Legend of Ba Be Lake 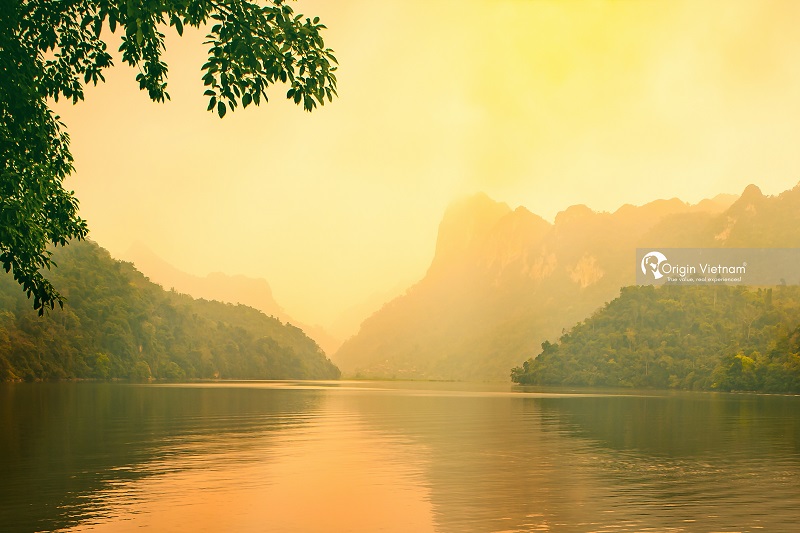 Every year Nam Mau villagers have held large worship ceremony, known as the price. People across the countryside are very crowded. One day, a leprosy lady came to the village to attend the ceremony. Her clothes are ragged, tattered. Grandma smells bad, very uncomfortable, causing people to shun. The old lady turned to this house to eat, was dismissed, taunted. People are afraid of transmitting leprosy.

However, some people feel pity. It was a widow, with her children. She was not disgusted. Asked her to enter the their house for foods. Then, willing to let the old lady sleep by night, in the corner of the granary, in the tent. At midnight, the mother and daughter suddenly wake up, hear the loud rumbling noise from the barn. Open the door, they did not see the old lady. But a large bending curl thunder like thunder. The mother came out scared. 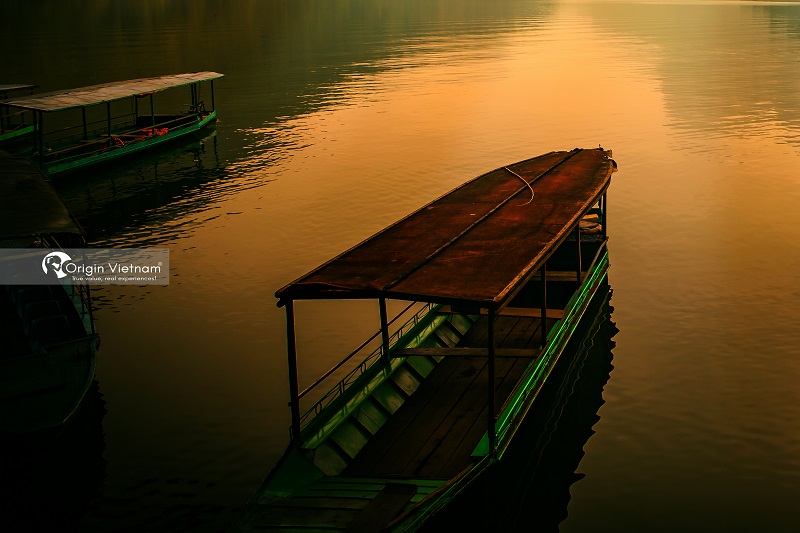 In the morning, She saw the old lady come out from the barn and said. “I am not really human, I am a dragonfly, just begging to beg for the charity of the faithful people. Everyone was chasing me, except you and your child. You are the Buddha’s mind, the inevitable punishment of the superior has entrusted me to execute, it is a great flood. Whenever the source of water begins to flow here, the mother and child run quickly to the top of the mountain avoiding the accident. Two pieces of rice husk will help children save ”

Finished, the old woman disappears. On the next day, while people enjoying the festival ceremony. But suddenly, where the water flowed to the sides, flooding into the valley. People climb the roof, climb the tree. But the water filled up forever, flooded both the roofs and tall trees. Everyone was died, except for the mother and her widow had rushed to get up on the top of the mountain, releasing two pieces of hull husks are two boats.

With heavy rain, mother and children rowing to save people. In the mountains, the mother and child built a small room to live. This place, later became a crowded village. Water in the three lakes, but boats can not go from lake to lake, because there are large dams blocking. The Ba Be Lake is wide, the water is as green as jade, prominent in the mountains and majestic mountains of North Vietnam. Lake is a small island, the locals call it Go Gac. 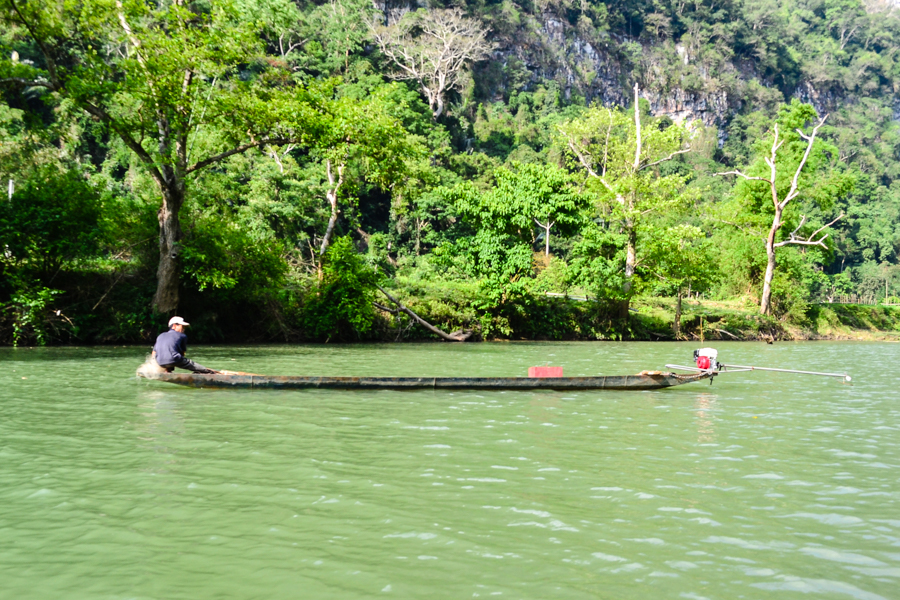 When is the best time to go to Ba Be Lake?

You can go to Ba Be Lake in the summer to enjoy the cool feeling of a mountain lake.

Come to the spring to participate in the Ba Be Lake Festival held on the 9th and 10th lunar month of the year. Rafting, wrestling, archery and traditional dance performances of ethnic groups are held during the festival.

How to get to Ba Be Lake?

Ba Be about 220km from Hanoi, travel time about 5h. The same trick offers some ways to move to Ba Be as follows

From Hanoi, there is a Thúy Nga car that runs directly to Ba Be from the My Dinh bus station.

Accommodation in Ba Be Lake

Within the Ba Be National Park area. There are about 4 business units in the hotel, most of which are located in Cho Ra and neighboring areas of Ba Be Lake. But the best option is homestay. There are about 10 households doing business in combination services. If you are a natural person, you should sleep in the village to enjoy the pleasant atmosphere. 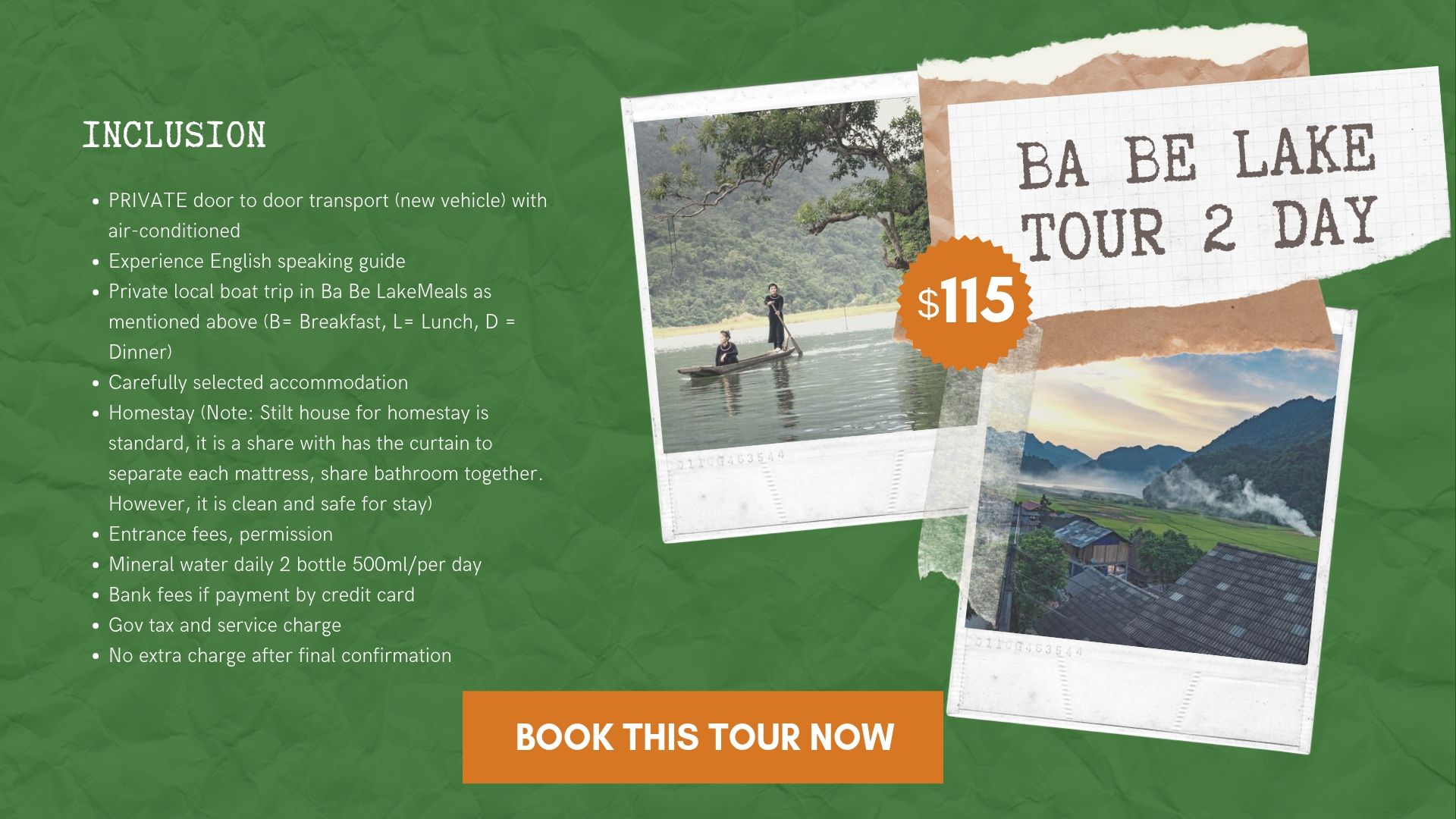 Please drop an email to sales@originvietnam.com or call direct to +84829098686 for All things need to know before travel to Ba Be National Park information.

The roads taking to north mountain area of Vietnam passing through Thai Nguyen, Bac Kan and Cao Bang with the most spectacular landscapes. It connects two famous visiting sites of Ba Be Lake and Ban Gioc Waterfall which are stunning scenery and experience local hill tribe life by homestay.
Click Here
Traveller's Choice

When you are looking for a new experience to get your senses of adventure and trekking, Ha Giang to Ban Gioc waterfall and Ba Be

Tour Ba Be Lake and Bac Son Valley 3 days will take you to get different experience at natural beauties and amazing valley. It is

Discovery Ha Giang and Ba Be Lake tour 5 days will lead you to visit the most incredible beauty spot in the North of Vietnam.

All things you will need to know before travelling to Bac Kan & Ba Be National Park!

Ba Be Lake is the top travel destination in Bac Kan province. This is a freshwater lake in Bac Kan, Vietnam. One of the 100

That could be a get new experience of travel stories and taste local ingredients in traditional and local cuisines. It will take you into stepping of discover hidden of Ba Be Lake, Ba Be National Park and minorities people in Bac Kan, Vietnam!

Hotels and Homestay in Ba Be National Park, Bac Kan

Can Travel Combined Ha Giang And Ba Be Lake