How many destinations have you visited come in Vietnam? Follow the article to explore Ngu Hanh Son, one of the splendid scenery in the Danang – Hoi An tour.

Nature always gives us so many mysteries to experience and appreciate. Most of them are hidden under the beauty landscapes. And Vietnam is one of the country that is gifted with so many of them.

Across the country are many majestic landscapes, especially mountain. And Ngu Hanh Son is one of those destination. You can explore and discover this glorious place by taking part in Danang Hoi An tour.

The location of Ngu Hanh Son 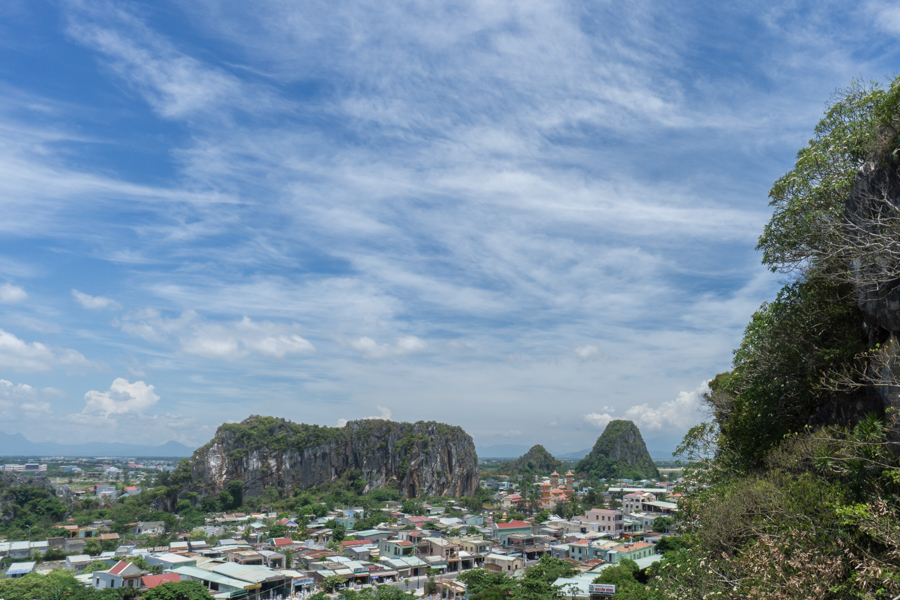 Ngu Hanh Son is about 8 km away from the center of Da Nang City. It is based in the immense sand near the seaside in Hoa Khue Village, Hoa Vang Province, Ngu Hanh Son Ward. Ngu Hanh Son was built by five mountains, making a Ngu Hanh system. This is the masterpiece that the nature gave Da Nang City. From above, Ngu Hanh Son resembles the sky’s hand to affirm here is the sacred land.

Ngu Hanh Son was created by the mountains Kim Son, Moc Son, Thuy Son, Hoa Son and Tho Son. Well, Thuy Son is the highest and most beautiful mountain. These small mountains were named by King Ming Mang under Nguyen Dynasty. There is no doubt whether Ngu Hanh Son becomes the indispensable place in your Vietnam vacation.

The legend of Ngu Hanh Son

According to the legend of the Cham people, once upon a time, there was a fishing man living near the immense sand of the seaside. One day, he saw the huge dragon (Naga God) flying there for reproduction. Suddenly, a golden turtle called Kim Quy God appeared by itself. It digged the sand and put an egg into it. After that Kim Quy God gave him its toenail and taught him how to protect the egg. Thanks to the toenail, he can prevent the eagles and wild animals.

The days gone by, the egg grew rapidly and a beautiful girl got out of from the egg. Surprisingly, the shell of the egg was divided into five pieces and became five mountains as today. Those are Kim, Moc, Thuy, Hoa, Tho mountain. The fives make up Ngu Hanh Son – a highlight destination in Danang Hoi An tour! 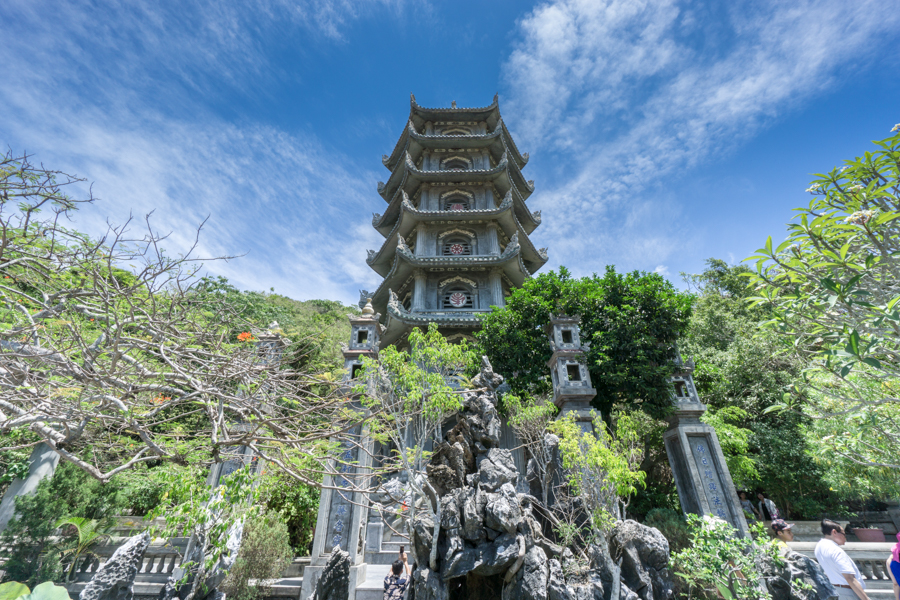 Almost 200 years ago, King Minh Mang used to come here. He dubbed the mountain, pagoda, grottos on his own. It took a lot of time for him to dub names such as Ngu Hanh Son, Huyen Khong, Van Nguyet, Thien Long. There is a certain thing that the scenery of Ngu Hanh Son had an important place in his heart. For Vietnamese visitors, standing at this site make us feel proud of our country. Here, historical cultural remains are still indicated clearly through temples, pagoda works in the early 19th century.

The poetry relics under Le, Tran Dynasty has still been marked on the cliff moss in grottos. Typically, the historical cultural remains are outstanding such as the tomb of the tycoon Tran Quang Dieu’s mother, the shrine of Ngoc Lan Princess, Ba Tho Cave, Kim Son Mountain, Hell Grotto. All are the eloquently evidences about the legendary Ngu Hanh Son, the spiritual masterpiece land of Vietnam. 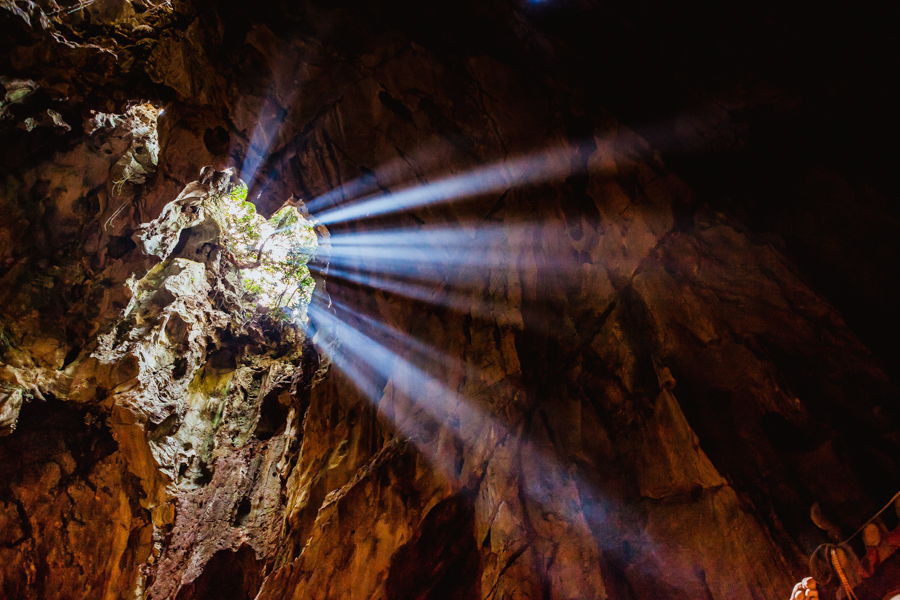 This is an unmissed place in Danang Hoi An tour to know more interesting stories relating to the formation, the construction and feature of Ngu Hanh Son Mountain. There are different legends for each mountain. The charming beauty combines with the ancient of fairytales make Ngu Hanh Son remarkable for visitors. According to chinese philosophy, Kim, Moc, Thuy, Hoa, Tho are five elements that create the universe.

They symbolize for metal (Kim), tree (Moc), water (Thuy), fir e(Hoa), and the last one soil (Tho). Each mountain has its own beauty. Kim Son is the evidence of this. Kim Son, or Kim Mountain is located to the Southeast next to CoCo riverside. By riding boat on the river, tourists can catch the view of mountains, temples that reflected on the smooth water’s surface. There is a grotto lies under the Kim Mountain.

Here are what you need to know about Danang Hoi An tour and the extremely excellent place Ngu Hanh Son Mountain. Wish you have the unforgettable trip here. For more information about Vietnam tours, contact Origin Travel.

Origin Vietnam offer 1 day tour city Danang from port for traveller who have only 1 day off shore from cruise ship. It’s a amazing

Dien Hai Citadel located on the bank of the Han River. It foundation the Gia Long dynasty in 1813, formerly known as Dien Hai. It’s

Ecotourism is becoming a key trend in the selection of visitor destinations. If you have arrived in Da Nang city. So you should not miss

Dry cake is typical of Quang Nam – Da Nang. But perhaps the sesame cake produced in Cam Le village is famous for its delicious