In the eyes of most tourists, Danang shows up with the image of a young, civilized and modern coastal city. But, did you know that in this beautiful city. There are still idyllic, rustic rural pictures – these locations are not located in the outskirts. But in the heart of the city! Can you guess where that is? These are traditional markets – intact markets of rustic beauty of Quang people. If you are interested in this, then follow Origin Vietnam to discover the most famous markets in Danang right now. 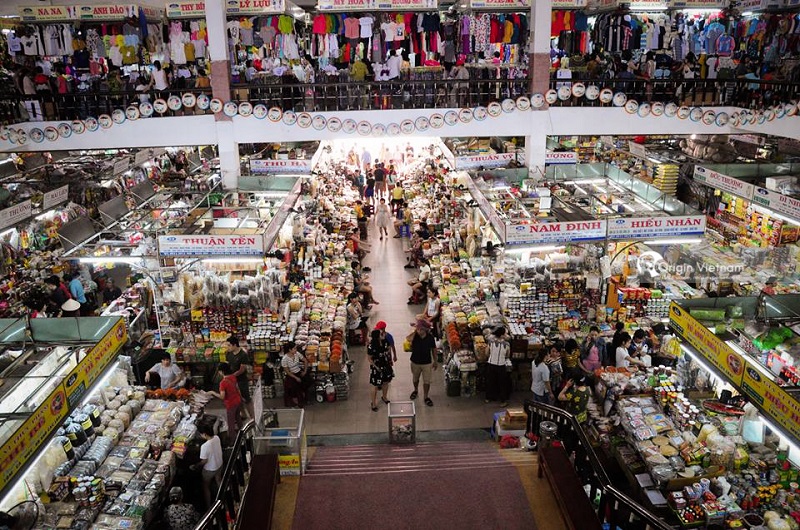 If it comes to Da Nang market, we have to say immediately to the Han market. It’s the most famous and oldest market in Da Nang.

At first, the market was just a single paint market located along the Han River and until Da Nang became a concession of France and changed its name to Tourane. Then Han market was invested and built solidly with the communal houses and kios. Since then, the Han market in particular and Da Nang in particular have just started a new development journey. The journey to become a major trading center of the Central region.

Today, although it no longer occupies the central position of Da Nang trade as before. But this market has become a famous tourist destination that no tourists can ignore when going to the coastal city. Danang. With the location right in the center of Da Nang – 4 façades including 2 adjacent sides of Tran Phu and Bach Dang streets, the tourist roads of Da Nang. In addition to being located in the center of the city. Han Market is also a place to buy and sell a lot of specialties of Da Nang. Such as fish sauce, dried seafood … If coming to Da Nang and want to bring about the region’s products. You should not ignore the Han market! 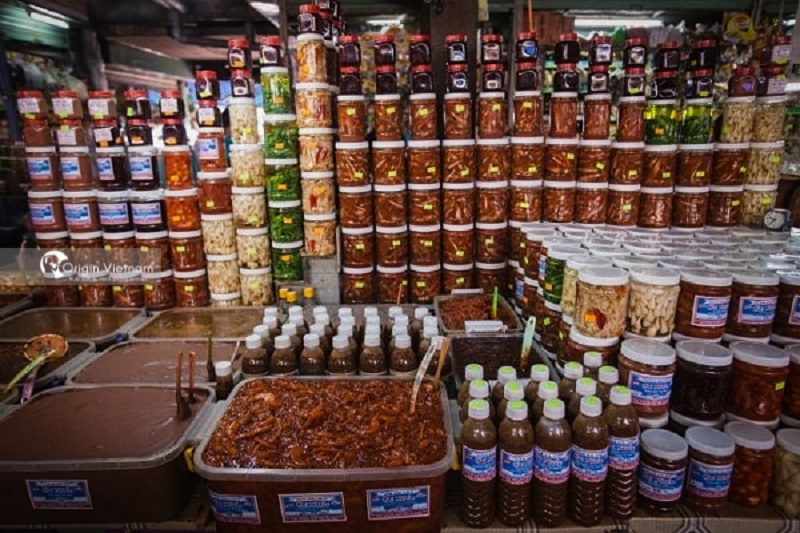 After the Han market, Con market is the next famous market that you should not ignore when coming to Da Nang. You must be feeling “enlightened” about this rather unique name of this market, right? The name “Con market” comes from the fact that this market was previously built on a sandy area full of reeds – this name also came randomly. But gradually it became the name. Official and sustainable with the most time of this market.

To Con market, besides the daily items, this market is also known as the “heavenly fast foods” of Da Nang with gold from dishes to eating. If you are a “food lover”. Con market will be a place for you in your journey to discover Da Nang cuisine. In addition, coming to Con market, you will find many specialties of Da Nang. If you feel curious about this largest market in Da Nang. Then on your journey to the city, do not forget the name of Con market on the list of places to visit! 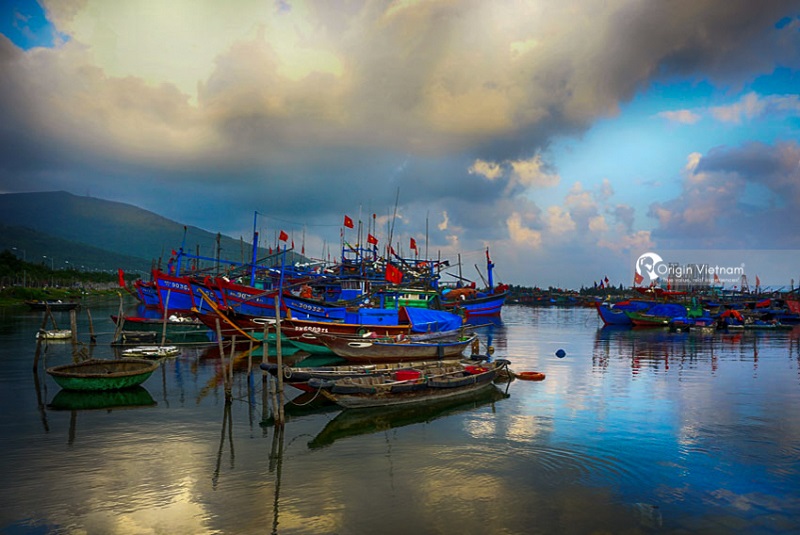 After Han market and Con market. Tho Quang fish market is the next market you should not ignore when coming to Da Nang. Why do you say that? Because here you will be able to easily search and unleash immersed in the freshest, cheapest seafood that has just been brought ashore. Tho Quang fish market is actually a fish and seafood port, which is a landing place for most fishing boats in Da Nang. This area is the fishing port to replace the fishing port on the previous 3/2 road – due to the need to ensure urban planning. The fishing port has been relocated to Tho Quang shipyard.

To be able to explore Tho Quang fish market and choose for yourself the best fresh seafood. You will need to go in the early morning. Because that the time when most of the fishing vessels dock. How to move to Tho Quang fish market, just one way through Thuan Phuoc bridge or along the sea along Tran Hung Dao or Ngo Quyen roads. You can come to this interesting seafood market.

Coming to Tho Quang fish market, you will surely not be surprised with the bustling and lively scene of this place while the rest of Da Nang is still sleeping. 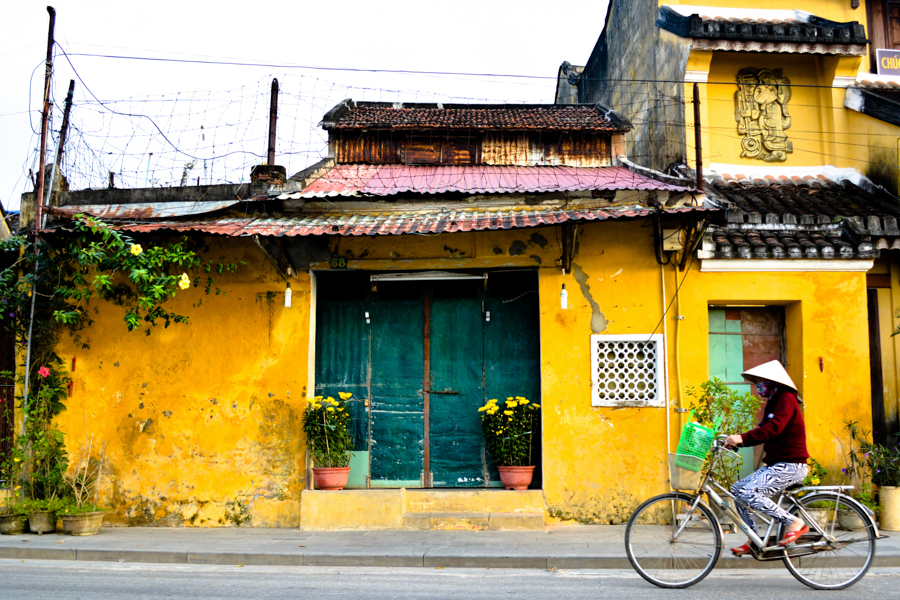 The Packages Da Nang Hoi An Private tour 4 days will be the great journey for you to discover two beautiful cities in Central Vietnam. 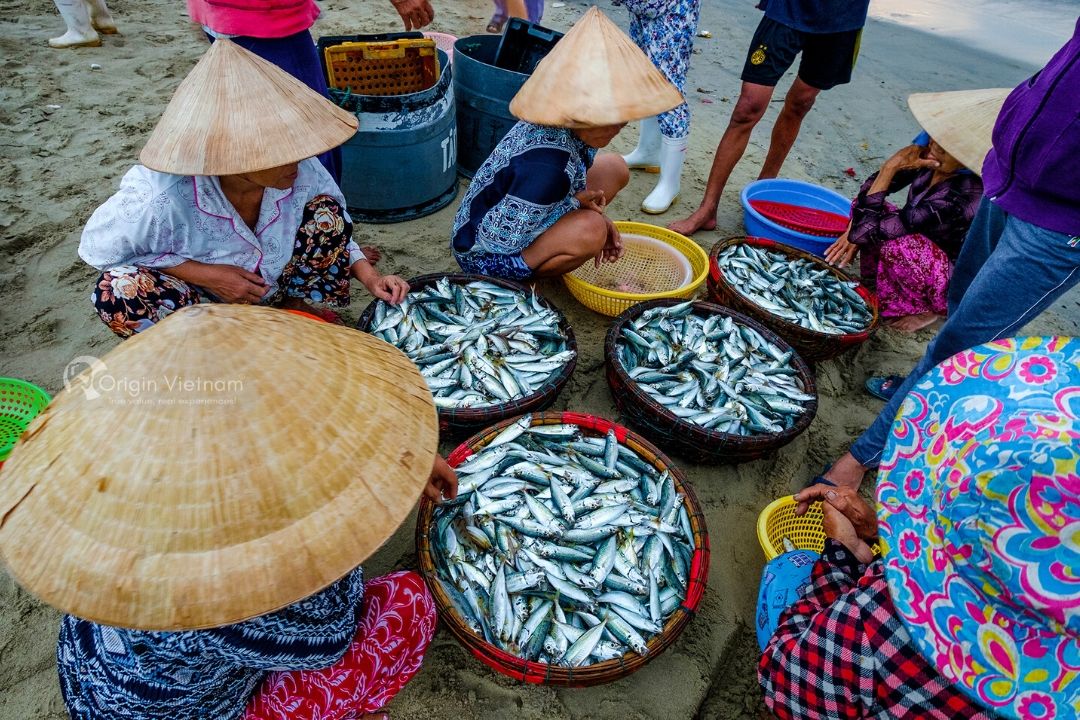 Not at a luxurious restaurant with an English menu. In this tour, you will be enjoyed street food vendors, family restaurant. Eat and drink Vietnamese 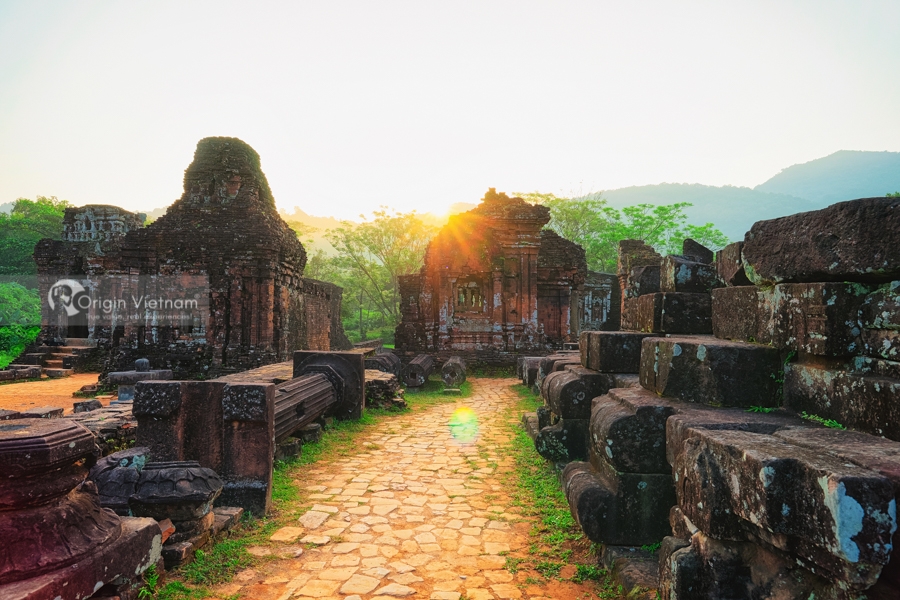 My Son Sanctuary Tour From Danang

Cham Museum or Da Nang Cham Museum has a very own character, both romantic and ancient, a unique highlight of Danang tourism foreign tourists love

If you want to travel to two great cities of Vietnam – Da Nang and Hoi An, you will find many tours Da Nang to

The first Buddhist museum in Vietnam is located on the 700m2 campus of Quan The Am Pagoda, Ngu Hanh Son District, Da Nang City, which

Is it first time travel to Da Nang? How is different Italian food here? Here are Top 5 Italian Restaurant in Da Nang that convey

It’s not wrong to say that Ba Na is known as the “green lung” of Da Nang City. Because this is the only place that 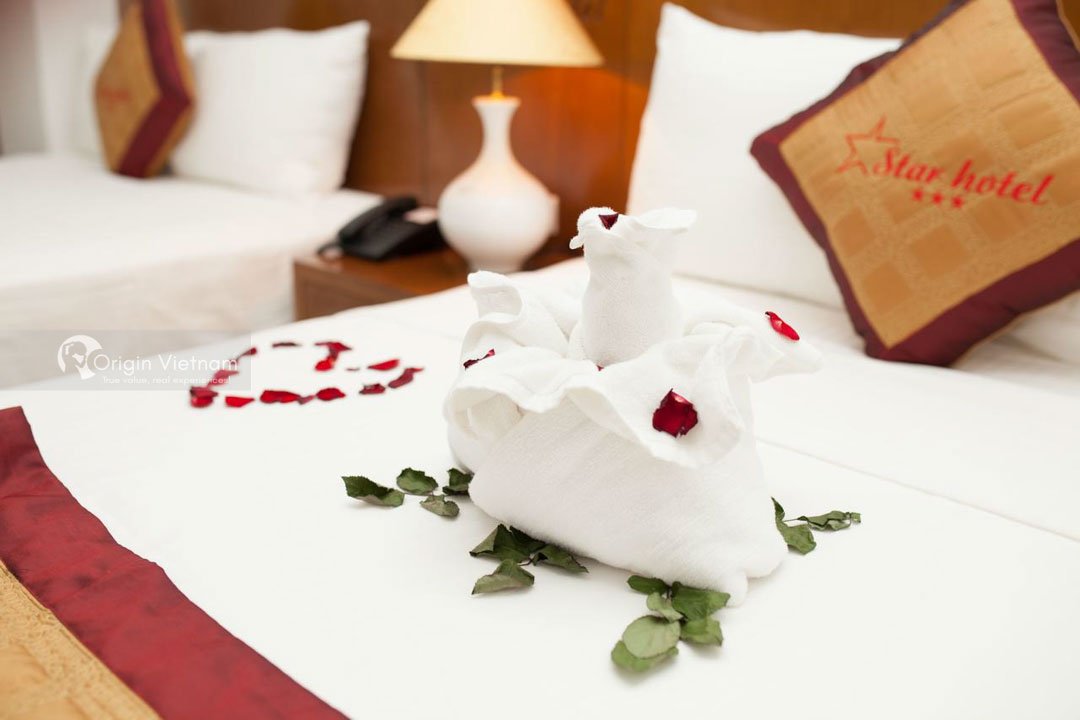 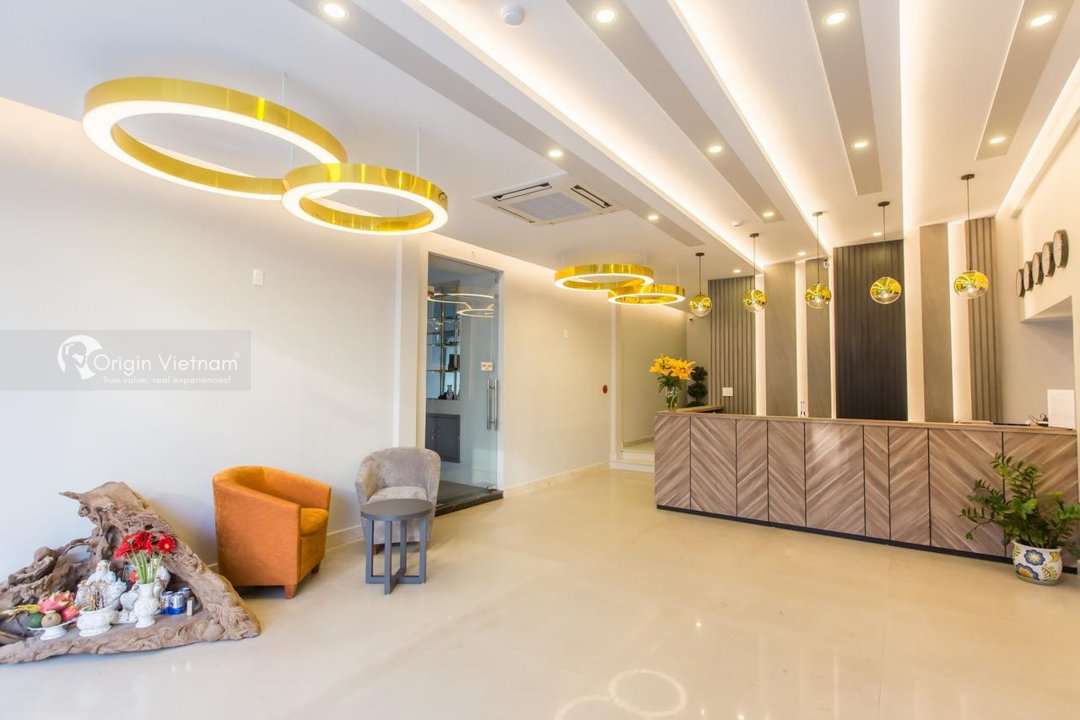 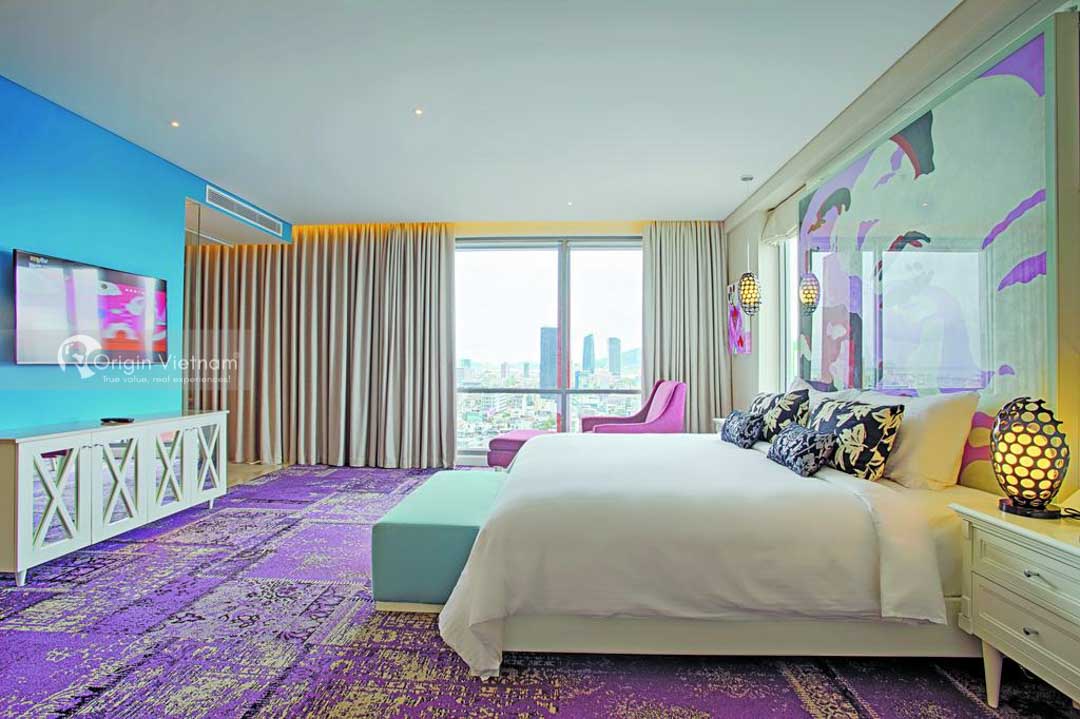 Da Nang city tour: A tour you should never miss out