The majestic scenery of Ban Gioc waterfall or the mysterious beauty of Nguom Ngao cave will make visitors unforgettable. Find out about Cao Bang’s destinations extremely well-loved by the traveling world. 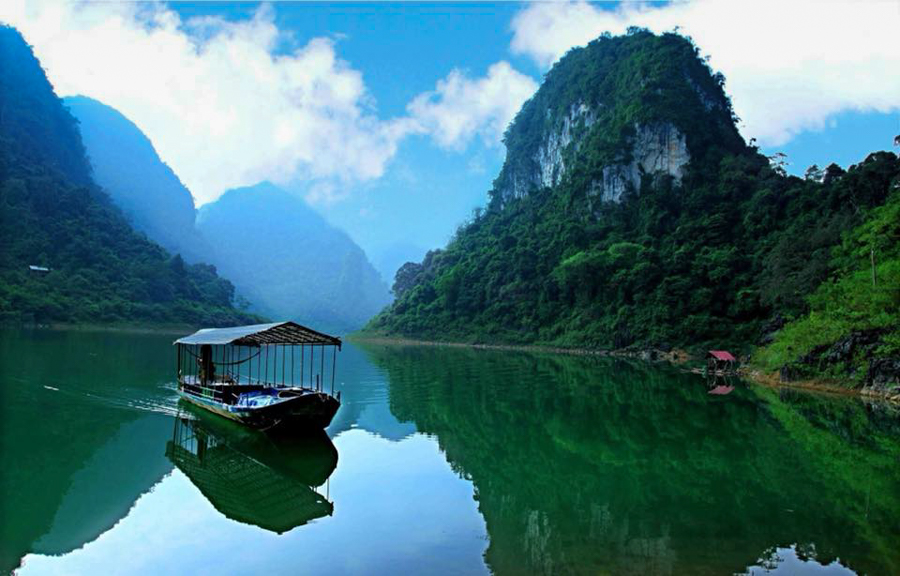 Thang Hen Lake is located at an altitude of 1,000 m above sea level, in Quoc Toan commune, Tra Linh district. From Cao Bang city center, it only takes about an hour to ride here. Many visitors such as the first world. The lake is located in the middle of a majestic mountain area, the blue water surface reflects the shadow of cliffs. 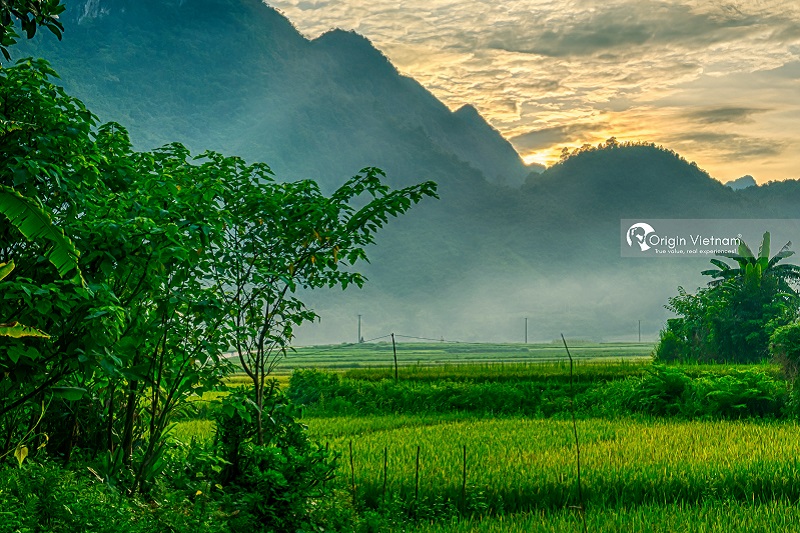 Giong village (Duong) belongs to Tien Thanh commune, Phuc Hoa district. The population here is mainly Tay people with about 75 households. Visit Giong village, you will be immersed in the clean, cool air that is rarely available. This land is also famous for the Nang Hai festival, which is recognized as a national intangible cultural heritage. In particular, the scenery is even more impressive if visitors stop by their feet during the ripe season. 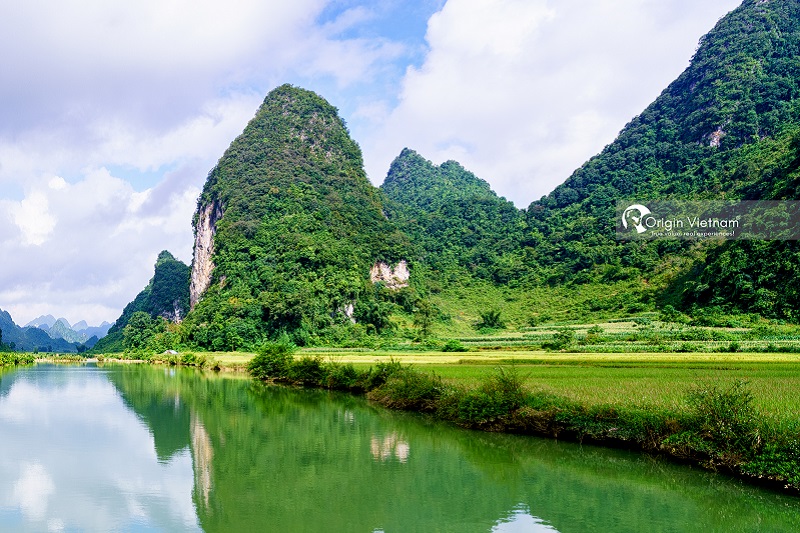 The Que Son river originates from Guangxi province, China flows through Vietnam territory near the Po Peo border gate, Trung Khanh district. The river section running through Vietnam is 49 km long. This is the place that always attracts tourists by the beautiful scenery on both sides. 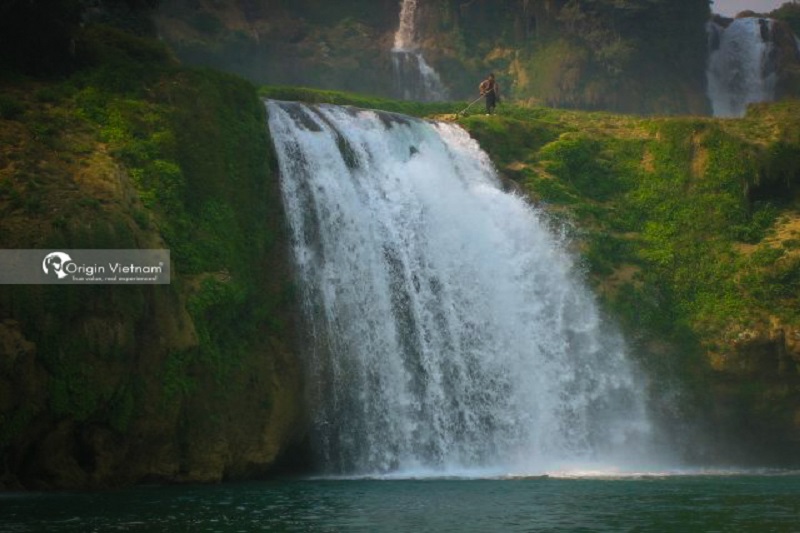 As a white silk strip across the Northeastern and Ban Gioc waterfall. It is the most beautiful waterfall in Vietnam. Also it’s the largest in Southeast Asia and the fourth largest natural waterfall in the waterfalls. The waterfall is located in Dam Thuy commune, Trung Khanh district, about 20 km from the district center. Come here, visitors can admire the scenery. You can do bamboo rafting also walk around the waterfall. 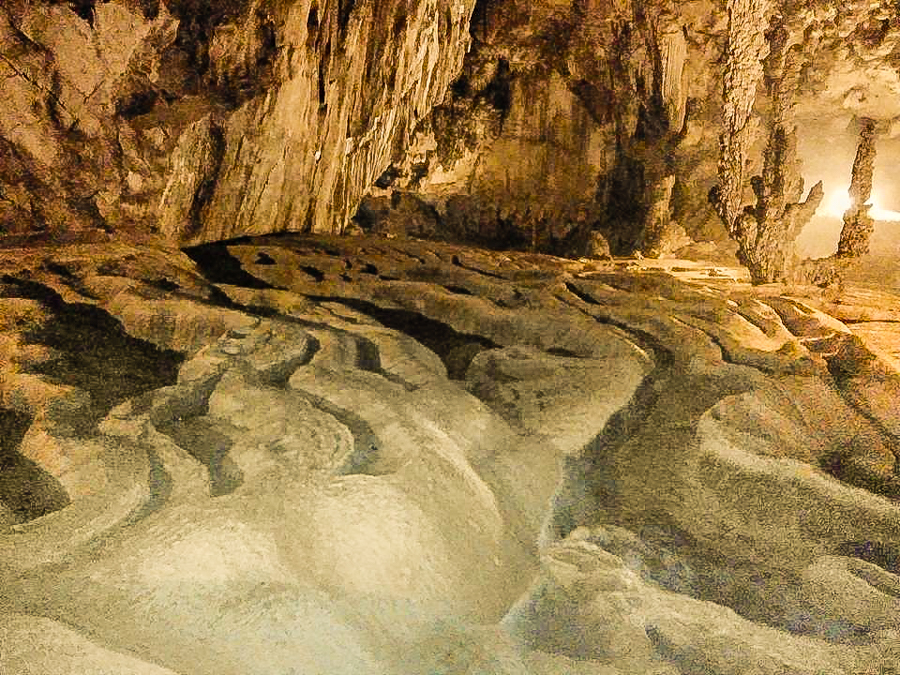 Not far from Ban Gioc waterfall, you will admire the mysterious beauty of Nguom Ngao cave. With an amazing stalactite and stalagmite system. Also this cave considered as one of the most beautiful cave in Vietnam.

The road to visit in Nguom Ngao is about 2 km long, and is accessible by Nguom Lom gate and is made by Nguom Ngao door. This walkway is covered with concrete, with bright lights. However, this path is broken in the middle of the cave. Where the ceiling is the highest. 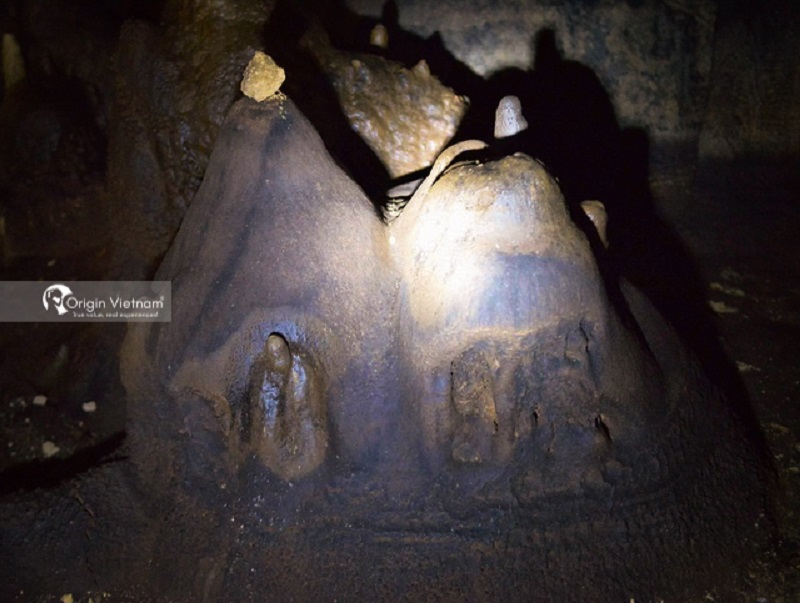 Nguom Puc is 100 m deep, located deep in the rocky mountains bordering Le Loi commune of Thach An district (Cao Bang) and Quoc Khanh commune, Trang Dinh district (Lang Son). Stretching from the door to the inside is a very beautiful pristine stalactite system. To explore, you must overcome the difficult terrain. This place is still not known by many tourists. 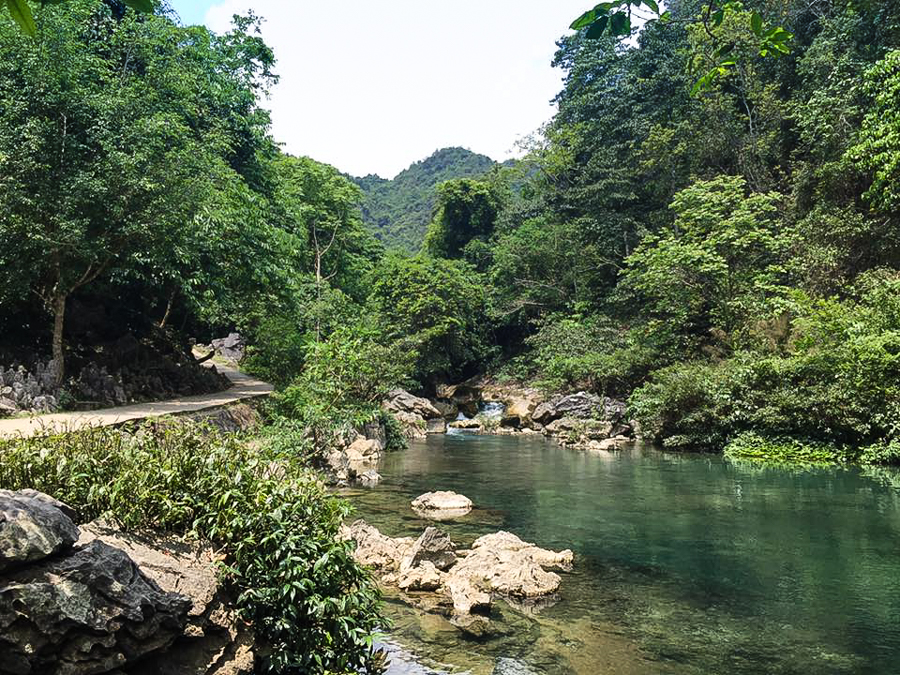 It’s about 55 km north of Cao Bang City. Pac Bo relic is located in Truong Ha commune, Ha Quang district. This is a famous revolutionary monument in the beginning of the country, where President Ho Chi Minh worked and directly led the nation’s network.

Here, visitors can visit the cool green Lenin spring or Coc Bo cave, The Marx mountain… Someone even likens Pac Bo as a Nine-Camp fishing cottage of Vietnam with water. pristine trees, fresh air, quiet. Keep reading All things need to know before travel to Cao Bang at Origin Vietnam.

Where you have chance to visit the many magnificent Ban Gioc Waterfall in Vietnam. You’ll be travelling throughout remote areas in the northern of Vietnam, brushing across the Chinese border and stay with local families in discover about the distinctive cultures and traditions life of Tay ethnic minority.
Click Here
Top Choice 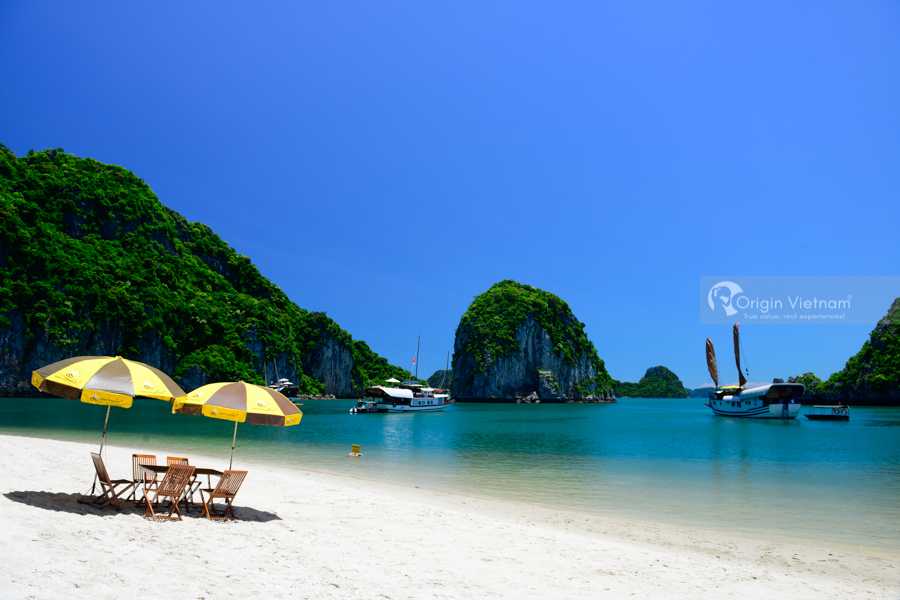 Ban Gioc Waterfall Tour Package: Enjoy the stunning view of Northeast Vietnam This travel throughout the north east of Vietnam emphasizes the immense beauty of 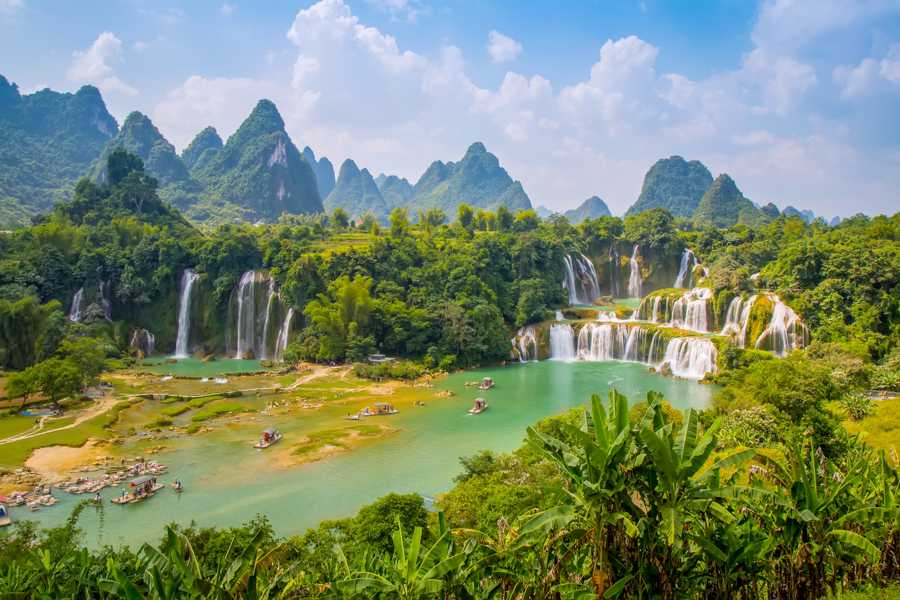 The roads taking to north mountain area of Vietnam passing through Thai Nguyen, Bac Kan and Cao Bang with the most spectacular landscapes. It connects 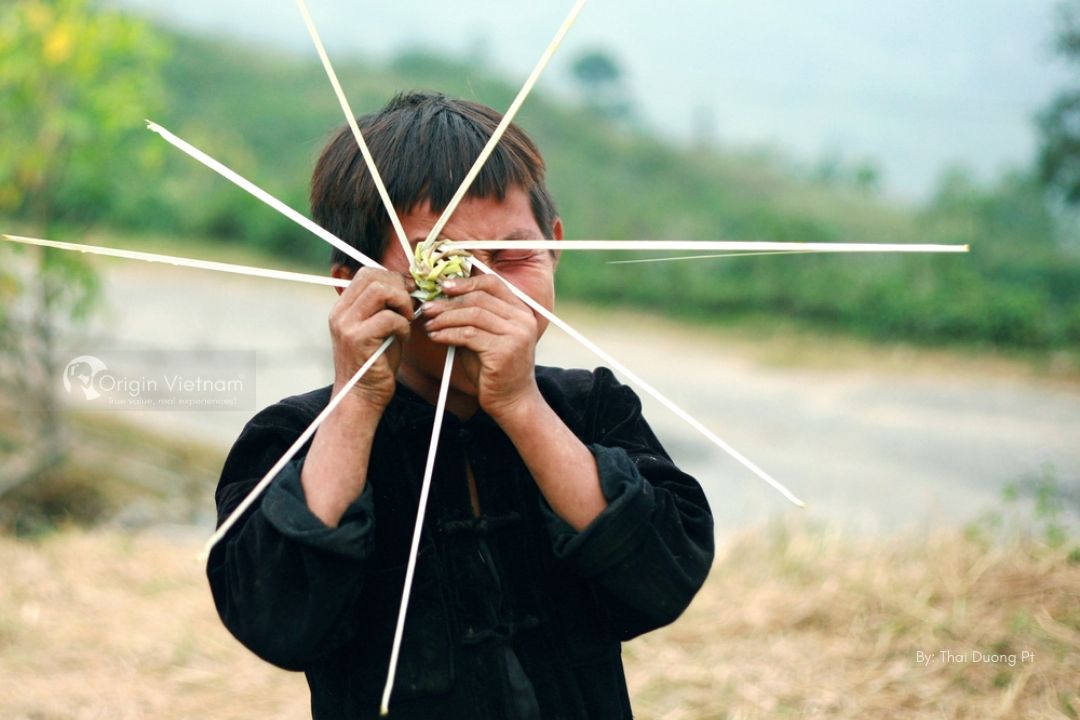 When you are looking for a new experience to get your senses of adventure and trekking, Ha Giang to Ban Gioc waterfall and Ba Be

Ban Gioc waterfall is located between Vietnam and China. If viewed from the bottom of the waterfall. The waterfall on the left and the western

Top Things to Do in Cao Bang

Cao Bang is the headland province of the country in the Northeastern region of Vietnam. The West borders Ha Giang and Tuyen Quang, the South

Get new experience of travel stories and taste local ingredients in traditional. It will take you into stepping of discover hidden of Vietnam!

Top 5 Destinations After the Covid-19 Pandemic